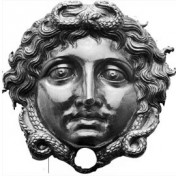 From Hercules to Alexander

551 ancient artefacts found in the ancient Macedonian site of Aigai during the last 20 years will be shown for the first time in a grand exhibition organized in the Ashmolean Museum, Oxford.

The exhibition “From Hercules to Alexander” takes us back to the times where myth gave its place to history and the Royal House of Hercules which flourished in the city of Aigai, being the cradle for legendary monarchs such as Perdiccas, Philip II and Queens such as Eurydice and Olympias and paving the way to Alexander the Great.

The group of finds aims to demonstrate the continuity of Macedonian kingship from the Iron Age to the Hellenistic Period and beyond. The most outstanding artifact to do so? The golden headdress found in the tomb of Alexander’s little son, Hercules, murdered at the age of 17 and buried in the ancient capital – just one of 527 artifacts seen in public for the first time.

Beyond the modern political problems surrounding the term “Macedonia”, the exhibition is an ode to Hellenism. Images from Aigai are full of Greek inscriptions and typically represent Greek art.

The exhibition opens its doors in the coming April.