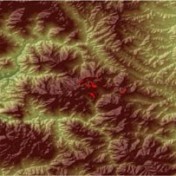 The highest Neanderthal sites in the world have revealed Greek archaeologists working on the north side of the Pindos Mountains, around Samarina and Smolicas Peak. According to an announcement on the Greek newspaper “Aggelioforos”, the archaeologists, working on a research project under the auspices of Aristotle University, Thessaloniki, have identified two open settlements of Upper and Middle Palaeolithic date surveying in an altitude more than 1.700 m. The settlements have been connected with the last Neanderthal hunting-gathering communities of the Balkans, which lived a bit prior to the appearance of Homo Sapiens.  Finds consist of stone tools and other objects, dating 50.000 years ago.