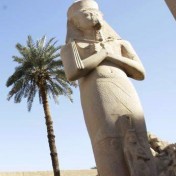 Egyptian Archaeologists Asking for a Leader

Egyptian archaeologists threaten with a strike unless a Head of the Antiquities Service is appointed. According to an official announcement to the Prime Minister Essam Sharaf, the strike is programmed for the coming Sunday.

Archaeologists are urgently calling for a Head as this seems to be solving many problems. On the one hand, the government is unable to handle security issues visible by the recent lootings of archaeological sites and magazines around Egypt. Also archaeological circles in Egypt seem to be divided concerning the visit of UNESCO delegation to the country. While some of them agree with UNESCO intervention, others criticize the UNESCO delegates as completely unaware of what causes the problems they are coming to solve (the depth of corruption and the archaeologists’ and archaeological workers work conditions) as well as the connection between sites and local communities. The UNESCO delegates seem also ignorant of the power dynamics (their organized contacts with yet unknown and unrecognized “Egyptian authorities” being an example).

But facing division, what the archaeologists know is that Egypt can face its problems by building its infrastructure. There is positivity.  The newfound openness seen in certain archaeological authorities according to some archaeologists working to recover stolen artefacts is remarkable. So what is needed is not a foreign delegation but an Egyptian Head of Antiquities to supervise protection, grand access to sites and permissions for digging to archaeologists. This is why Egyptian archaeologists are protesting for and what are asking for. We whsh them the best…