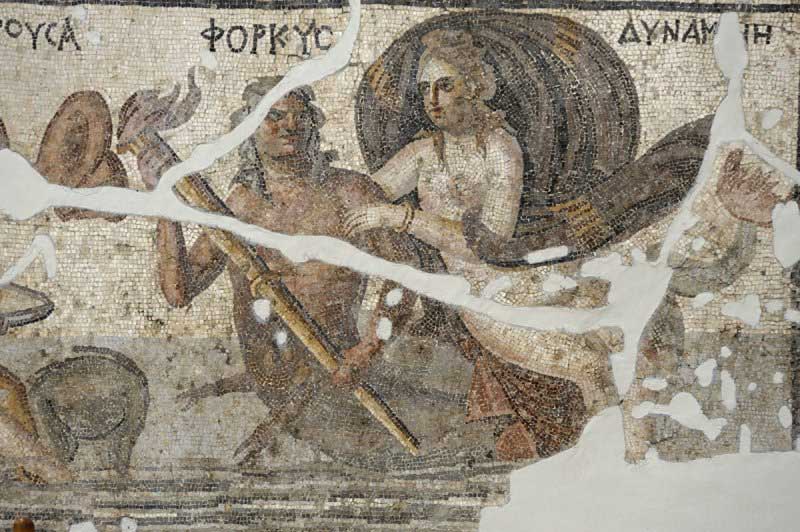 Turkey: country’s largest mosaic to end up in museum-hotel

It will be exhibited along with other findings from April 2013

The largest ancient mosaic ever discovered in Turkey is at the centre of works that will see the archaeological discovery housed in the raised basement of a hotel that will soon double up as a museum. This is according to the Turkish agency, Anadolu, which says that the mosaic, which was found during excavation works for the hotel in Antakya, in Hatay province, has a surface area of 850 square metres and is likely to be exhibited along with other findings from April 2013.

The project to recover the mosaic began in July and the construction of the hotel is continuing under the supervision of officials from the Museum of Hatay. No machinery is being used, as there are fears that it could damage the delicate artefacts.

The future exhibition space will have a surface area of 17,000 square metres and the hotel will have 200 rooms, with total investment of 60 million dollars. The museum will also include an ancient marble floor of 3,000 square metres, which was discovered at the archaeological site.

Hatay province is already home to Roman period mosaics. Antioch, which lies close to the Zeugma/Samandag archaeological site, has a collection considered to be the second largest in the world behind Tunis, an accolade coveted by “the largest mosaics museum in the world”, which was opened last month in the Turkish city of Gaziantep.