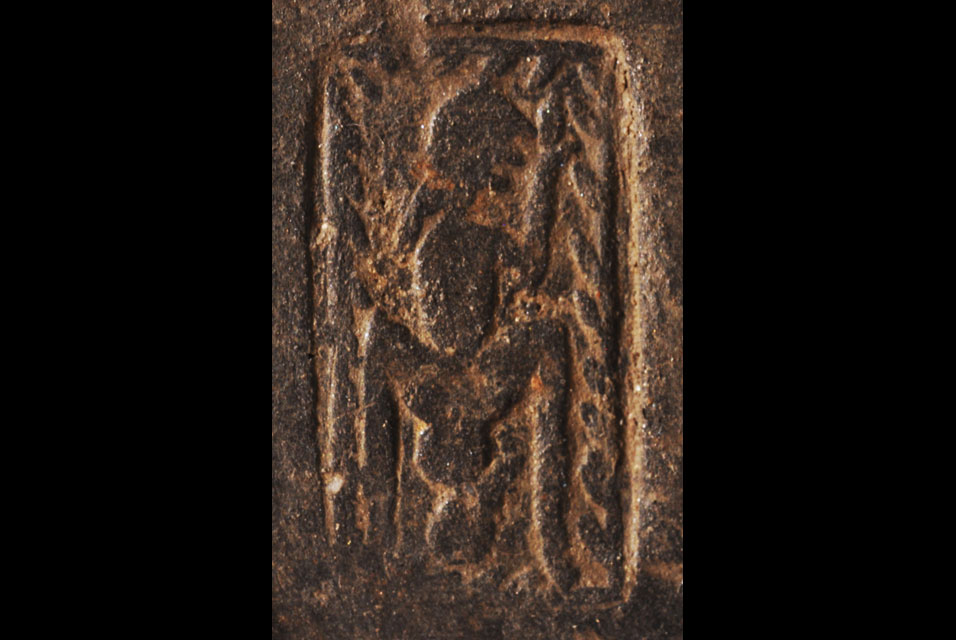 Who were the mother and child?

An archaeological excavation at Poggio Colla, the site of a 2,700-year-old Etruscan settlement in Italy’s Mugello Valley, has turned up a surprising and unique find: two images of a woman giving birth to a child. Researchers from the Mugello Valley Archaeological Project, which oversees the Poggio Colla excavation site some 20 miles northeast of Florence, discovered the images on a small fragment from a ceramic vessel that is more than 2,600 years old. The images show the head and shoulders of a baby emerging from a mother represented with her knees raised and her face shown in profile, one arm raised, and a long ponytail running down her back.

The excavation is a project of Southern Methodist University in Dallas, Tex., Franklin and Marshall College in Lancaster, Penn., and the

University of Pennsylvania Museum of Archaeology and Anthropology, in collaboration with The Open University in Milton Keynes, England.

The identification of the scene was made by Dr. Phil Perkins, an authority on Etruscan bucchero and professor of archaeology at The Open University. “We were astounded to see this intimate scene; it must be the earliest representation of childbirth in western art,” said Dr. Perkins. “Etruscan women are usually represented feasting or participating in rituals, or they are goddesses. Now we have to solve the mystery of who she is and who her child is.”

“The birth scene is extraordinary, but what is also fascinating is what this image might mean on elite pottery at a sanctuary,” said Dr. Greg Warden, professor and associate dean for academic affairs at the Meadows School of the Arts at SMU and a director of the Mugello Valley Archaeological Project. “Might it have some connection to the cult, to the kind of worship that went on at the hilltop sanctuary of Poggio Colla?”

The fragment was excavated by William Nutt, who is a graduate student in anthropology at the University of Texas at Arlington and who is legally blind. Nutt was participating in the Poggio Colla Field School, which has operated for six weeks every summer since 1995. Under the supervision of faculty from U.S. institutions and graduate students in classical archaeology and anthropology, the field school has trained approximately 20 students each year, from more than 70 American and European universities, in the theory and practice of archaeological research. Through excavation and scholarship, these students have played an integral role in understanding the Etruscan occupation of the Mugello Valley.

“I was very grateful to be accepted to the summer program at Poggio Colla – it was my first archaeological dig,” said Nutt, who is attending UTA under a National Science Foundation fellowship. “I found the artifact at the beginning of my second week there. It was quite dirty, and we weren’t sure what it was until it was cleaned at the onsite lab and identified by Dr. Perkins. It was thrilling to find out that it was so significant. To make a discovery like that, which provides important new information about a culture we know so little about, is exactly what makes archaeology and anthropology so appealing.”

The ceramic fragment is less than 1-3/4 x 1-1/4 inches (4 x 3 cm), from a vessel made of bucchero. Bucchero is a fine, black ceramic material, embellished with stamped and incised decorations, used to make eating and drinking vessels for Etruscan elites. Typically, stamped designs range from abstract geometric motifs to exotic and mythical animals. There are no known Greek or Roman representations of the moment of birth shown as clearly as the Poggio Colla example until more than 500 years later. The fragment dates to about 600 B.C.E. (Before the Common Era).

Because the site at Poggio Colla has produced numerous votive deposits, scholars are certain that for some part of its history it was a sacred spot to a divinity or divinities. The abundance of weaving tools and a stunning deposit of gold jewelry discovered earlier have already suggested to some scholars that the patron divinity may have been female; the discovery of the childbirth scene, because of its uniqueness, adds another piece of evidence to the theory.

“This is a most exciting discovery,” said Dr. Larissa Bonfante, professor emerita of classics at New York University and a world-renowned expert on the ancient Etruscans. “It shows an image of a type so far unknown in Etruscan context, and gives us plenty to think about as we try to understand its religious significance.”

A paper about the find will be presented at the annual meeting of the Archaeological Institute of America in Philadelphia in January. The paper, titled “Defining Northern Etruria: Evidence from Poggio Colla (Vicchio di Mugello),” will be presented by Dr. Ann Steiner, provost, dean of the faculty and Shirley Watkins Steinman Professor of Classics at Franklin and Marshall College.