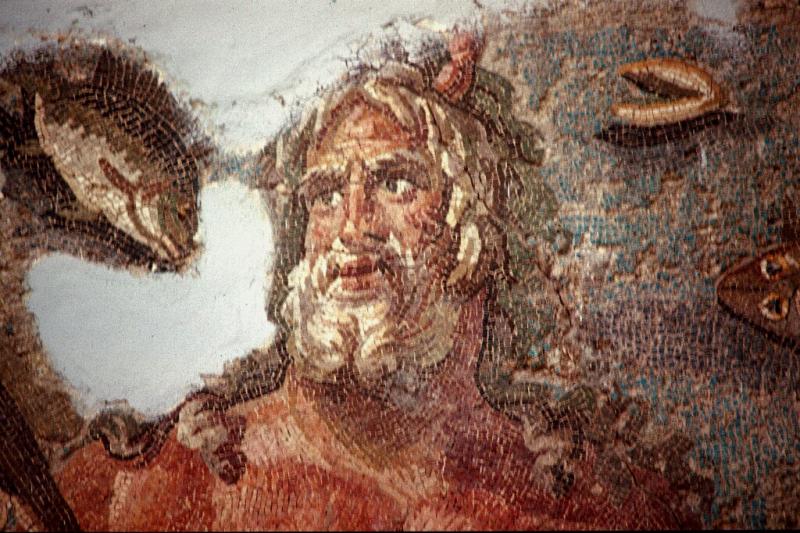 Numerous historical artifacts at the Hatay Archaeology Museum, which hosts some of the world’s richest mosaic collections, have been opened to everyone as part of a new online project.

The Hatay Virtual Archaeology Museum now includes high-resolution photos of around 100 priceless artifacts, 80 of which are mosaics, at the museum’s website.

The project has been prepared so as to better promote the museum’s artifacts to the world and draw more people to the museum in the southern province, Hatay Archaeology Museum Director Nalan Yastı recently told Anatolia news agency.

She said volunteer organizations took high-resolution photos of mosaics and historic artifacts in the museum before uploading them to the Internet along with information explaining the significance of the works displayed, as well as their background mythology.

“People seeing the artifacts on the Internet will scientifically benefit from these artifacts. Also, people who have not heard the name of Hatay so far will come to the province thanks to the website,” Yastı said.

Noting that the information provided on the website was in both English and Turkish, the museum’s director said: “I believe that the number of visitors to the Hatay Archaeology Museum will increase in 2012 and the next years.”

Yastı said the virtual museum, which opened at a ceremony on Dec. 15 at a ceremony that drew the participation of Culture and Tourism Minister Ertuğrul Günay, went online after a one-year preparation process.

The director, who invited visitors to come see the cultural richness of the museum in person, said the venue was home to nearly 40,000 artifacts.

“The virtual museum is like a trailer for cinema films. Trailers promote films with the most attractive scenes and people want to see the movies. Just like that, this virtual museum will fascinate people and they will want to visit the museum,” Yastı said.

Hatay, which is located in Turkey’s Mediterranean region next to Syria, is known for its wealth of archaeological heritage as it has been a crossroads for civilizations throughout the ages. Home to one of modern Turkey’s most cosmopolitan religious and ethnic make-ups, the province was also recently selected to become the fourth UNESCO World City of Gastronomy.

The Culture and Tourism Ministry, the Hatay Governor’s Office, Antalya Municipality, the Hatay Museum Directorate and the Antakya Chamber of Trade are organizing the virtual museum under the sponsorship of international software giant IBM.