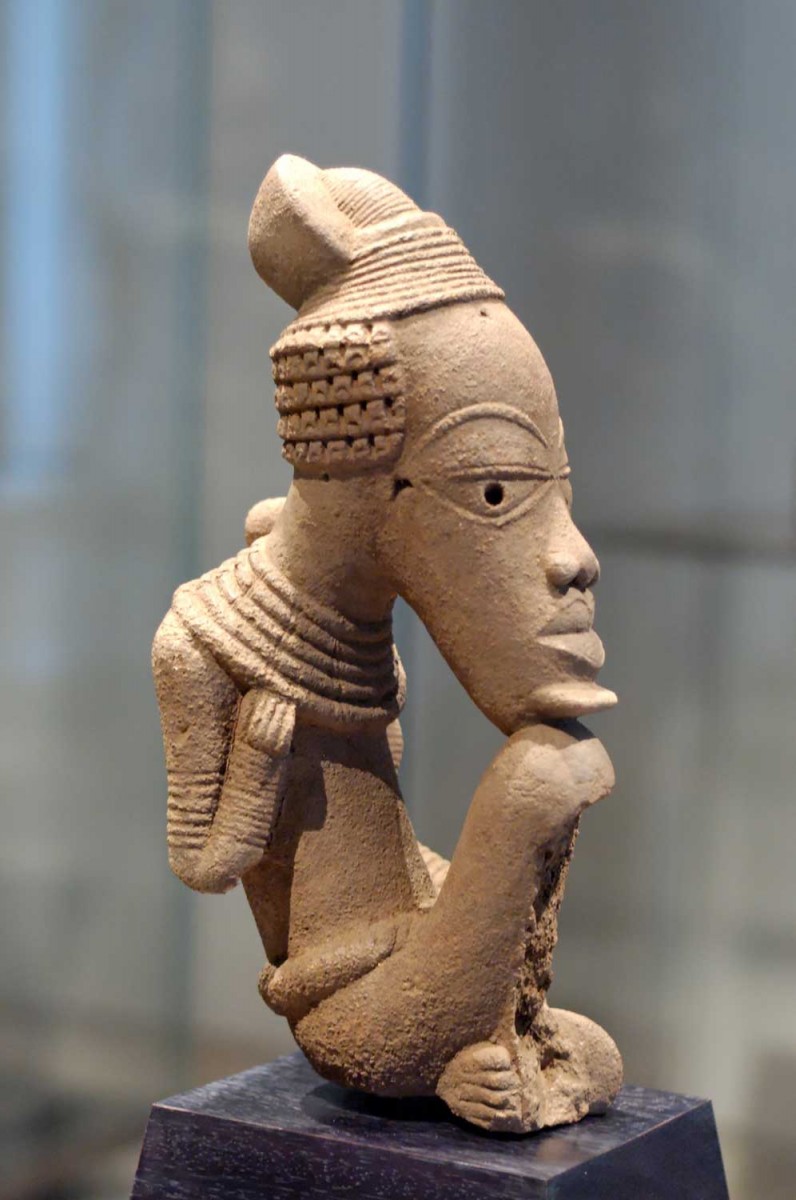 While the federal government is locked in a losing war with oil thieves, a professional group has raised the alarm about “artefact thieves” who are quietly plundering national monuments valued at millions of dollars yearly.

The president of the Archaeological Association of Nigeria (AAN), Dr. Zacharys Gundu, stated yesterday that artefact looting was third on the global scam scale after drugs and arms.

Visiting German archaeologists posing as researchers were mainly responsible for the crime, Gundu said during a visit to Leadership.

“At the moment,” he said, “there is large-scale looting and illicit digging in places like Kwatarkwashi (Zamfara State), Ife (Osun State) and other parts of the Nok valley (Kaduna State).”

Gundu expressed regret that staff members of the National Commission for Musuems and Monuments (NCMM) are abetting the looting of Nok terracotta from Nigeria, adding that 50 per cent of artefacts currently in the country’s museums are fake.

“People in the museum commission have sold off 50 per cent of what you find in our museums. What remains are mostly fake objects,” he said.

He accused the German archaeologists and their local collaborators of undermining local communities by bribing them for access to artefact mines.

Nok is the name of the village in Jos, Plateau State, where clay shards that were found to be representations of human heads and animals were discovered in 1943.

At the time, no archaeologist was present in the region and reconstruction work was carried out by art historians. The disturbance caused by mining operations meant that the finds could not be dated with any accuracy.

The Nok culture terracottas are flaunted as prime evidence of pre-colonial civilization in sub-Saharan Africa, and it is speculated that the society eventually evolved into the later Yoruba kingdom of Ife. Brass and terracotta sculptures of the Ife and Benin cultures show significant similarities with those found at Nok.

According to the AAN president, the association has repeatedly drawn the attention of the NCMM to the unethical practices of the German archaeologists and their local collaborators but has not received any positive signal that the commission will tackle the problem.

The Germans are also cheating local communities and “knocking their heads” in the Nok valley, said Gundu.

The association, according to him, has received a written complaint from the Ham Community Development Association and spoken with the Kpop Ham who has confirmed concerns of the Ham community over the way the Germans have been carting away archaeological resources from his domain and treating his community.

“The Germans have literally joined the rush in the illicit digging of terracotta in the Nok valley and the association is calling on Nigerian authorities to stop them in their tracks before more damage is done here,” the AAN president said.

He called on the NCMM to wake up to its responsibility as the custodian of Nigerian heritage and antiquities and save Nigeria from “the arrogance and cultural imperialism of the Germans,” just as he appealed to the federal government to provide adequate funding for the archaeology departments in the three Nigerian universities still offering the course: University of Ibadan, Ibadan; University of Nigeria, Nsukka; and Ahmadu Bello University, Zaria.

“We also call on government to strengthen the capacity of the NCMM to enable it discharge its oversight function as the chief steward of our antiquities and heritage more responsibly,” he said.