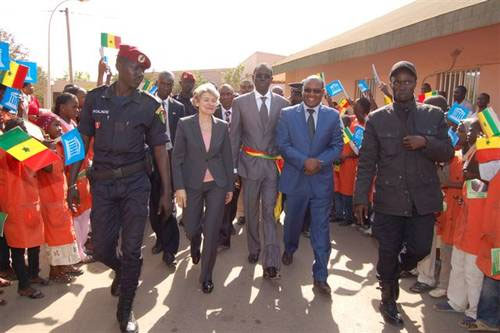 UNESCO will help to reconstruct the mausoleums and save the manuscripts of Timbuktu, which were destroyed by armed Islamists, and plans to send a team of experts to evaluate the situation in the city of northern Mali, as UNESCO’s Director General Irina Bokova stated from Dakar.

Mrs. Bokova said that UNESCO has fully mobilized after the disaster which took place in Timbuktu. “They burned manuscripts, an extraordinary Islamic treasure. I saw barbaric acts of destruction that left nothing but stones of the saints’ mausoleums”, Bokova said to the Press. UNESCO’s Director General had visited Timbuktu with French President Francois Hollande on February 2.

“As soon as the situation allows it, we will send a team of experts to evaluate the situation. We are very engaged in helping the authorities and local population to rebuild the mausoleums,” she added.

Mrs. Bokova also said she was worried by the possibility of manuscripts being trafficked. “We have begun working with neighbouring countries” to prevent this, as “Everything must be done to keep (the manuscripts) for future generations,” she stressed.

Armed Islamist groups who seized control of northern Mali, before a French-led military campaign reclaimed the area on January 28, destroyed many Muslim saints’ shrines and manuscripts in Timbuktu, a fabled city of the region and former spiritual centre of Islam in Africa.

Mrs. Bokova, who arrived in Dakar on Wednesday, has already launched a regional programme aimed at increasing access to education in sub-Saharan Africa.

During her visit UNESCO’s Director General was updated about the project PAJEF (Projet d’alphabétisation des jeunes filles et femmes), which aims at bringing literacy to 40.000 girls and women in Senegal, and met with the President of the Republic Macky Sall.