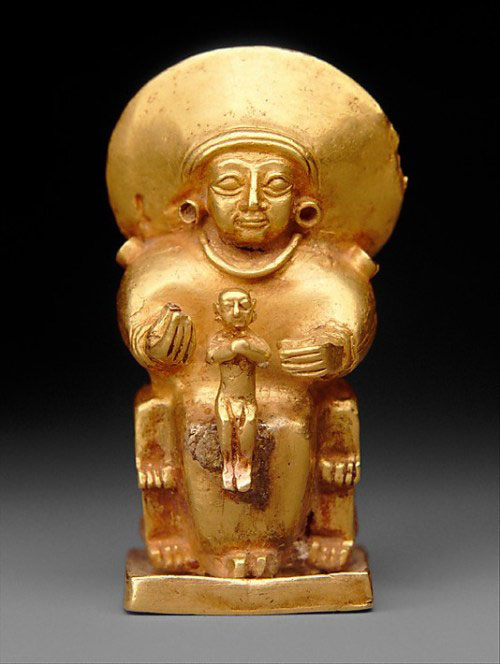 The Turkish government is seeking the return of 18 objects from the Metropolitan Museum of Art.

The requested objects include several highlights of the Met’s collection that are currently on display in the museum’s Ancient Near East Galleries. Turkey claims all of them were illegally excavated and smuggled out of the country after the passage of a 1906 law that gave the state ownership of its cultural property.

All the contested objects are from the Norbert Schimmel Collection, which the museum has described as “the finest private assemblage of its kind in America” and “one of the most important gifts of ancient and Classical art ever presented to this museum.” Between the 1950s and his death in 1990, Schimmel was a member of the Met’s board of trustees and acquisitions committee. In 1989, he donated 102 objects from his collection to the Met. The museum’s 1992 catalog of the collection quotes Schimmel saying, “Collectors are born, note made, possessed of an enthusiasm that borders on madness.”

The requests from Turkey were first reported by Martin Bailey in the Art Newspaper earlier this month. The report said Turkey was requesting the return of two objects from British museums — the British Museum and the Victoria and Albert Museum — and 11 unidentified objects at the Met. Turkey has refused to loan objects to those institutions until questions about the contested objects were addressed.

But the scope of Turkey’s demands reach far beyond those three museums, we have learned. Turkey has requested the return of objects from several other American museums. We’ll be posting details on those objects soon.

The Met has refused to publicly identify the objects Turkey has requested, and in response to our inquiries has changed its story about the requests several times. On March 2, Harold Holzer, the museum’s senior vice president for external affairs told us, ”We have had a request for no specific objects at all.” Soon after, he corrected that statement and said Turkey had requested information about 11 objects at the museum, as reported by the Art Newspaper. A few days later, Holzer acknowledged the actual number was 18 objects, and offered the following statement:

This past fall, The Metropolitan Museum of Art was contacted by officials from the Turkish Ministry of Culture with regard to 18 works of art in our collection. The Ministry requested provenance information, which we are in the process of providing. Because this matter is currently under discussion with the Turkish government, the Museum will have no further comment at this time—except to acknowledge with appreciation that Turkey has long been a valued lender to significant exhibitions at the Metropolitan, and we look forward to the continuation of that relationship.

The museum did not explain why it has taken several months to provide Turkey with provenance information that is readily available on the museum’s website. Most of the objects have no documented ownership history other than being in the Schimmel Collection by the mid 1960s or 1970s.

Τhe Schimmel Collection was published in a 1974 volume entitled “Ancient Art:The Norbert Schimmel Collection.” The editor of the volume was Oscar White Muscarella, a former Met curator who has been an outspoken critic of the role museums have played in the illicit antiquities trade. We’ve asked Muscarella for his thoughts on the Turkish claim and will post his response when we have it.

In a 1990 obituary for Schimmel in the New York Times, another outspoken reformer — Maxwell Anderson, current director of the Dallas Museum of Art — was quoted saying, “As a collector he was an inspiration to the antiquities field, in the sense that he quietly and devotedly promoted the appreciation of ancient art through sage collecting and through the generosity he manifested to several collections throughout the country.”