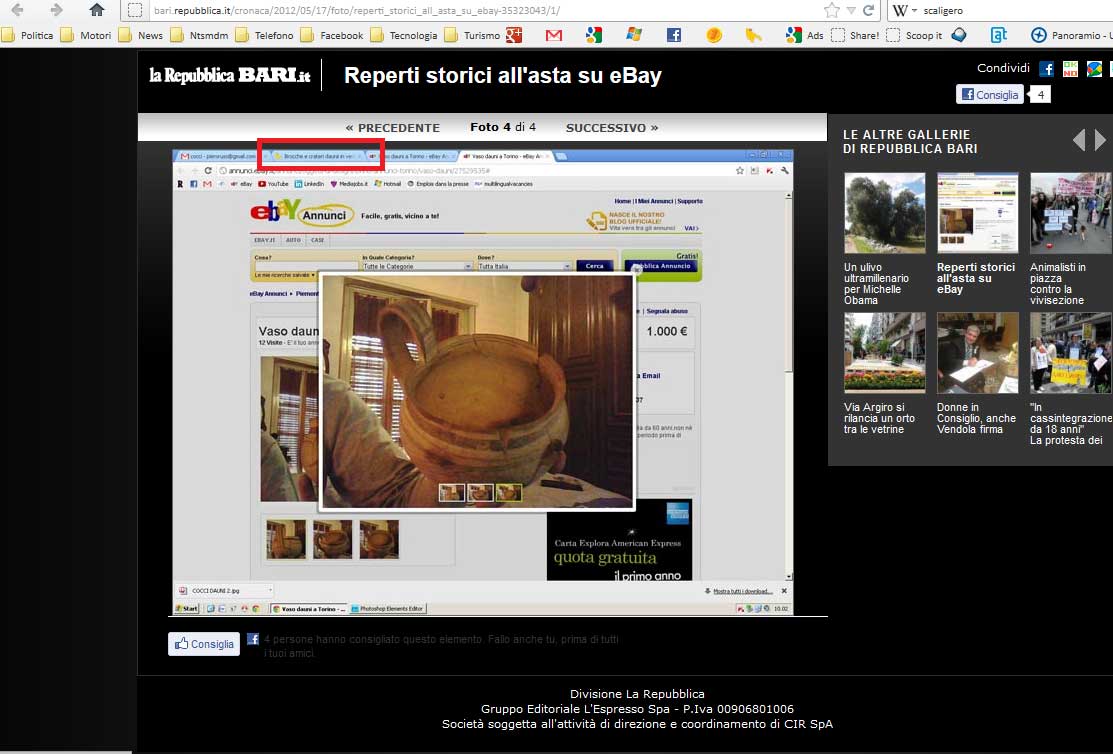 Italian police on Friday said they were investigating 70 people for trading thousands of looted archaeological artefacts including ancient coins and vases on Internet auction site eBay.

The investigation began when the police found an eBay announcement in 2009 and they tracked down a father and son team of tomb raiders in a village in Calabria in southern Italy who had dug up Byzantine, Greek and Roman burials.

Police said in a statement they had seized 16,344 artefacts including bronze and silver coins, rings and ceramic vases, as well as 10 metal detectors.

Most of the pieces came from the Calabria region and had been sold to private collectors. Italy’s Carabinieri police have a special department to combat the trade in looted artefacts which is still rampant in the country.