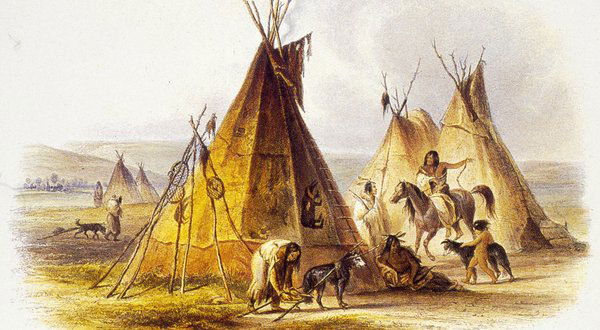 The Role of Speculation in Science

Woody Allen once said that when you do comedy, you sit at the children’s table. The same might be said of speculation in science.

And yet speculation is an essential part of science. So how does it fit in? Two recent publications, both about the misty depths of canine and human history, suggest some answers. In one, an international team of scientists concludes that we really don’t know when and where dogs were domesticated. Greger Larson of the University of Durham, in England, the first of 20 authors of that report, said of dog DNA, “It’s a mess.”

In the other, Pat Shipman, an independent scientist and writer, suggests that dogs may have helped modern humans push the Neanderthals out of existence and might even have helped shape human evolution.

Is one right and the other wrong? Are both efforts science — one a data-heavy reality check and the other freewheeling speculation? The research reported by Dr. Larson and his colleagues in The Proceedings of the National Academy of Sciences is solid science — easily judged by peers, at any rate. The essay by Dr. Shipman is not meant to come to any conclusion but to prompt thought and more research. It, too, will be judged by other scientists, and read by many nonscientists.

But how is one to judge the value of speculation? There are a few obvious ways. The questions readers ought to ask when confronting a “what-if” as opposed to “what-is” article are: Does the writer make it clear what is known, what is probable, and what is merely possible?

Dr. Shipman was careful to make these distinctions in her essay in American Scientist, and in an interview, when I asked her to walk me through her argument.

Second, and this point is crucial, Dr. Shipman thinks dogs were very probably around during this time period, although she recognizes that others disagree. She tells us about the research that convinced her, so we can check it ourselves, if we like: a 2009 report of three skulls, the oldest dating to 32,000 years ago, by Mietje Germonpré of the Royal Belgian Institute of Natural Sciences in The Journal of Archaeological Science.

The skulls are clearly of members of the canid family, but that includes wolves, jackals and foxes. Dr. Germonpré and her colleagues concluded that the skulls belonged to dogs. That’s where things get sticky.

The rest of Dr. Shipman’s essay is clear enough. If the humans had dogs, the dogs must have been helping somehow, in hunting or pulling travois. And they may have been so helpful that they gave modern humans an edge over the Neanderthals (unless the Neanderthals had dogs too). If they helped in hunting, they might have watched human eyes for clues about what was going on, as they do now. Other researchers have suggested that the white of the human eye evolved to foster cooperation because we could more easily see where others were looking than with plain brown eyes.

If dogs were watching us too, that would have added survival value to having a partly white eye and thus played a role in our evolution. Fair enough, but the dogs had to be there at that time when humans and Neanderthals overlapped. I asked Dr. Larson about Dr. Shipman’s essay, and I confess I expected he might object to its speculative nature. Not so. “I love speculation,” he wrote back. “I do it all the time.” And, he said of Dr. Shipman’s essay, “it’s a lovely chain of reasoning.”

But, he said, “it begins from the premise that the late Pleistocene canid remains are dogs. And they are not.”

He wrote, “There is not a single piece of (credible) evidence to suggest that the domestication process was under way 30,000 years ago.” He cited an article in press in The Journal of Archaeological Science that is highly critical of the Germonpré paper. The article, written by Susan J. Crockford at the University of Victoria and Yaroslav V. Kuzmin at the Siberian branch of the Russian Academy of Sciences, suggests that the skulls in question came from short-faced wolves and do not indicate that the domestication process had begun. Dr. Crockford, who had read Dr. Shipman’s paper, thought it “too speculative for science.” But she did not view the case of early domestication as completely closed.

Perhaps the way to judge the scientific value of speculation would be to see if it prompts more research, more collecting of fossils, more study. Until then, only proximate answers will exist to the question of where dogs came from.

Mine came from a shelter. How about yours?