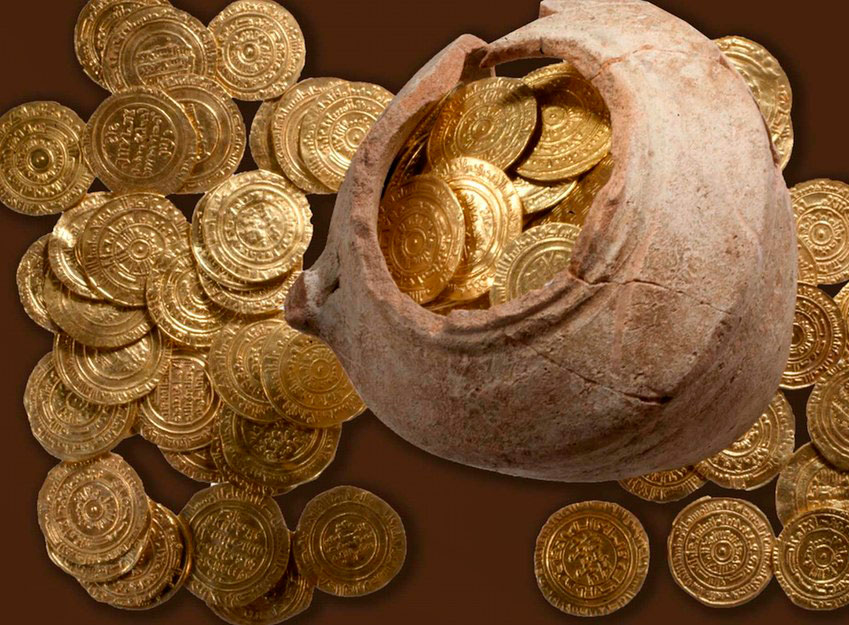 It belonged to the Knights Hospitaller

A 1,000-year-old hoard of gold coins has been unearthed at a famous Crusader battleground where Christian and Muslim forces once fought for control of the Holy Land, Israeli archaeologists said on Wednesday.

The treasure was dug up from the ruins of a castle in Arsuf, a strategic stronghold during the religious conflict waged in the 12th and 13th centuries.

The 108 coins – one of the biggest collections of ancient coins discovered in Israel – were found hidden in a ceramic jug beneath a tile floor at the cliff-top coastal ruins, 15 km (9 miles) from Tel Aviv.

“It is a rare find. We don’t have a lot of gold that had been circulated by the Crusaders,” said Oren Tal, a professor at Tel Aviv University who leads the dig.

Arsuf, which overlooks the Mediterranean sea, was the site of a famous 12th century victory for England’s King Richard I – known as Lionheart – over Muslim leader Saladin.

About 80 years later, in 1265, the Muslim army returned under a different general, and lay siege to the city for 40 days. When the outer walls fell, the knights retreated to the castle, which was eventually destroyed.

The stash, Tal believes, belonged to the Knights Hospitaller who inhabited the castle. It may have been payment they were due to pay for leasing the land, or perhaps profits from industrial activities, he said.

The gold coins weigh about 400 grams (14 ounces) in total. Some were minted two centuries earlier in Egypt, and they will be studied over the next six months, Tal said. “The study of these coins will contribute to our understanding of how large-scale economic interactions were made at the time,” he said.