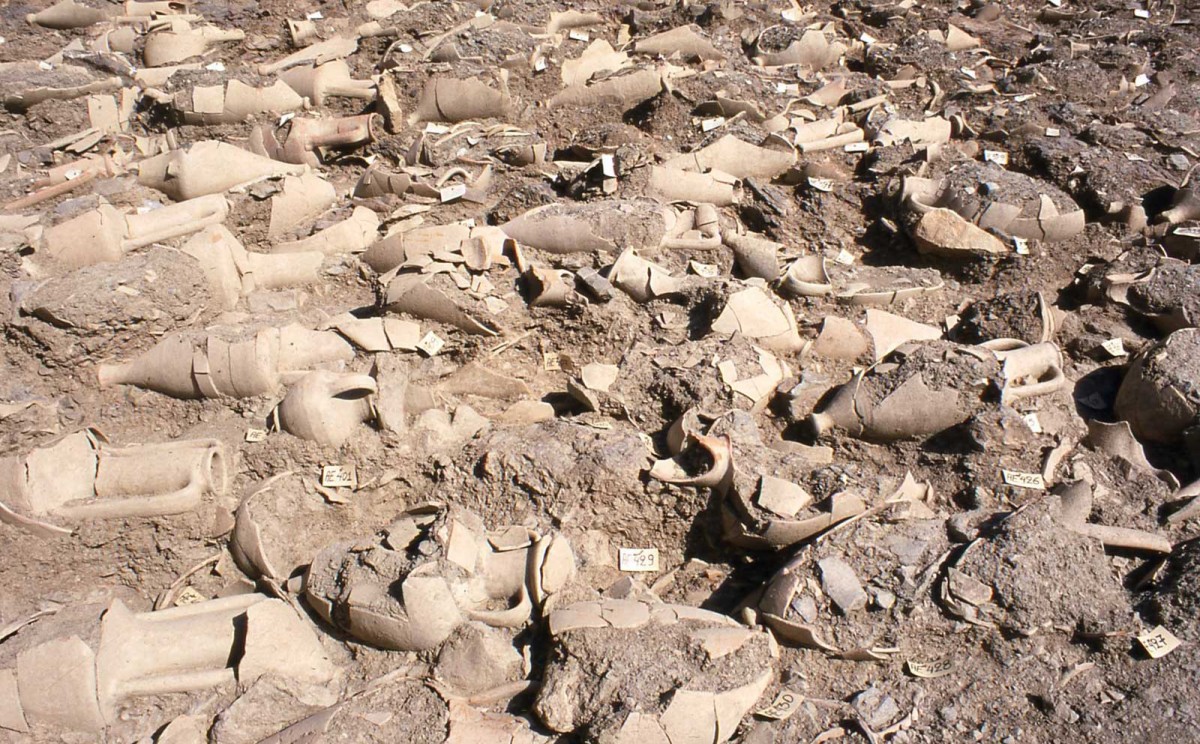 The infantile cemetery of Astypalaia

A unique archaeological find has been discovered on Astypalaia, a Greek island in the Aegean Sea and part of the Dodecanese island group. The excavation of the Kylindra site has brought to light the largest ancient children’s cemetery in the world, with at least 2.700 children’s burials, mostly of newborn babies, that were put in clay pots (amphorae), a burial practice known as enchytrismos, which means pot burial or jar burial. The burial in clay pots, such as chytres, hydriae, pithoi, amphorae and other vessel forms, was the most common burial practice for infants in antiquity, probably because the pots were regarded as a symbol of the womb.

In most cases, the pots had an oval or square break in the belly, which was then covered either by the pot fragment or by a stone. Scientists believe there was a sanctuary of Geometric period in this area , where the pilgrims came to bury their diceased baby or even the embryos from abortions. Later on, however, the sanctuary developed into a panhellenic sanctuary, where the pilgrims came to offer their diceased child, without grave goods, as an offering itself.