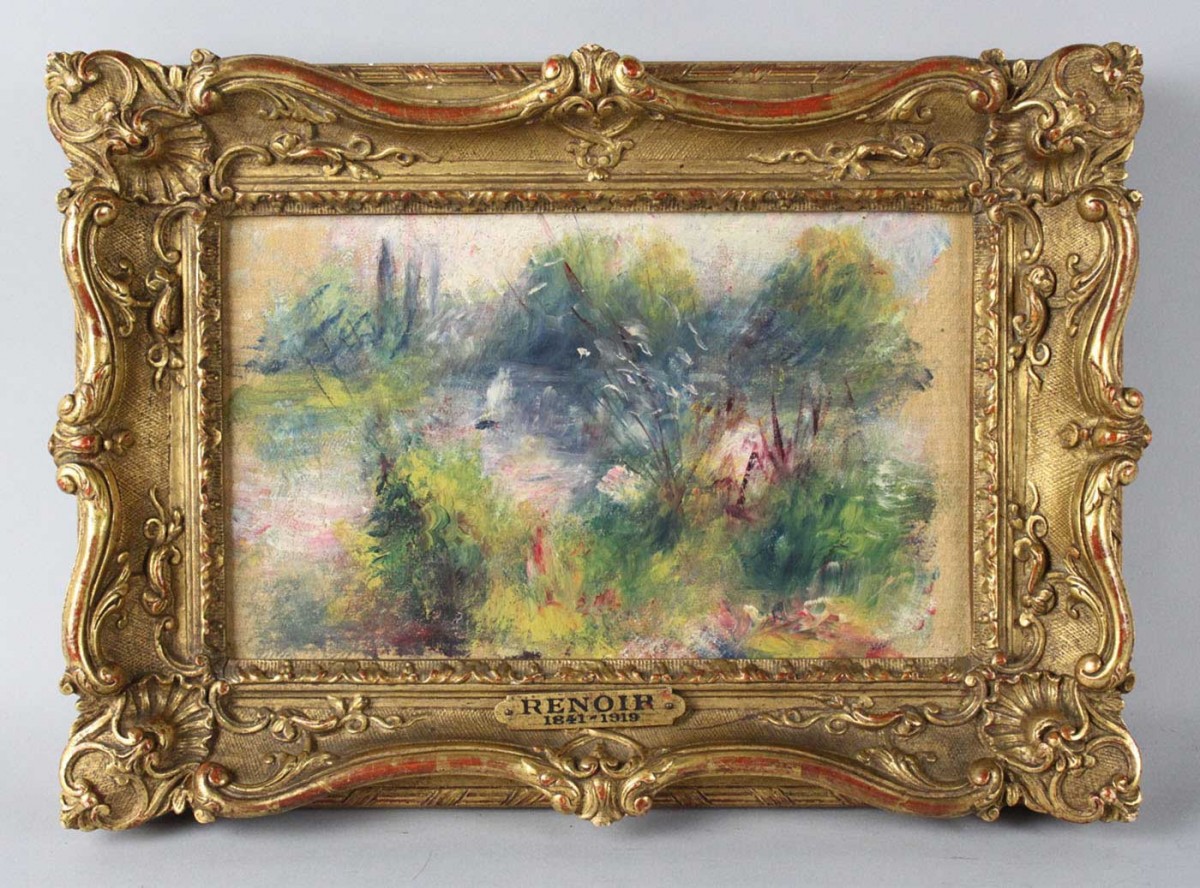 French Impressionist painting found in a box of bric-a-brac

A box of bric-a-brac purchased for several dollars at a Virginia flea market contained an unlikely treasure: a painting by French Impressionist master Pierre-Auguste Renoir.

The canvas, which shows a scene along the Seine River titled “Paysage Bords de Seine,” is scheduled to be auctioned later this month by the Potomack Company, an auction house in Alexandria, Virginia, just outside Washington, DC.

The small oil painting, 5.5 inches by 6.5 inches (14 centimeters by 23 centimeters), was among the finds purchased in a bin by a woman who prefers to remain anonymous, according to Anne Norton Crane, a representative of the auction house.

The art work, which had been tossed in a box of odds-and-ends including a plastic cow and a Paul Bunyan doll, came very close to being destroyed.

Not thinking much of the painting, the woman had planned to shred it. But her mother, spotting the name Renoir on the canvas, advised her to have an expert appraise it. Thusly the woman learned of its provenance and value.

Norton Craner, who praised the work as “beautiful, very beautiful” particularly for its luminosity, which reminded her of Renoir’s 1879 Landscape of Wargemont,” said it still carries a label from the Berheim-Jeune arthouse in Paris, a famous purveyor of works by Renoir.

She was able to trace the painting back to an American collector, Herbert May, who purchased it in 1926 from the famed gallery.

After leaving France for the United States, collectors lost track of the painting, until it turned up last month among the other items for sale at the flea market.

However, some are sceptical about the authenticity of the painting, as flea market “finds” very often turn out to be copies or deliberate forgeries.