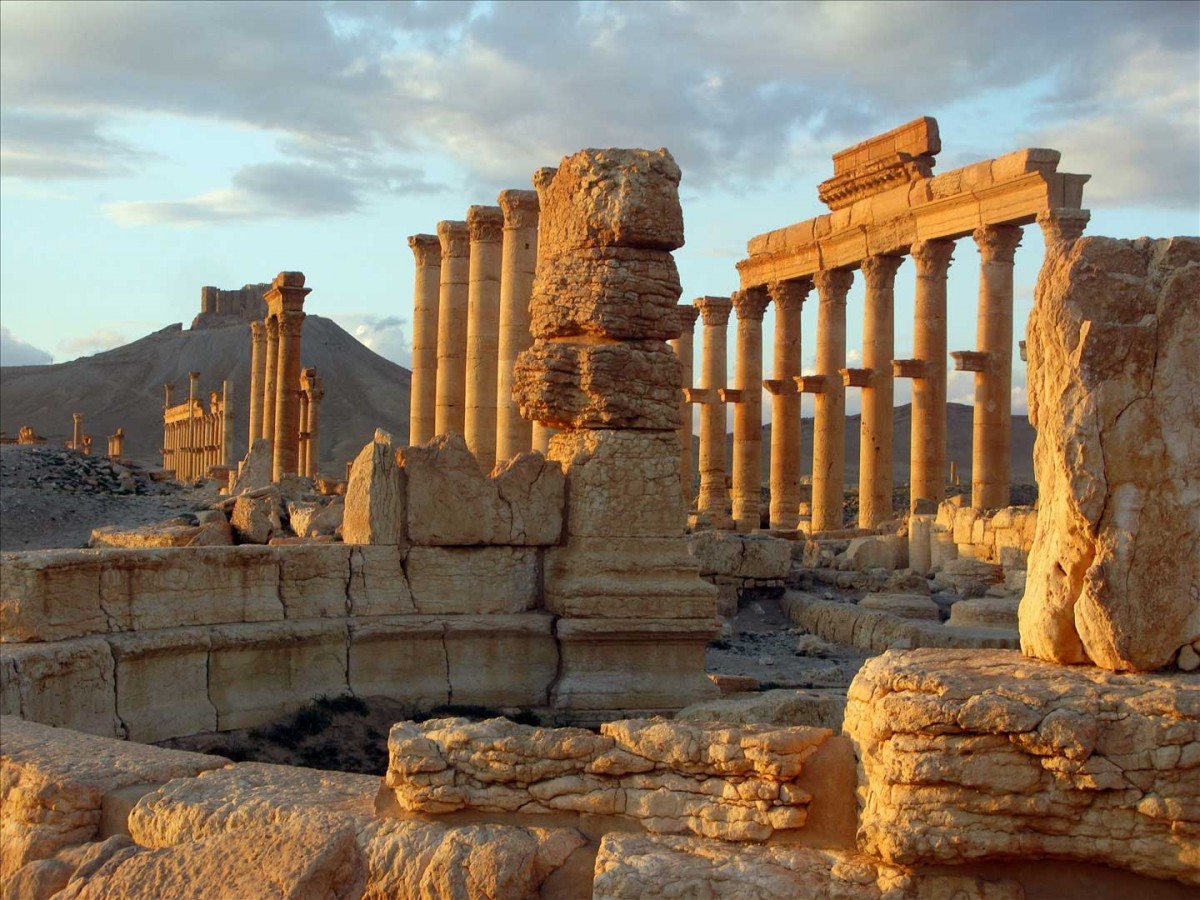 Dominik Bonatz would rather be in Tell el Fakhariya in northern Syria on the border with Turkey. Instead, in the middle of the excavation season, the director of the Institute for Ancient Middle Eastern Archaeology is sitting in his office at Berlin’s Freie Universität.

He heads a team of 60, with whom he worked on one of the largest and most significant ruins in the region. Since 2011, it has been too dangerous for Bonatz and his colleagues to return there. The excavations, financed by the German Research Society (DFG), were set to become a life work for Bonatz.

In the late Bronze Age, around 1,500 to 1,100 BC, the site was once the capital city of a kingdom. Alongside scriptures, which occupied a central role for Tell el Fakhariya, researchers found the remains of administrative buildings. The site in Tell el Fakhariya could be the capital of Mittani rulers, which has yet to be identified.

“The discovery of a royal palace was imminent,” Bonatz told DW. Now he fears the worst. “Many archaeological excavations close to conflict flashpoints, such as in Tell Afis or Palmyra, were destroyed. Tanks have destroyed the occupation layers; pillaging has occurred in other areas,” he said.

Tell el Fakhariya remains, as yet, untroubled. But just a single Syrian watchman secures the excavation site and an assault could be delivered without resistance.

The significance of the Mideast state is central to antiquity studies. Syria has been considered the cradle of civilization, because there the first alphabet was devised, even before the Greeks.

However, Jan-Waalke Meyer considers that assertion “excessive.” The archaeology professor at the University of Frankfurt views Syria as a convergence point for various cultural influences: “People from Egypt, Anatolia, the eastern Mediterranean and southern Mesopotamia all met in Syria. This typically Syrian convergence provided the basis for European culture,” said Meyer.

He has been carrying out excavations in Tell Chuera on the Syrian-Turkish border for 15 years. For archaeological experts, the name Tell Chuera is closely linked with Max Freiherr von Oppenheim (1860-1946), one of the first discoverers and researchers of ancient cultures in Syria.

During his research expeditions, Oppenheim discovered the hill ruins at Tell Chuera at the beginning of the last century and was the first to recognize its historically significant status.

The next largest city, Al-Raqqah, is located 120 kilometers (75 miles) from Tell Chuera. Despite its remoteness, danger threatens. “There is no peace anywhere in Syria,” said Meyer. “The rural population is also directly or indirectly affected by the war – firstly due to the threat of terror, but also because food prices have tripled and diesel is becoming scarce, so that the irrigation systems no longer function.”

Jan-Waalke Meyer telephones with Syrian colleagues, including the watchman who is charged with minding the excavation site, on a weekly basis. The watchman has already been forced to fight off an intruder. Since the attack, he and his family have lived in fear.

Five archaeological institutes from German universities were carrying out research in Syria until the outbreak of war. Even the German Archaeological Institute, which has maintained an outpost in Damascus for the past 30 years, was forced to abandon its field research.

Excavation supervisor Karin Bartl who has been investigating the Neolithic site of Shir, among other things, for a number of years, moved with the institute to Amman in neighboring Jordan.

“Since the central Syrian cities of Homs and Hama have been the focus of the conflict since the beginning, we were forced to end our work. As of May 2011, the institute has been closed to the public,” according to the German Archaeological Institute.

Years of research under threat

Any willful destruction of historical monuments in Tell el Fakhariya would spell the end of many years of research for Dominik Bonatz from Berlin’s Freie Universität. “There wouldn’t be any point in continuing with the work after that,” said Bonatz with resignation.

He’s also not banking on being able to return to Syria anytime soon. “The situation will remain unstable for a long time,” he continued.

The prognoses of Jan-Waalke Meyer from the University of Frankfurt are just as bleak. For him, there is no end in sight to the violence. “I see no peaceful solution for the country, and I see no new government forming that would lead to an immediate ceasefire.”