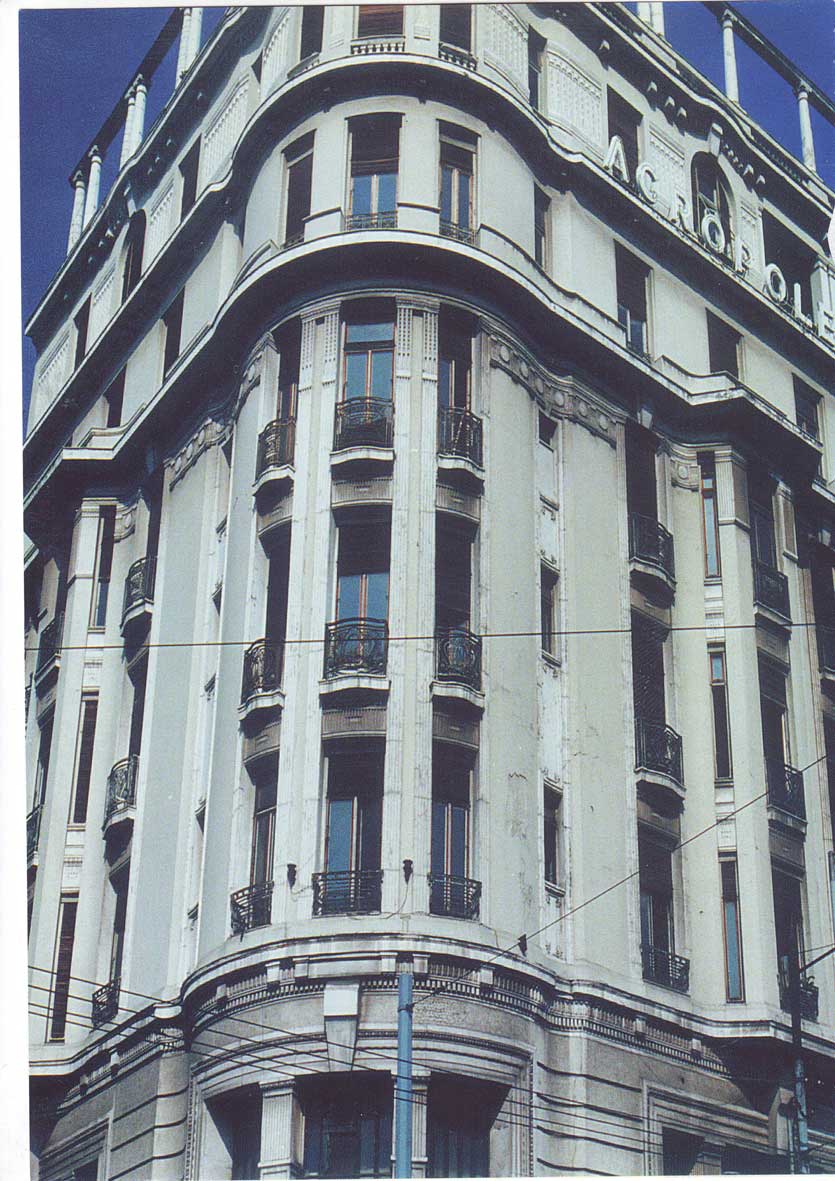 Breath of fresh air amid the general feeling of complete stagnation

A string of construction projects are set to get moving this fall in the city of Athens.

Some have only just received the green light from the authorities while others are approaching completion in various downtown areas. From Patission Street to Omonia Square and from Panepistimiou Street to Academias and Vassilissis Sofias Avenue, there is a breath of fresh air amid the general feeling of complete stagnation. At the same time, the Ministry of Culture’s Acropolis Restoration Service is continuing its work on the ancient citadel.

Situated on the intersection of Patission and Averoff streets, the dilapidated Acropol Pallas, a former hotel and currently the property of the Ministry of Culture which had been at the center of a litigation case, is now entering a new chapter. The file has reached the Court of Audit and a contract is expected to be signed with a contractor in early October in order for work to start operating on the site in November.

One of the city’s landmark architectural works, the Acropol Pallas, built in 1926-28, was designed by Sotiris Magiasis and features art deco and art nouveau elements. It is hoped that the refurbishment of the former hotel will also have a positive impact on the broader area, including that surrounding the nearby National Archaeological Museum.

The completion of restoration work on Aghios Constantinos Church is expected to have a similar effect on the southern side of Omonia Square. An impressive neoclassical construction and exemplary work of 19th-century religious architecture, the church was designed by Lysandros Kaftantzoglou and built circa 1871. A contract is expected to be signed by the end of September while work is expected to commence in February, 2013.

Located at 6 Mavromichali Street, the Ziller-Loverdos Mansion (the former residence of Saxon architect Ernst Ziller that later became the home of banker Dionysios Loverdos’s art collection), which dates to the early 1880s, is slated to become an annex of the Byzantine and Christian Museum. The tender process is scheduled for mid-September while the project is based on the idea of the building eventually housing the museum’s post-Byzantine collection, donated to the state by Loverdos’s heirs in 1979.

Restoration work is also being carried out on Panepistimiou Street, where a contract expected to be signed on October 5 will signal the refurbishment of yet another landmark Athenian building, the Rex Theater, designed by L. Bonis & L. Kassandras and built in 1936-7. According to Culture Ministry officials, the project will be completed by the end of this year or the beginning of 2013.

Meanwhile, the Catholic Cathedral of Aghios Dionysios on Panepistimiou Street is undergoing a revamp. Originally designed by celebrated German architect Leo von Klenze in 1884 as a neoclassical trier basilica, construction ran into budgetary issues, after which Lysandros Kaftantzoglou made a number of alterations prior to its eventual completion in 1865.

Following years of inactivity, reconstruction work at the former Fix factory, built in 1957 according to a design by Takis Zenetos, is now moving ahead at considerable speed and the new National Museum of Contemporary Art is expected to open its doors in 2014.

At the same time, the Greek National Gallery, which dates to 1900, has been issued with a construction permit. The museum’s refurbishment is expected to enter the tender process in October. Meanwhile, the tender for the Magoula warehouse project, where the gallery’s artworks will be stored, is currently under way, while another, for their transportation, is soon expected to get the final approval from the Ministry of Finance.

Housed in the Ilisia Mansion, built by architect Stamatis Kleanthes in 1848, the Byzantine and Christian Museum’s restoration has been completed and both the museum shop and restaurant are now open to the public. Meanwhile, works aimed at linking the nearby wrestling arena of Aristotle’s Lyceum with the museum next to Rizari Park is progressing and is expected to be completed by the end of next year. The project will unite the Byzantine and Christian Museum with Aristotle’s Lyceum, the War Museum and the Armed Forces Officers Club.