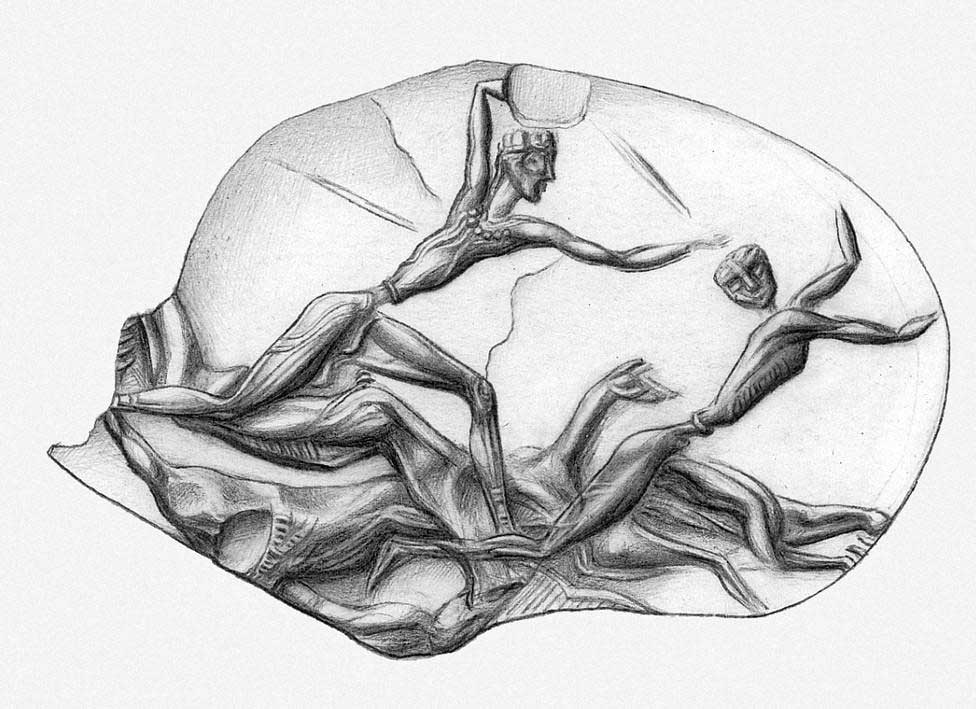 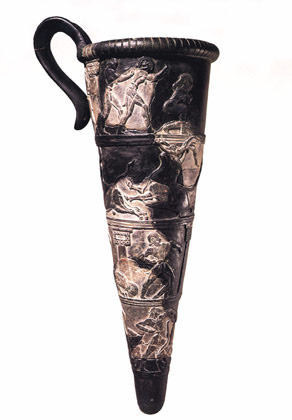 A view on Neopalatial Crete

The new series of the Minoan Seminar (hosted by the Archaeological Society at Athens and organized by Efi Sapouna-Sakellaraki, Lefteris Platon and Yiannis Papadatos, with Colin Macdonald as Secretary), begins Friday 19 October, with a lecture given by Dr. Angelos Papadopoulos, entitled “War, art and political authority: a view on Neopalatial Crete”.

The use of pictorial motifs as symbols of status and insignia of authority was a usual practice of the upper strata of Late Bronze Age Aegean societies, as far as one can tell from recent iconographic studies. However, the case of Neopalatial Crete is of special interest, as it can be suggested that there is a preference among the thematic repertoire and certain representational media.

The aim of this presentation is to attempt a synthetic and comparative approach towards the pictorial data and methodological problems regarding the symbolism of armed individuals as portrayed in the arts of this period. It is proposed that the scenes of battle, combat between two or more male figures, boxing and violence in general were among the most favourite pictorial themes. Additionally, their depiction mostly on stone drinking vessels and conical rhyta and on seals and sealings was far from a random choice. It is also worth pointing out that these objects were small and portable and not monumental works of art, a fact that underlines the view that there was no attempt to project warfare as a propaganda tool of the military and strategic abilities of a powerful central power, but primarily as a means of legitimising an already established authority via a complex administrative system. At the same time, in order to comprehend better the role and function of these representations it is essential to compare them briefly with the contemporary iconography of mainland Greece, leading to some interesting conclusions. This kind of use of iconography ceases to exist after LM IB, as other kinds of symbolisms are applied to project authority.

In conclusion, the iconography of hunting and warfare in Crete during the Neopalatial period should not be interpreted within the narrow limits of simply “reading” the image as its importance is versatile. The use of these depictions forms a rather specified practice that satisfies certain administration purposes and that needs careful analysis, as it contributes to the understanding of the political history of Minoan Crete.