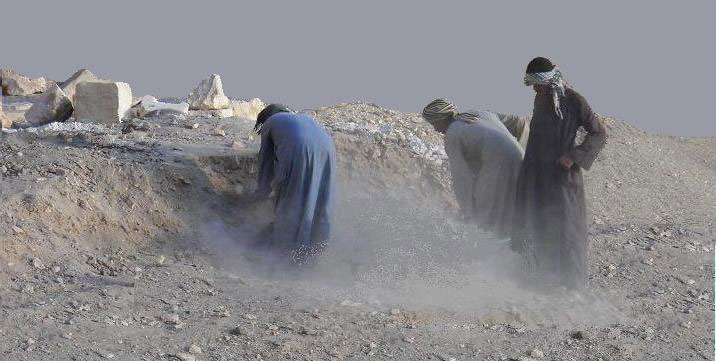 The head of a new research programme dedicated to combating the illicit trade in cultural objects has made an open call to the art trade and collectors, asking for their co-operation. Simon Mackenzie, the principal investigator for the Trafficking Culture project, says: “The difficulty in our line of research is that it is always more difficult than it should be to achieve high levels of participation from actors in the market, especially dealers and collectors, who are known for valuing their privacy.

“It is vital that the trade is adequately represented in discussions about future policy developments in market regulation, so if anyone is reading this and feels moved to get involved in the discussion we invite them to contact us.”

The project, based at the University of Glasgow and funded by the European Research Council, was launched with little fanfare earlier this year and was initially seen as a successor to the Illicit Antiquities Research Centre at Cambridge University, which closed in late 2007. The centre was set up in 1996 by Colin Renfrew to monitor illicit trade, as part of the McDonald Institute for Archaeological Research. Later run by Neil Brodie, who now works at the Glasgow-based unit, the Cambridge centre shut down owing to a lack of funding.

“The main way I would see us as filling a gap at present is that our approach is factual, not opinionated (in so far as possible), and there are relatively few research projects worldwide employing a critical mass of staff over a reasonable period of funded time to study this illicit market,” Mackenzie says.

The Glasgow project is distinguished by its interdisciplinary structure, linking to fields such as criminology, archaeology, international relations, politics and economics. Mackenzie also stresses the significance of its “end-to-end” approach: “We start from the premise that understanding source, transit and market are all important.”

As part of the project, Brodie is overseeing a study, “measuring the international market in illicit antiquities”, which looks at whether the severity of looting and illicit trade can be determined by fluctuations in the volume or price of material on the market.

Costas Paraskevaides, the director of ArtAncient, a Cambridgeshire-based company that sells historical objects online, expresses concern. “I am sceptical as the sample size will be small, the evidence will be quite weak and there are many confounding factors—price fluctuations and the number of objects on the market are determined by so many things, some of which are not readily apparent.”

Chris Martin, the chairman of the Antiquities Dealers Association, says: “Any project that includes all of the relevant bodies without prejudice must help to stem illicit trade in cultural objects and show how severe the problem is when assessed by those who actually understand the market.”

The Glasgow researchers aim to pinpoint the criminal networks behind the trafficking of illicit cultural objects from Latin America, as well as placing the clandestine trade of artefacts within an international context. Most of the fieldwork will be carried out in Bolivia. Meanwhile, from January 2013, the US researcher Tess Davis will be joining the project to focus on trafficking in Cambodian cultural objects.