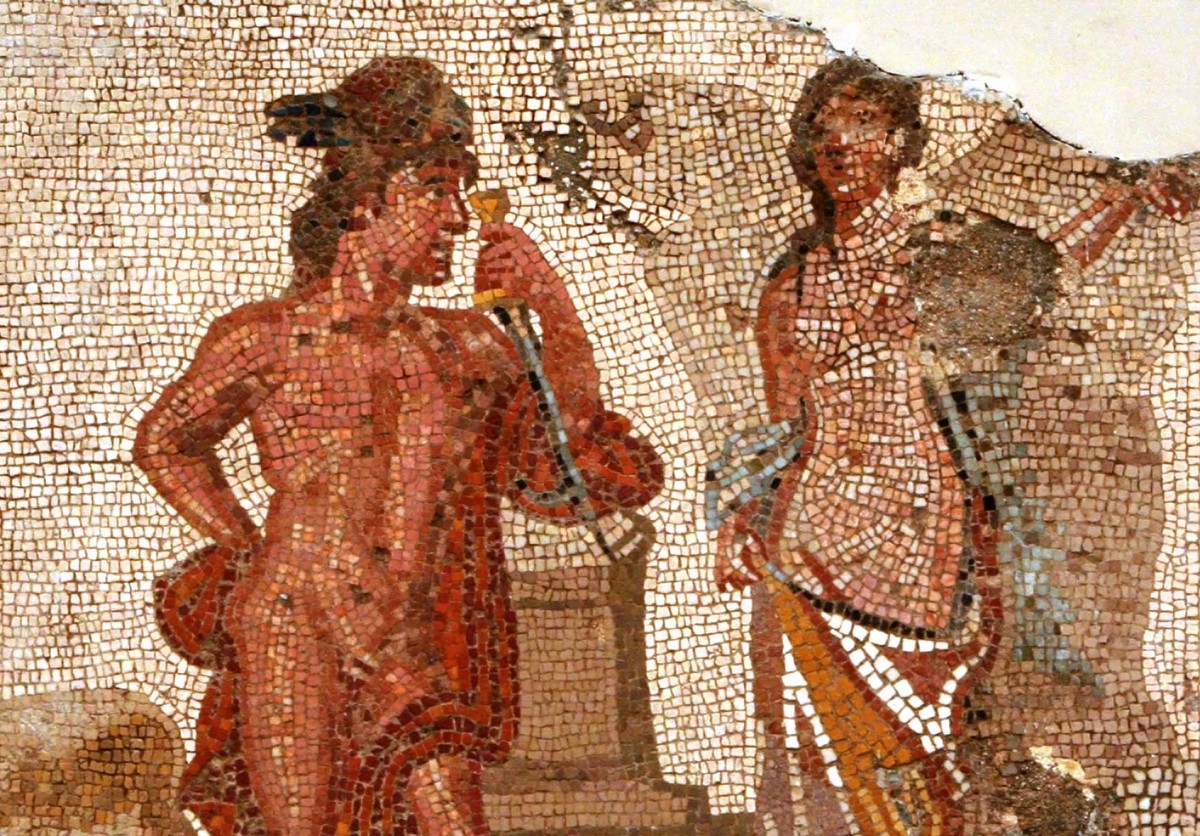 The Romans used Greek myths in their mosaics

as symbols of civilization

Research that was coordinated at Carlos III University of Madrid (UC3M) analyzes the mythological images in Roman mosaics and shows that members of the most powerful elite selected Greek gods and heroes as symbols of universal values that reinforced what Rome stood for.

This line of research, coordinated by Luz Neira, who is a professor in the Department of Humanities: History, Geography and Art, as well as a researcher in UC3M’s Institute for Culture and Technology (Instituto de Cultura y Tecnología), continues on the path established by previous studies that examined the images of women and certain legends in Roman mosaics.

“We had previously shown the memory and conscious, self-interested reuse of myths, but this new volume also examines the possibility that there is a subliminal message regarding the elites’ fundamental concept of the civilization versus barbarism binomial,” explains the historian, who was in charge of the coordination and publication of ‘Civilización y barbarie: el mito como argumento en los mosaicos romanos’ (‘Civilization and Barbarism: Myths as plots in Roman Mosaics’) (CVG, 2012).

A variety of specialists in Roman mosaics also collaborated on this book, which offers a new perspective in the approach to mythology and its reuse throughout history, which was a result of “a conscious and self-interested phenomenon of re-semantization.”

Specifically, there are premeditated and conscious recreations of certain mythological characters and episodes from different areas of the Empire, which were selected and even distorted in order to generate a spirit, deepen principles, or recall the foundations upon which their privileged position within the Roman state had been established, the researchers explain. “They re-used certain Greek myths as symbols that reinforced what Rome stood for,” states Luz Neira, “because they were of transcendental importance, due to the universal values they depicted, and they became champions of civilization”.

The scene of Achilles in Skyros, one of the most frequently depicted among the mosaics of the imperial epoch and which can be found, for example, in the villa of La Olmeda (Palencia), seems to be intended to highlight the archetype of the hero who is capable of giving his life for his country.

The legends of divinities such as Dionysius and Aphrodite, the Labors of Hercules, the Journeys of Perseus and the battles between Amazons and centaurs are some of the other mythological episodes that originated in Greece that the Romans appropriated as their own and converted into models to be followed. “The memory of a legendary war and a mythological hero would become with the passing of time, and even up to the present day, the phenomenon with the greatest impact on people and individuals; this is what led us to analyze the myth as the story of the struggle between civilization and barbarism,” concludes the researcher.

Until now, the concept of the civilization in the Roman Empire had been analyzed using written sources and official images found in public spaces, in sculptures or relieves of certain monuments, such as arcs, steles or commemorative columns. However, very little in-depth research had been done on the representation of these concepts in private spaces, perhaps due to their domestic character, the researchers point out.

“We were surprised by the absence of references of this type in the form of mosaics, where due to their unusual circumstances of conservation in situ the mosaic documentation offers an authentic repertoire of tile work, with geometric, plant and human figure decoration, connected to the private domestic contexts that pertained to the most privileged sectors of Roman society in any urban or rural location of the Empire,” comments Professor Neira.

In this respect, according to this historian, it seemed unthinkable, a priori, that members of the elite, who were involved in the government and matters of the Empire, would not have made use of the significant surface area of the mosaics that paved the living spaces of their domus and villae to commemorate their victories and their identification with Rome as a guarantor of civilization as opposed to “barbarism”. “They did it,” states Luz Neira, “by depicting re-used myths that evoked the values that, from an ideological point of view, Rome wished to represent.”