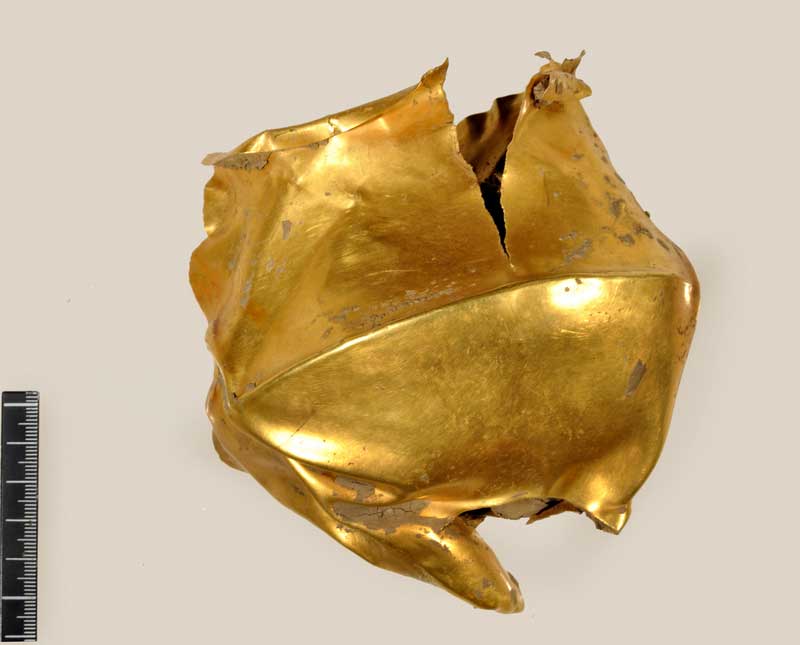 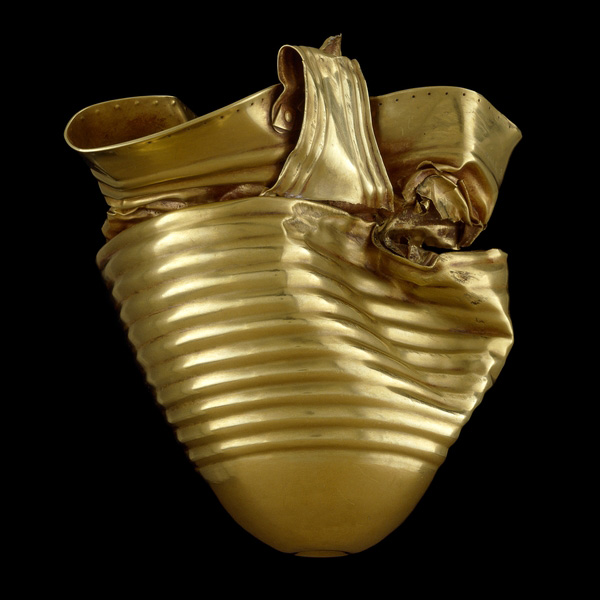 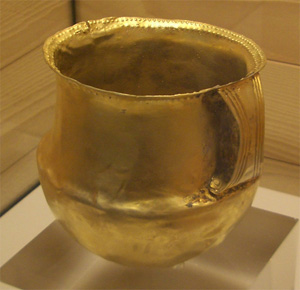 Rare golden cup was found near the town of Montecchio Emilia in Northern Italy. Archaeologists have dated it to about 1800 BC. The cup came to light as archaeologists were investigating a gravel pit near the Enza River. Excavations conducted in the past in the area, revealed settlements of the Late Neolithic and Bronze Ages, terramara cremation urns from the Mid-recent Bronze age, and Etruscan graves. However, no structure that could be correlated to the original resting place of the cup was found. According to the archaeological report, “it must have been buried in a simple hole in the bare earth. It appears to have been smashed in ancient times, then later partially broken by a plough, which seems to have pulled out a small piece”.

Researchers assumed that the Montecchio cup had a ritual use, and that it must have been hidden away or placed there as a votive offering. The cup could also be related “to a finding of 13 gold objects, apparently from the Bronze Age, when a field in Montecchio was ploughed on January 18, 1782: unfortunately, the items were melted down”.

The Montecchio cup is one of three other similar cups discovered in Europe and Britain. One was found in Fritzdorf (Germany) in 1854, currently exhibited at the Landesmuseum in Bonn. The other two were found in Ringlemoree and Rillaton (UK). According to Dr Filippo Maria Gambari, Superintendent of the Archaeological Heritage of Emilia Romagna, “this find ideally links this area of Italy with the henges of the United Kingdom and the area of North Rhine-Westphalia (Germany)”.

Further testing and analysis of the Montecchio cup are expected to reveal information about the origin, the use and the possible relationship to the other three cups, and shed new light to the trade system of Bronze Age Europe.