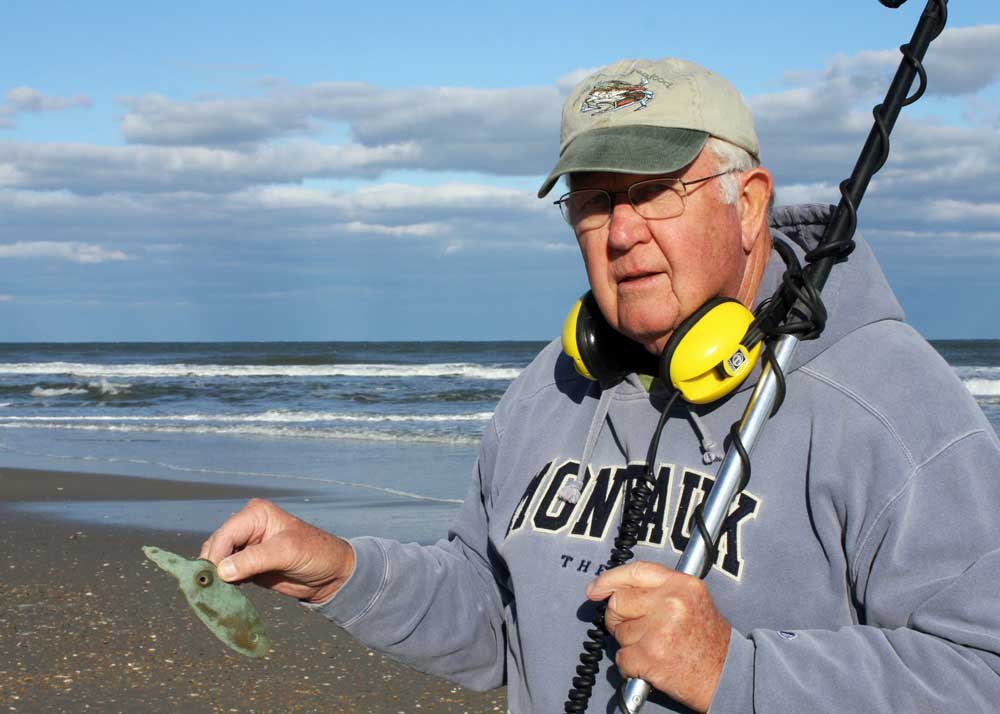 Metal detectorists will be expected to pay £60 for a permit to sweep on the foreshore of any duchy beach, despite being allowed to pursue their hobby for free on foreshores owned by the Crown Estate elsewhere in the UK.

The Duchy of Cornwall owns most foreshores – the area of beach between low and high tide water marks – in Cornwall and the Isles of Scilly, and has previously not permitted metal detecting.

The estate said the £60 would pay for an annual permit, but families on a two-week break could purchase a special discounted £20 permit for their stay.

Mick Turrell, who runs a metal detector business, said it was either a “cynical money-making exercise”, or the prince, who studied archaeology at Cambridge and is patron of the Council of British Archeology, “must really hate metal detectorists”.

The Crown Estate, which owns up t0 55% of the UK’s foreshores, did not charge, he said. He added: “The only bit [Charles] owns is between the low and high watermark. Anything above the high watermark and owned by someone else is not covered. So how are they going to police it? Have police hiding behind sandbanks?

“People are angry because he’s only charging us. He’s not charging anybody else – kite flyers, fishermen, etc – to do their pursuits on the beach.”

The permit means the Duchy would receive 50% of any “treasure” found. But beaches rarely yielded valuable artefacts, said Turrell. “There are some 200,000 metal detector users out there, and you can bet they are not going to come to Cornwall.”

The duchy – the ancestral estates of the prince – provides an annual income which rose to almost £18m last year. A spokesman said the plan was “in the early stages” and the charge was to cover the costs of the duchy having to assess each beach to decide on suitability for detecting and for each permit to be drawn up individually. The Duchy of Lancaster, which provides the Queen’s private income, said it was charging £50 for a similar permit. But Turrell said almost no other land owners in the UK charged for licences.

Trevor Austin, general secretary of the National Council for Metal Detecting, said members were upset and a meeting was being sought with the duchy over issues surrounding the permits.

“It does seem a lot of money for people who may go on the beach just once or twice a year,” he said.

“There’s not much on the beach to find of archeological importance, unless of course it’s been washed ashore from a wreck in a heavy storm, and in which case would not belong to the Duchy of Cornwall but would belong to the receiver of wrecks.”

Ken Ambridge, secretary of Cornwall metal detecting club Kernow Search and Recovery, said: “It’s greed. They want money for nothing. I don’t see how it can be enforced either.”

Cornish archaeologist Jonathan Clemes said: “People could just be walking the beach and finding these things without a detector. There shouldn’t be a charge.”