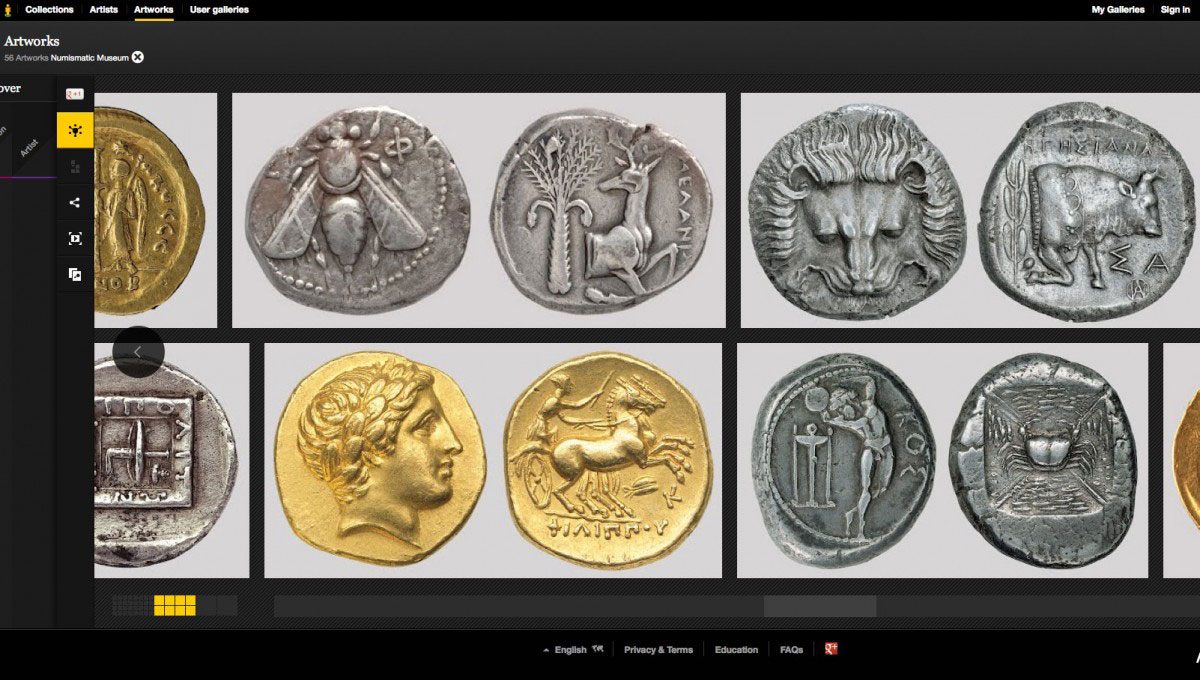 The Numismatic Museum in the Google Art Project

56 of its masterpieces already incorporated

The Numismatic Museum of Athens is the first public museum of Greece which participates in the innovative program Google Art Project, which cooperates with the most important museums of the world giving citizens of the world the chance to take a virtual tour and see its unique treasures.

Google’s cooperation with the Acropolis Museum, the Museum of Cycladic Art, the Benaki Museum and lately the Numismatic Museum is part of a project which was initiated in February 2011 with 17 museums in 9 countries. Today it counts 151 musem-partners in 40 countries, including more than 30,000 high-resolution artworks, and allowing visitors the opportunity to explore the rooms and view the images of 46 cultural institutions.

The Numismatic Museum has already 56 of its masterpieces in the Google art platform, while another 150 will be added until the end of November. Furthermore, from the beginning of 2013, by using the Street View technology of internal spaces, visitors will be able to navigate in the halls of Iliou Melathron, where the collections of the museum are being housed.

Thanks to new technology tools, users of the Internet can take a virtual tour through the collections of the Numismatic Museum and see rare coins, seals and medals, acquiring information about each one of them and its creator. The Art Project also offers very important information to researchers of Numismatics and Sigillography, containing historical data, descriptions, inscriptions, the material and the weight of the exhibits they are interested in.

The high resolution images are accompanied by texts edited by the researchers of Numismatics working at the museum Dimitra-Eleni Ladogianni, Evterpi Ralli and Yorka Nikolaou.

Dr Giorgos Kakavas, director of the Museum, stressed that the Numismatic Museum, although being one of the first museums in Greece, established in 1834 (the same year as the National Archaeological Museum), is characterized by its youthful spirit and its vision. That is why the use of new media has always been considered necessary, not only for the promotion of the museum but also for the pleasure and the knowledge of its audience.