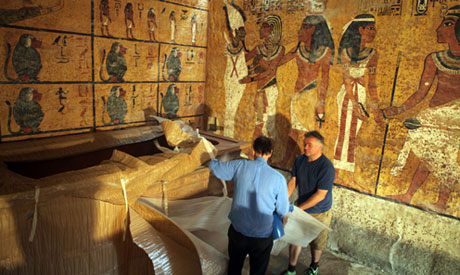 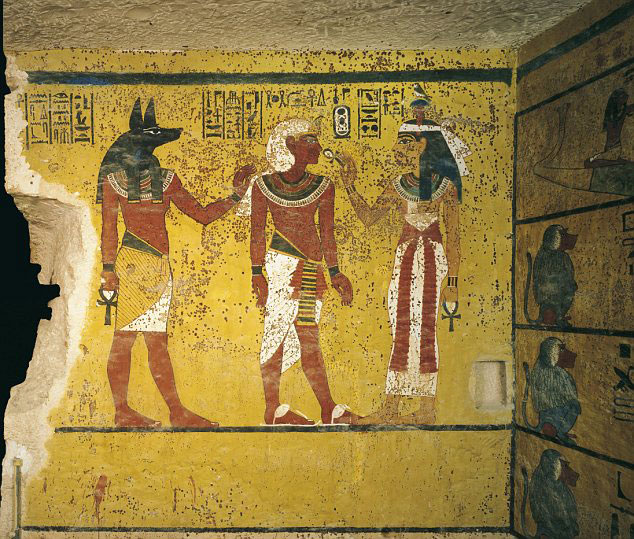 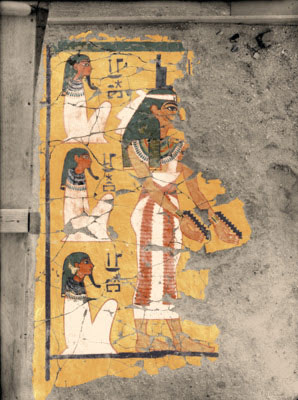 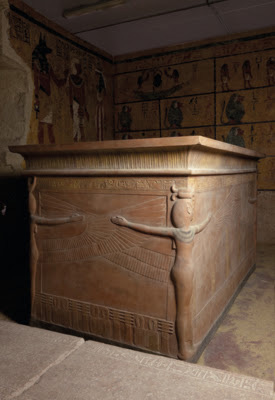 Earlier this month it was announced that due to irreparable damage caused by tourists flocking each year to admire the Tutankhamun’s tomb in Luxor’s famous Valley of the Kings, the Supreme Council of Antiquities had commissioned a series of replica chambers in conjunction with the University of Basel (Switzerland) and the company Factum Arte (Madrid).

“The truth is that the tomb was never meant to be visited” said Briton Adam Lowe, one of the highly skilled artists who were commissioned to create “facsimiles” of the three tombs of Seti I, Nefertari and Tutankhamun, in 2009.

To create the replica of King Tutankhamun’s Tomb Factum Arte used high-tech 3D scanners, in order to record every inch in the tomb and perfectly replicate it. The facsimile took three years to be completed.

Yesterday, at the opening of the EU Task Force Conference on Tourism and Flexible Investment in Egypt, the replica was revealed before the Conrad Hotel overlooking the Nile Corniche, in Cairo, where it will be temporarily exhibited. The unveiling of the tomb coincides with the 90th anniversary of the discovery of Tutankhamun’s tomb by British archaeologist Howard Carter, on November 4th, 1922.

The initiative of building replicas of the royal tombs at Theban Necropolis was instigated in 1988 by the Society of Friends of the Royal Tombs of Egypt with the full support of the Supreme Council of Antiquities.

King Tut’s replica tomb is a gift to Egypt from the Factum Foundation, the Society of Friends of the Royal Tombs of Egypt (Zurich) and the University of Basel.

As Minister of State for Antiquities Mohamed Ibrahim stated, the Permanent Committee of Ancient Egyptian Monuments will select a location for the permanent installation of the three replica tombs. This location will probably not be at the entrance of the Valley of the Kings, as previously declared by the Supreme Council of Antiquities.