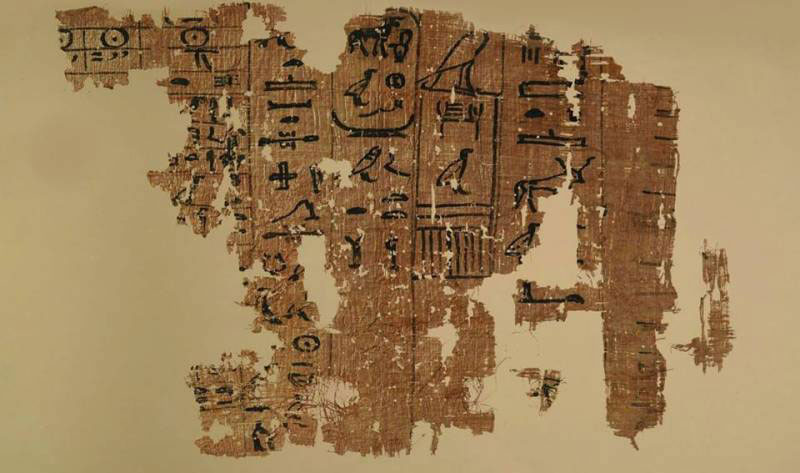 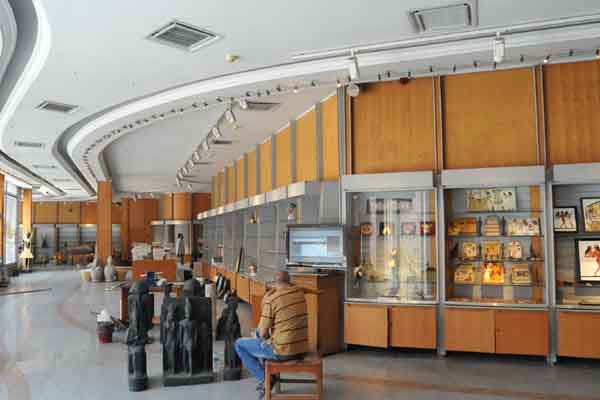 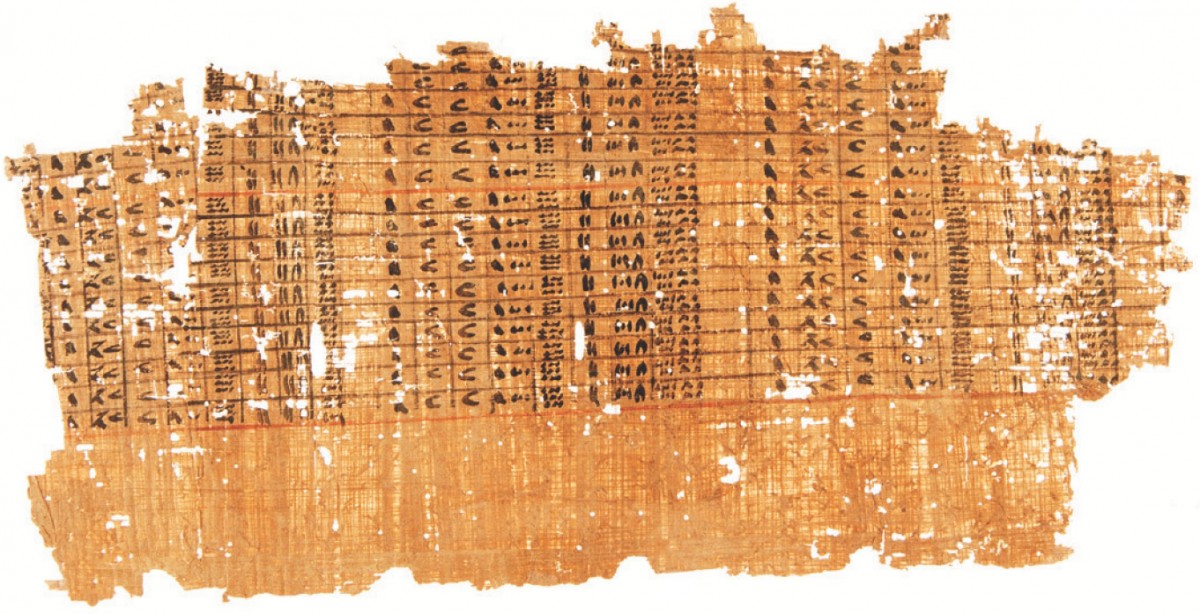 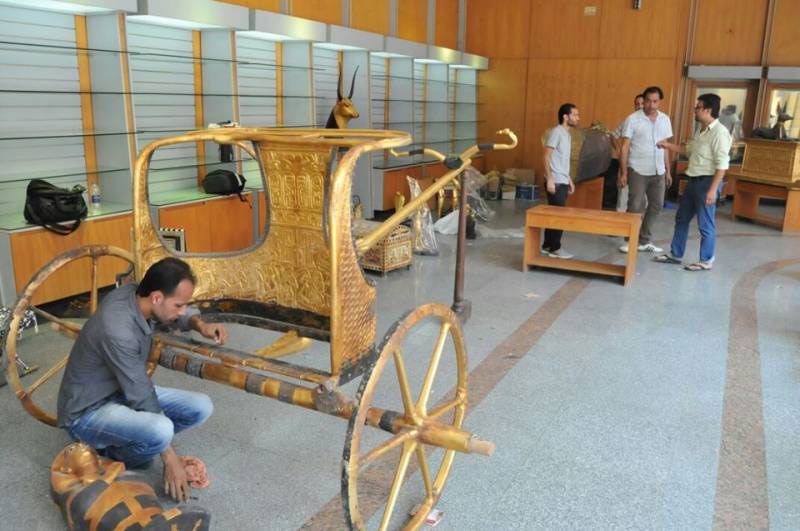 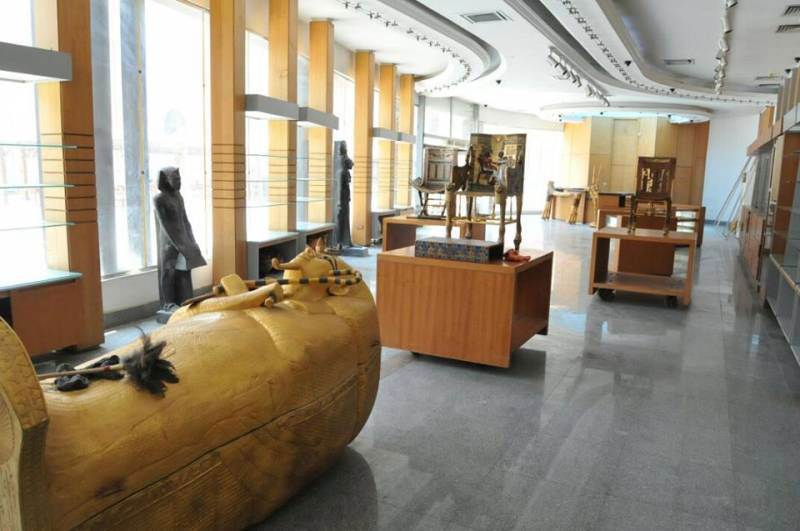 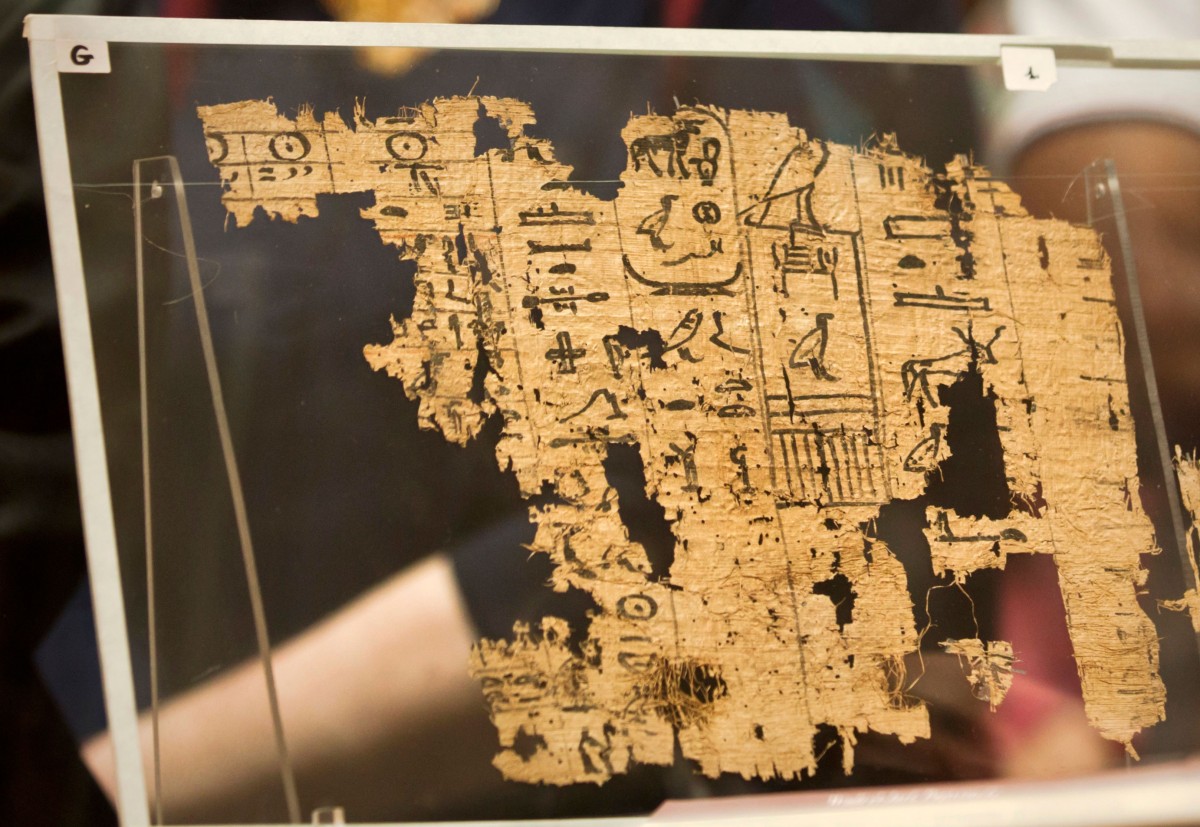 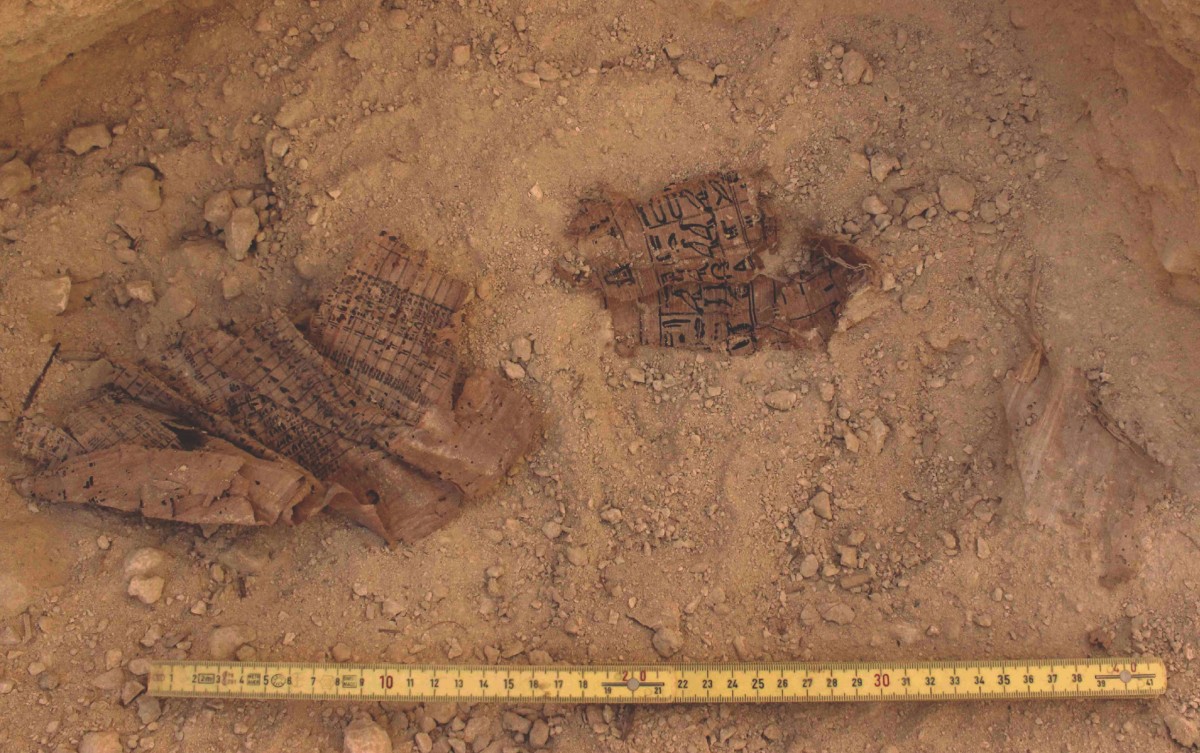 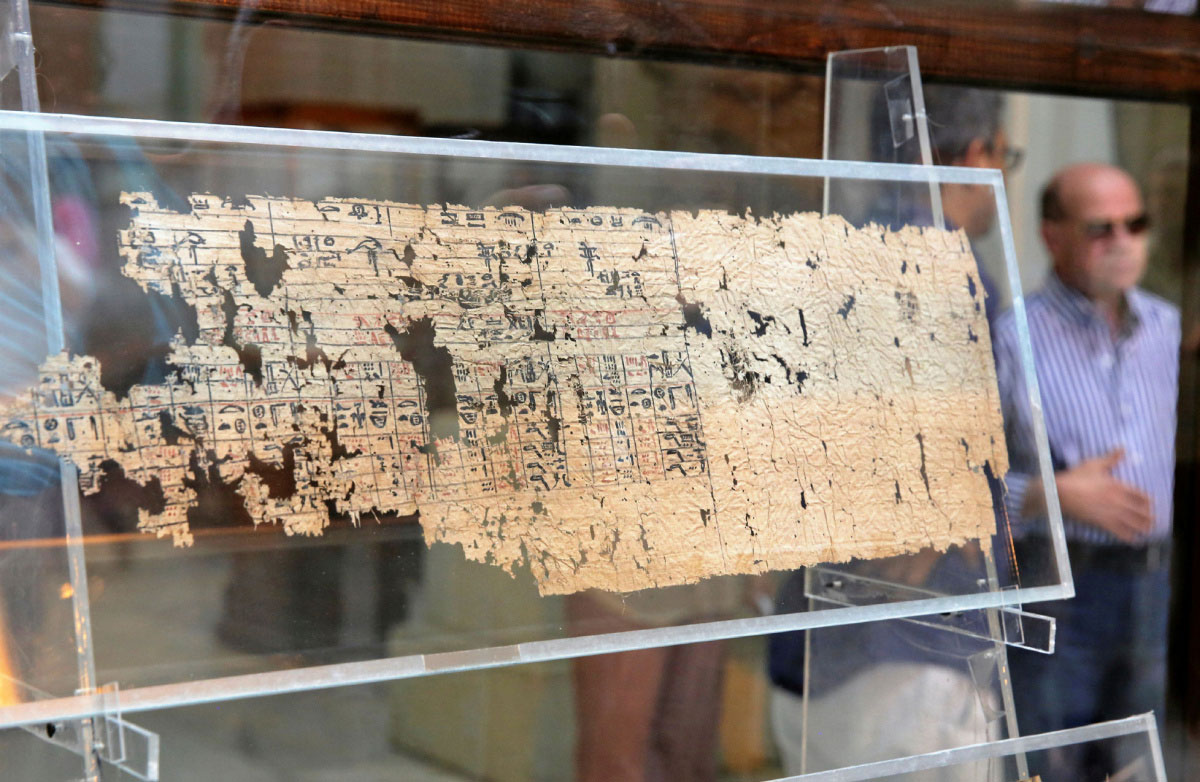 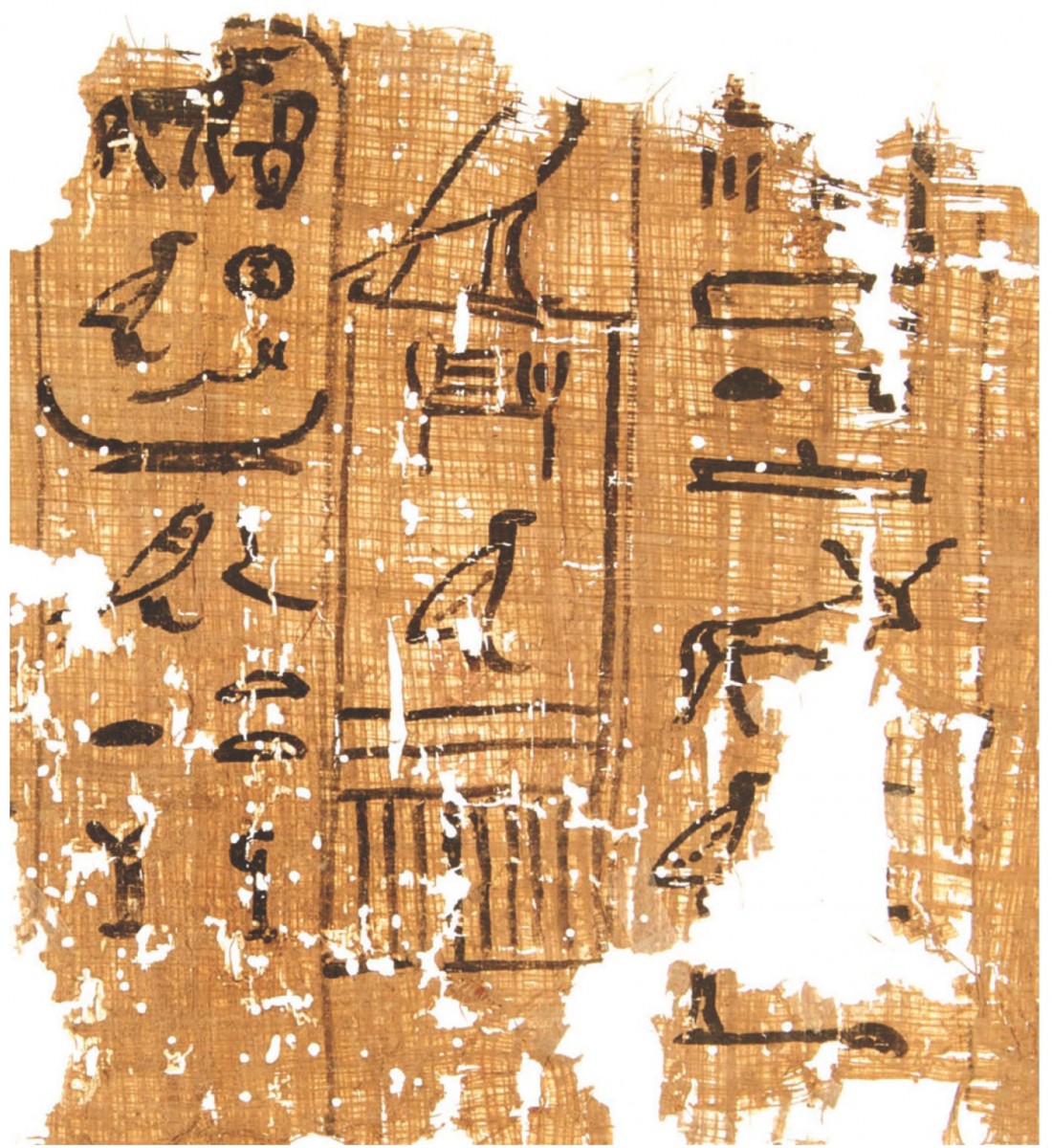 Oldest Egyptian papyri on display at the Egyptian Museum

For an exhibition lasting only a couple of weeks

A collection of the oldest known papyri from a Red Sea port and other items, such as replicas, are displayed for the first time at the Cairo’s Egyptian Museum in a short but worth-visiting exhibition.

The papyri were discovered at the Wadi al-Jarf harbour on the Red Sea, 119km from Suez in 2013, by a Franco-Egyptian mission with Egyptologists Pierre Tallet and Sayed Mahfouz in charge. They date to the end of the reign of pharaoh Khufu, the papyri were found at a large warehouse complex, deposited in front of galleries G1 and G2, offering researchers an insight into the daily lives of workers in the port and the advanced administration at the time.

The papyri are written in heratic, and one of the documents cites clearly that it was written the year after the 13th cattle count of Khufu’s reign, i.e. the 27th year, since the cattle count was performed every two years. This papyrus has been identified as the oldest ever found in Egypt.

The collection comprises papyri with accounting tables which recorded deliveries of food from other parts of Egypt, revenue and outlay, recorded in red and black respectively, and the logbook of Merer, a Memphis official whose archive recorded the daily lives of his team (about 200 men), on their work at the construction of the Great Pyramid at Giza. This valuable material includes information on the quarrying of the limestone, transporting it over the Nile to the Giza construction site, where it was probably used for the outer layer of the Great Pyramid. It also confirms that the pyramid was in the final stage of construction in Khufu’s last year of reign, as well as identifies the role of the pharaoh’s half brother, Ankh-haf, who was in charge of this last phase.

The exhibition opened on July 14th and closes on July 29th.