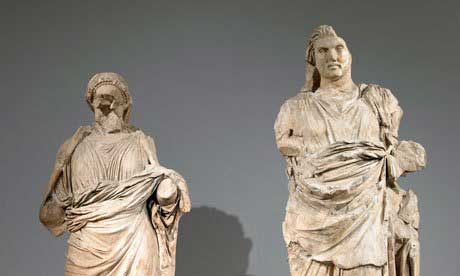 In order to repatriate sculptures created for the Mausoleum of Halicarnassus, Turkey will turn to the European court of human rights.

The Guardian characterized this a “dramatic move” of Turkey in order to repatriate its antiquities.

It appears that this is the first time such a claim is being linked to human rights legislation.

However, article 1, 1st protocol of the European Convention of Human Rights states: “Every natural or legal person is entitled to the peaceful enjoyment of his possessions.”

As Istanbul lawyer, Remzi Kazmaz, told the Observer: “We thank the British authorities and the British Museum for accommodating and preserving our historical and cultural heritage for the last years. However, the time has come for these assets to be returned to their place of origin … Preparations for formal requests are taking place now.”

The Turks will file the lawsuit on January 30th. Up to now a petition of 118,000 signatures has been organized and a documentary has been created on how Turkey was deprived from its ancient treasure.

The British Museum hasn’t commented on the case yet, since they “have not heard anything about the legal case”.