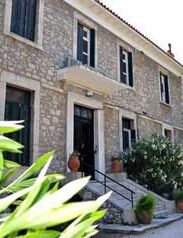 Applications are invited from university graduates of Greek or Cypriot nationality for awards to cover the expenses of a stay in the United Kingdom (U.K.) of short duration for a specific project of study or research in any field in which the British School is active. This comprises all areas of Hellenic studies, including Greek and Cypriot archaeology, art, history, language, literature, religion, philosophy, ethnography, anthropology, geography and all branches of archaeological science. The project must be clearly defined. It must be a project which would be greatly enhanced from access to material in libraries, museums or universities and from scholarship which is to be found in the U.K. but not in Greece or Cyprus.

The award will be no less than ₤1000 per month plus the cost of a round-trip air ticket not to exceed £300. Preference will normally be given to applicants under 45 years of age. Preference may be given to those who do not have extensive experience of study in the UK.

The School expects to offer at least two awards: no award will exceed three months. Award recipients should preferably be attached for the period of their award to a British university, museum or other appropriate institution. An advisor may be appointed. On their return from the U.K., recipients will be expected to submit a written report to the British School on their work as holders of the award. Applications from previous bursary holders will not normally be considered within 5 years of the previous award.

Before applying for an award, applicants must make at least preliminary contact with the British institution(s) where they intend to work and the scholar(s) with whom they would like to study.

The following information should be included:

1. A Curriculum Vitae, including record of publications, if any.

2. A statement in no more than 500 words of the research or study proposed, which must include specific reasons for studying in the U.K. and the proposed period and place of study.

3. The names and addresses of two referees who have agreed to provide confidential academic references. Applicants are responsible for ensuring that their references are received by the School no later than 25 January 2013.

4. Address and phone number of applicant.

Further information may be obtained from the Administrator of the British School at Athens: