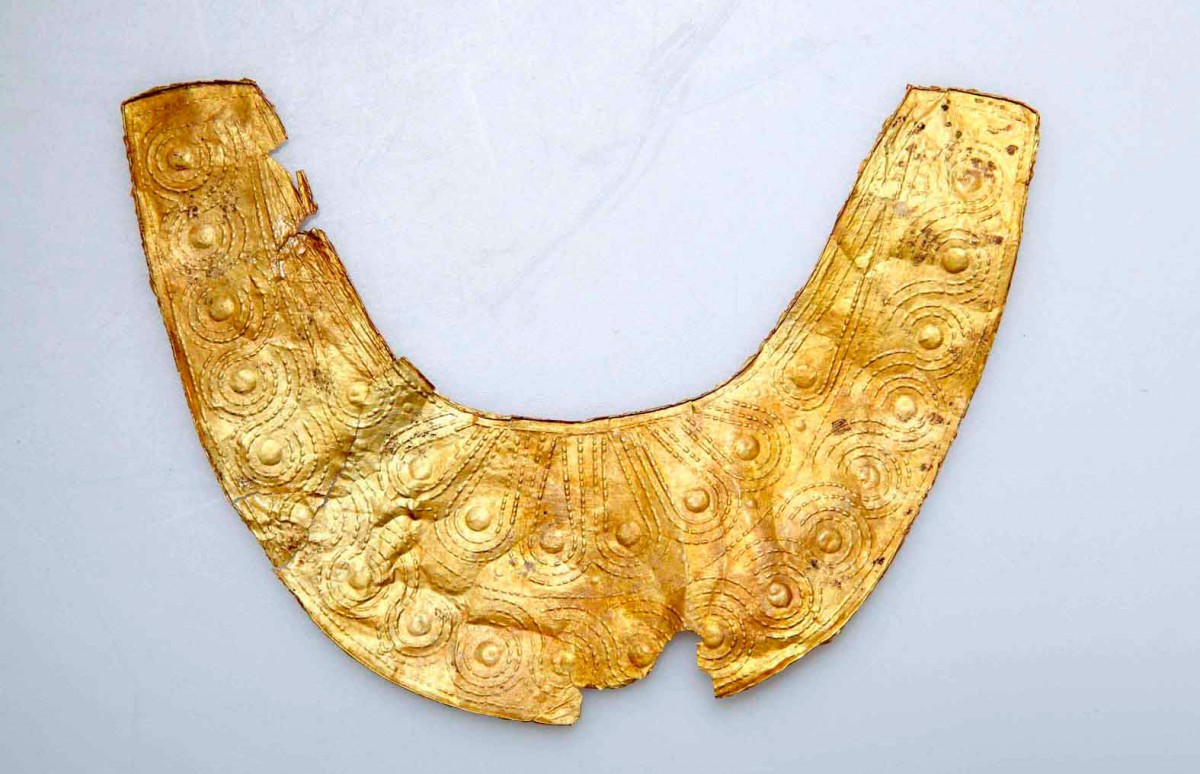 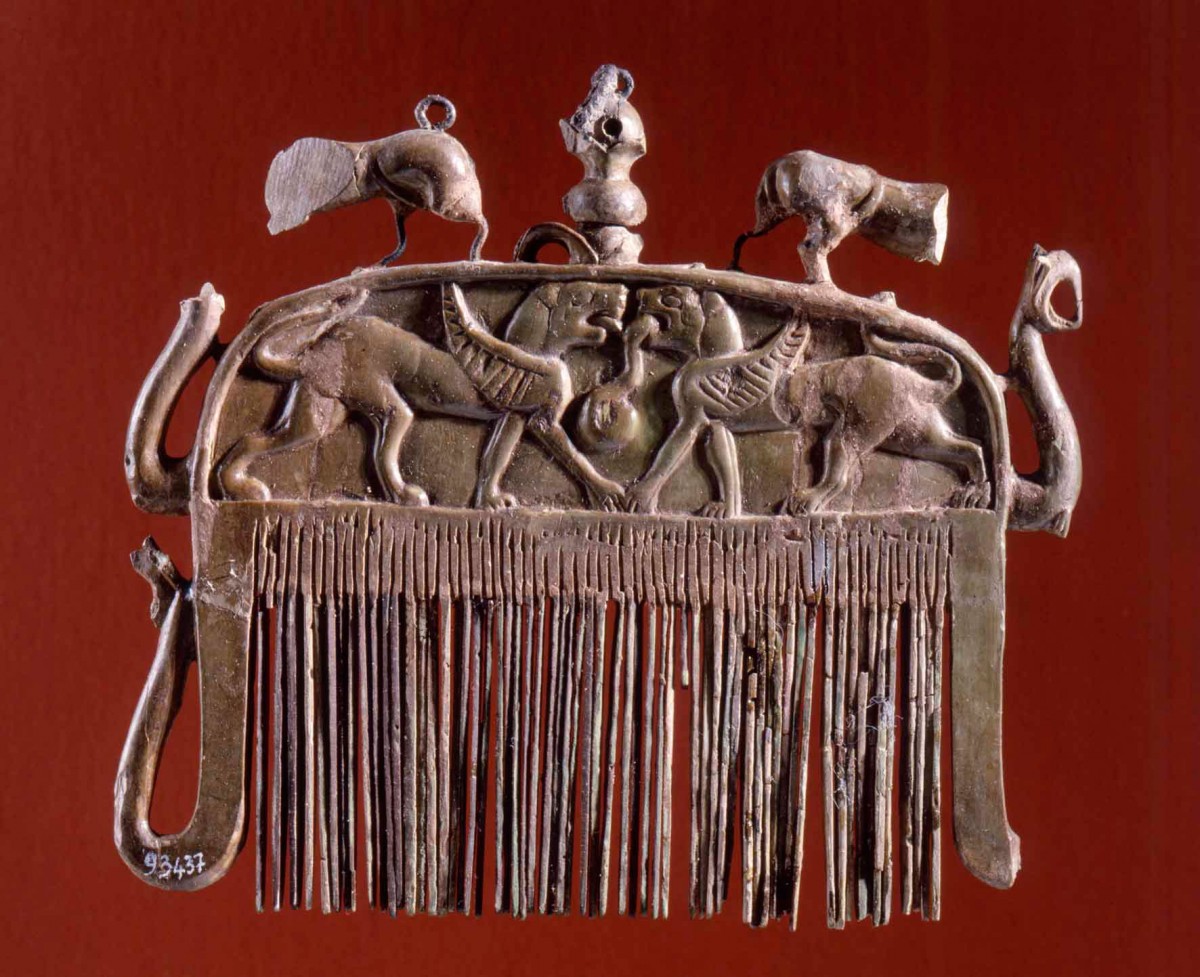 Glimpses of the “Princesses”

At the Museum of Cycladic Art

The highly successful exhibition “’Princesses’ of the Mediterranean in the Dawn of History” continues at the Museum of Cycladic Art. It is an exhibition devoted to real women; women who were born, women who lived; women of flesh and bone. Or, even better, women whose material remains, their bones, survive and ‘speak’ after thousands of years.

Over 500 ancient artefacts of 24 female burials from Greece, Cyprus and Italy dating from 1,000 to 500 BC. This week Arxaiologia Online chose to present two special artefacts showcased in the exhibition, from burials in Lefkadi and Marsiliana d’Albegna.

The first is a crescent-shaped necklace made of gold sheet, dating to c. 950 BC (fig. 1). It was found in a female burial in Lefkandi, at the site of Toumba.

The ornament was placed on the woman’s chest, surrounded by gold discs with impressed decoration and triple pseudo-spirals. The sheets’s edged are folded, as on the gold discs.

The impressed decoration is organized in two zones: an outer zone of triple spirals with a globule at their centre and an inner zone of ovoid leaves. Two oblique ovoid leaves decorate the tips.

This necklace is made using the same technique as the gold discs from the same burial.

The second artefact is an ivory comb from the Banditella cemetery of Marsiliana d’Albegna (fig. 2). It dates to 675-650 BC.

The comb’s rich, imaginative decoration and extreme fragility suggest that it was a ritual or decorative object, intended for display, rather that daily use. The comb was probably manufactured in northern Etruria, but of precious, imported raw material, which emphasizes the deceased’s high social status.