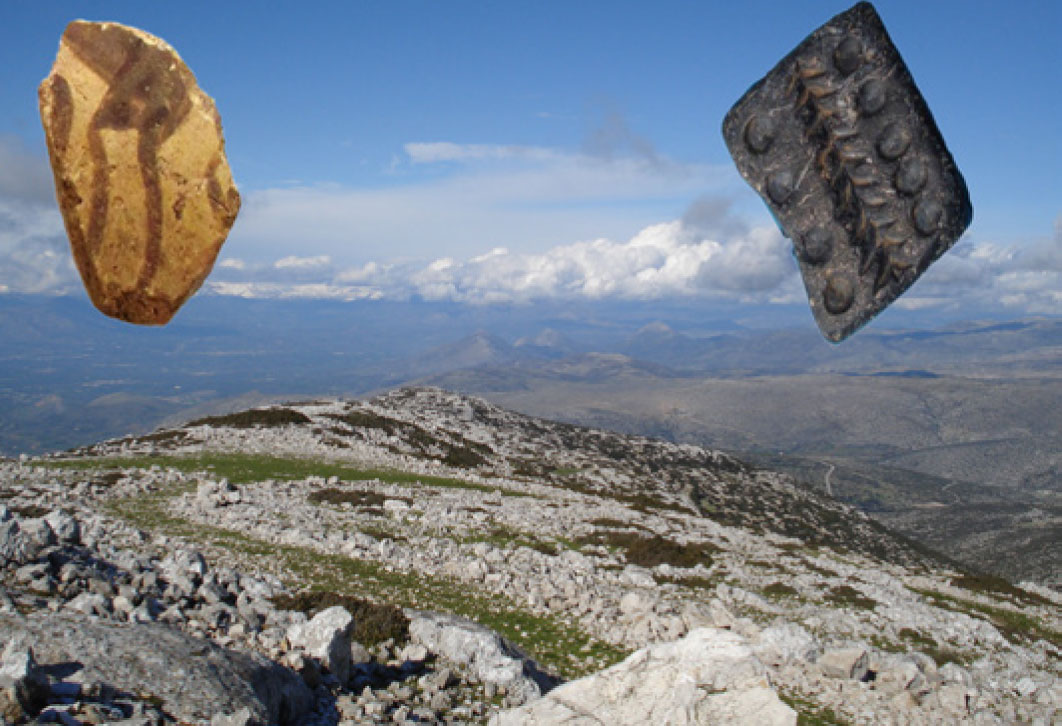 A Mycenaean Sanctuary on Proph. Ilias at Mt Arachnaion in the Argolid

The third lecture of the Mycenaean Seminar series will be given by Dr Olga Psychoyou, 44th Ephorate of Prehistoric and Classical Antiquities, and is entitled “A Mycenaean Sanctuary on Proph. Ilias at Mt Arachnaion in the Argolid”.

Τhe summit Proph. Ilias on Mount Arachnaion is known as a cult site of Zeus and Hera during the historical periods. Recently, an archaeological investigation conducted there, brought to light evidence for its use also during the Mycenaean period.

The site has the shape of an oblong plateau, where the surface of the ground consists of bare scraggy rock, featuring a multitude of recesses, clefts and crevices. It was found covered with layers of deposits consisting of remnants of pyres, whose investigation has not been completed. They yielded mostly animal bones and an abundance of mixed potsherds, most of them small and burnt. Although Mycenaean potsherds were found mostly within the lowest deposits, on the surface of the bedrock, some were attested in the soil discovered at the highest point of the site, probably around the main pyre. The potsherds belong to tripod cooking-pots, kylikes, stirrup-jars, cups, tripod alabastra and other types of vessels.

The Mycenaean material includes also over 120 fragments of terracotta figurines, a couple of steatite seals, stone conuli, beads and a bronze knife. Most of these objects were found on the rather flat eastern half of the plateau. It is postulated that this material constitutes evidence that the site was also used for rituals during the Mycenaean period, while it features characteristics usually associated with Minoan peak sanctuaries: it is visible from a long distance and from it, the view is panoramic. Furthermore, although distant from contemporary settlements, it is easily accessible.

The existence of such a site in the heart of the Argolid, could contribute significantly to the study of Mycenaean culture as a whole.