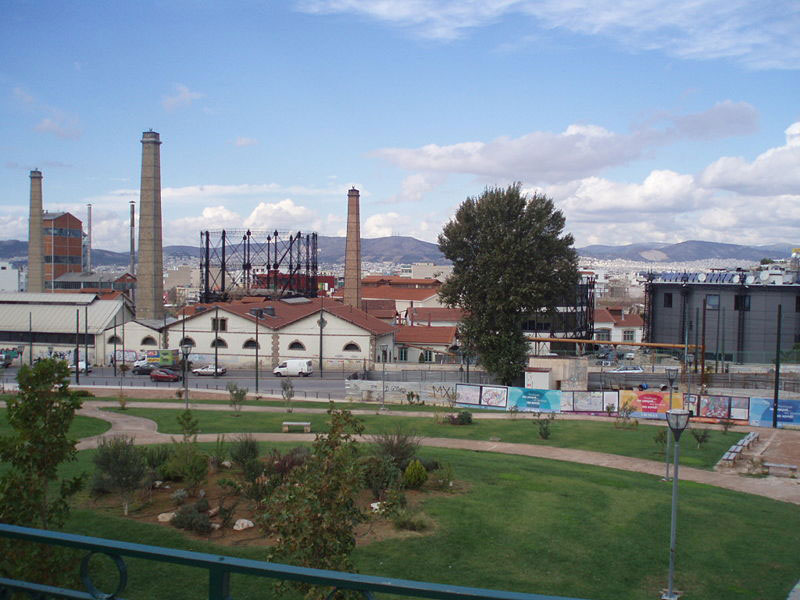 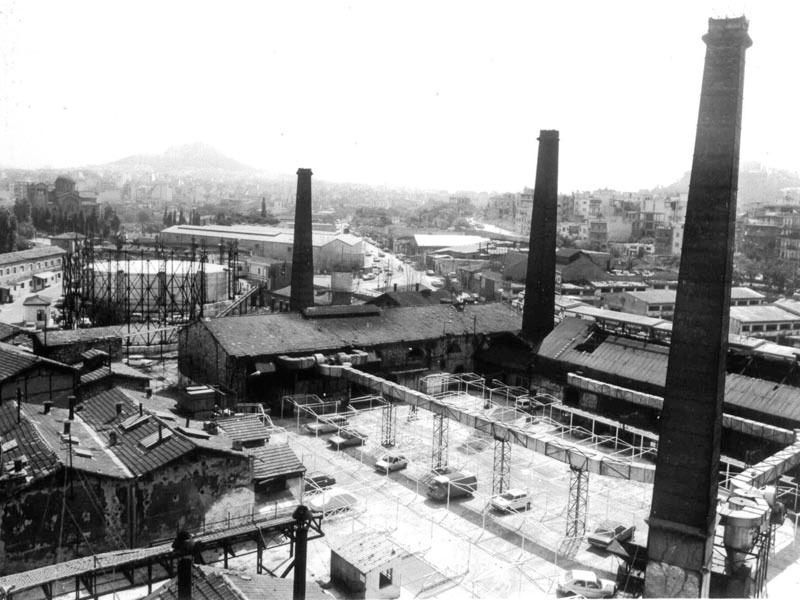 The Athenian gas factory, where “Technopolis”, major cultural venue of the City of Athens is being housed, opens to the public on January 27, 2013, after an almost 30-year closure, as the first industrial museum of Athens.

The Athenian factory of the French Gas Company was founded in 1857, by royal decree of King Otto, upon a unanimous decision of the Municipal Council of Athens. That was the time when the industrial revolution began to emerge in the newly established Greek State, which was merely three decades old. That decree granted to Fragiskos Feraldis the right to found and develop the gas factory for the lighting of the city. Following this decree, he was granted the right to establish and run a “gasworks” to bring light to the city. In identifying a site to house this industrial complex much importance was attached to its central location. The site chosen was on the main road to Piraeus at the third corner of the commercial centre of Athens which formed a rough triangular shape. In the plans drawn up by Kleanthes and Schaubert in 1833 (the original city plan) this site was to have been the location of Kekrops Square while, in the 1834 plan, prepared by von Klentze, it was designed to host the Royal Palaces. Later development in the wider area around the gasworks led to Pireos st. becoming established as one of the capital city’s main industrial areas.

In 1938 the factory was ceded to the Municipality of Athens and became the Public Gas Enterprise of Athens (DEFA).

Despite the city’s reconstruction, in the ‘ 60s, the factory fell into disuse, as the type of energy produced in it was considered “obsolete”. In 1983 gas production from coal was discontinued and the network was connected to the Greek Refineries of Aspropirgos, where production with the technology of naphtha was established.

One year later the factory’s operation was suspended because it was considered anachronistic, noτ so much due to the pollution produced, but mainly due to its location in the center of Athens, near Acropolis.

Today, the “Gazi” site is a living museum of industrial archaeology and architecture as well as a source of inspiration for various branches of science and art.

In 2011 the new administration board of “Technopolis” undertook the ambitious project of creating an industrial gas museum, and commissioned a group of museologists, architects, historians, conservators to realize the plan. A year later, the old gas factory opens its doors to the public and reveals its history for the first time.

Walking along a specially designed route, visitors will have the opportunity to see the old factory’s facilities, follow the stages of the gas production process and discover a “forgotten” part of the Athenian history.

At the same time, subjects as the industrial heritage and the industrial archaeology, the working conditions of the factory, old and new forms of energy are being presented with the help of original objects and equipment, a rich photographic material, audio documents and video.

The Industrial Gas Museum opens on January 27, 2013. It will be open daily from 10.00 a.m. to 6.00 p.m. within the “Technopolis” Art complex. On Saturday 26, Mayor of Athens Giorgos Kaminis will inaugurate the new museum.