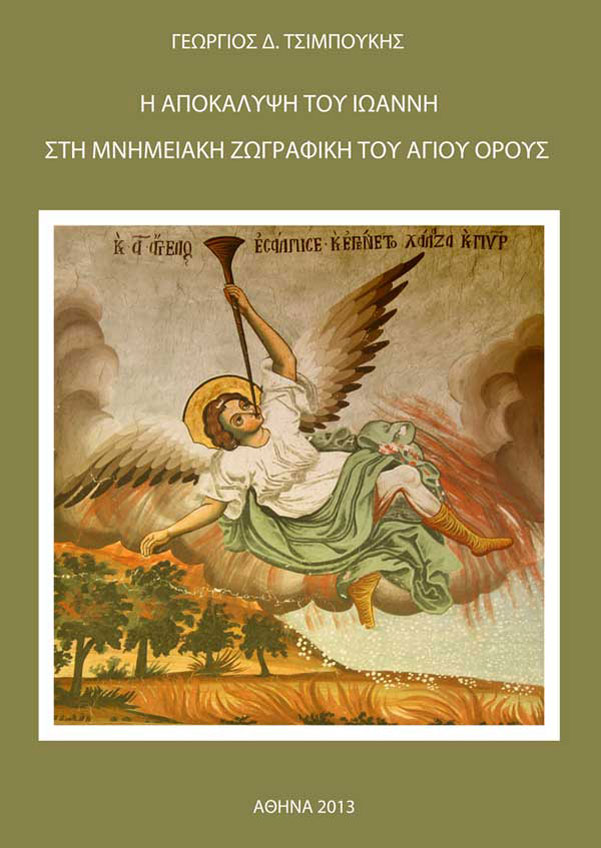 G. Tsimpoukis, “The Revelation of John in the monumental painting of Mount Athos”

The book examines the ten iconographic cycles of the Revelation of John, as preserved in the wall paintings of nine monasteries in Mount Athos. The comprehensive study of these important frescoes, dating from mid 16th to mid 19th century, fills an important gap in research of Post Byzantine painting, since the most extensive cycles depicting the prophetic book of John are presented for the first time.

Georgios Tsimpoukis works as an archaeologist for the Hellenic Archaeological Service. His academic activity includes presentations in conferences and workshops, as well as an article entitled “Dedicatory inscriptions and painters’ signatures on portable icons of the 18th and the 19th centuries from the Ecclesiastic Museum of the Holy Metropolis of Lemnos”, published in the volume Antapodosi: Studies in Byzantine and Post Byzantine Archeology and Art in Honour of Professor Helen Deliyianni-Doris (Athens 2010).

The book is written in Greek.