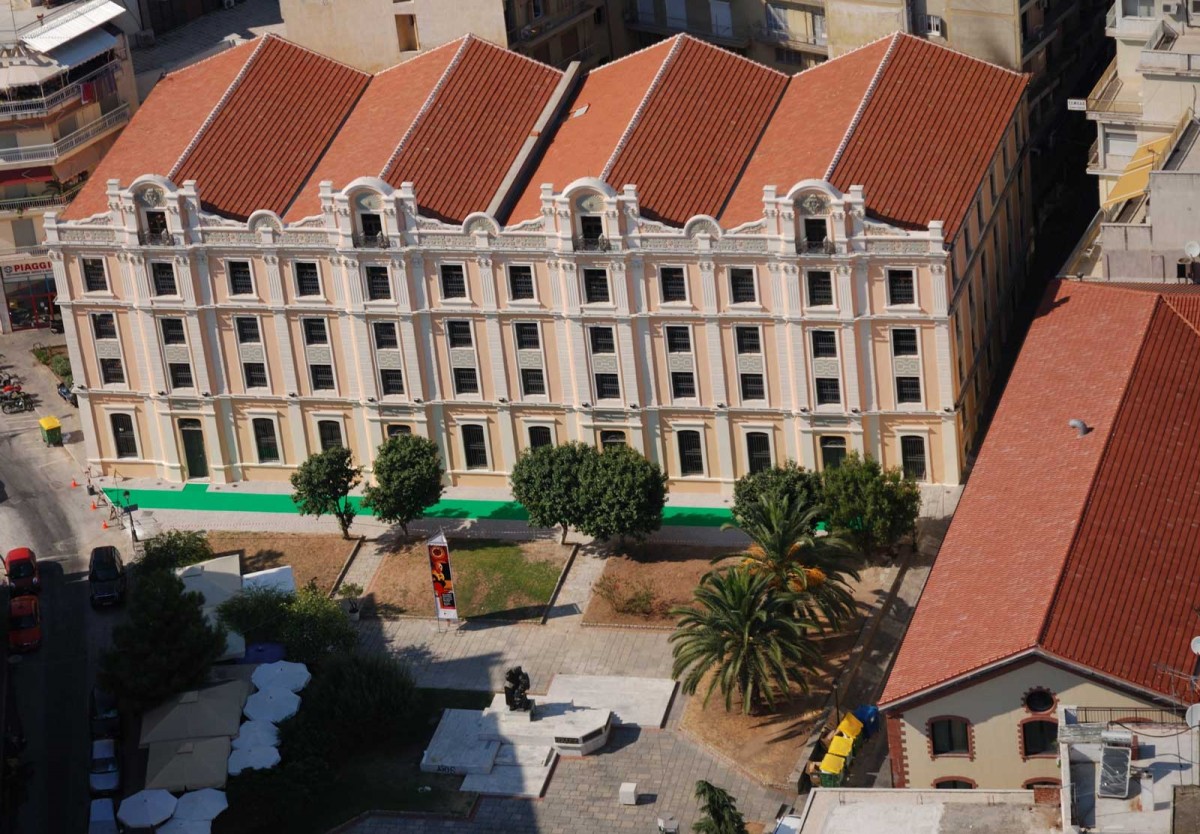 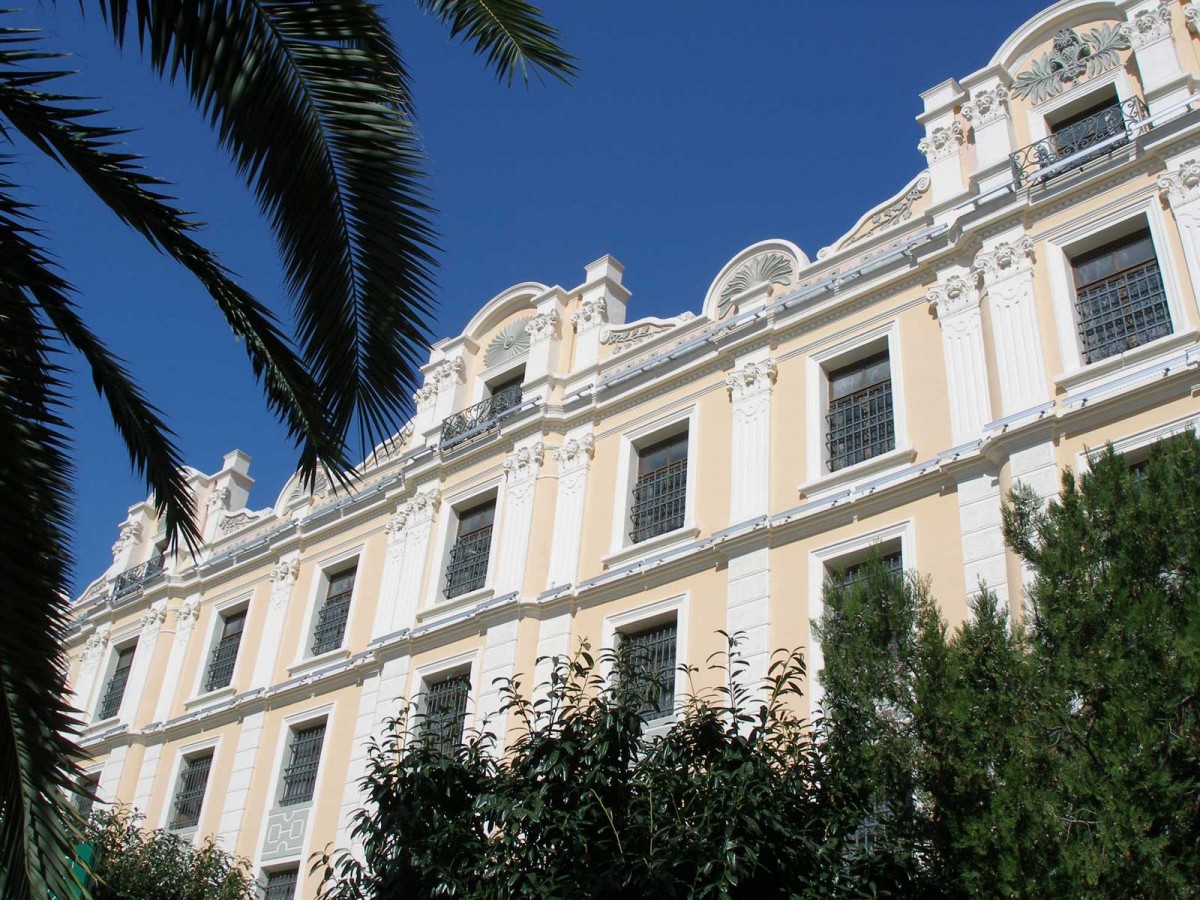 Vienna to Kavala: Technology Transfer in the Early Twentieth Century

The workshop marks the centenary anniversary of Kavala’s accession to the Greek state in July 1913. It is supported by the National Technical University of Athens, the Municipality of Kavala, and ADVANTAGE AUSTRIA, Athens. The venue of the conference is a wonderful tobacco warehouse renovated to host the tobacco museum of the city of Kavala in northern Greece.

During the early 20th century the economies of a number of Greek cities relied almost exclusively on the cultivation, processing, and sale of tobacco leaves. Especially in coastal cities such as Kavala, a town by the sea in northern Greece, everyday life mirrored the incessant tobacco production cycle—picking, drying, processing and baling tobacco. This was then transported to the port, loaded onto barges lined up at the quays in front of the city’s enormous tobacco warehouses and ferried out to foreign company steamers anchored out to sea. Since the 1840s, Lloyd, the major Austrian steamship company, had established a fortnightly service between Trieste and Kavala. Tobacco exports were directed mainly at the Habsburg Empire, but also Russia, England, Egypt, France, and even the United States. The city attracted both the Greek bourgeoisie—retailers who traded tobacco as independent exporters in mainly the Balkans, Russia, Egypt, and Turkey—and European corporations. These were powerful investors who built their own tobacco warehouses and often had the double role of foreign consul in the city and tobacco merchant. It is indicative that by 1880 all the major European countries had established consulates in the city of Kavala. By the end of the nineteenth century, around 4,000 tons of tobacco were being sent abroad annually from the city’s port mostly by the Austrian Herzog et Cie. By 1913 there were 61 tobacco trading houses in the city.

In this context of economic growth, powerful tobacco dealers mainly from the Austro‐Hungarian empire, introduced innovative processing and packaging machinery in order to maintain a firm grip over tobacco production. Indeed, the tobacco industry stood at the cutting edge of business practice. The history of tobacco in Greece has been told as part of the country’s political, economic, and labor history; fortunately it has also evoked interest in gender and women’s history.

Yet, historians, sociologists, and anthropologists have paid less attention to the ways that the transfer of tobacco technologies, mostly from the Hapsburg Empire, shaped local societies, were transformed by them and also greatly influenced the national economy after the city’s accession to the Greek state.

The conference invites historians and scholars from the history of technology, technology studies, the humanities, architecture, museum and cultural studies and other related disciplines to an interdisciplinary discussion of the history of tobacco technologies. It aims to reassess the role of technology transfer in the social construction of whole cities and urban infrastructures and retell their history through a multidisciplinary approach. By focusing on major dimensions of technological change in the area of tobacco production and processing, the workshop aims to answer how and why tobacco technologies were crucial in shaping the city.

Thus, the conference’s Organizing Committee invites contributions on, but not limited to, the major actors in the tobacco trade in Kavala, such as the Austro‐Hungarian Jewish industrialist Pierre Herzog who monopolized trade of Balkan and Turkish tobacco in Central Europe by the end of the nineteenth century and his company’s representative in the city, Adolf Wix von Zsolnay; the tobacco trade and economic relations and technology transfer between Kavala and Vienna; the traditional tobacco processing methods and their mechanization; the work culture and the political upheavals that were resulted from the introduction of new technologies in tobacco warehouses; the transfer of architectural styles and forms from Austria to the wider area of Kavala and neighboring cities.

Encouraged are also contributions that deal with the seminal issue of technology transfer in the tobacco industry in general during the early twentieth century, given that the transfer of technology affects the practices of both the new locality and the point of origin.

A 250‐words abstract along with a short one page cv as a word or pdf attachment are requested by February 28, 2013. These should be sent to Associate Professor Maria Rentetzi ([email protected]). Proposals will be reviewed and notification of the outcome will be made on March 30, 2013.