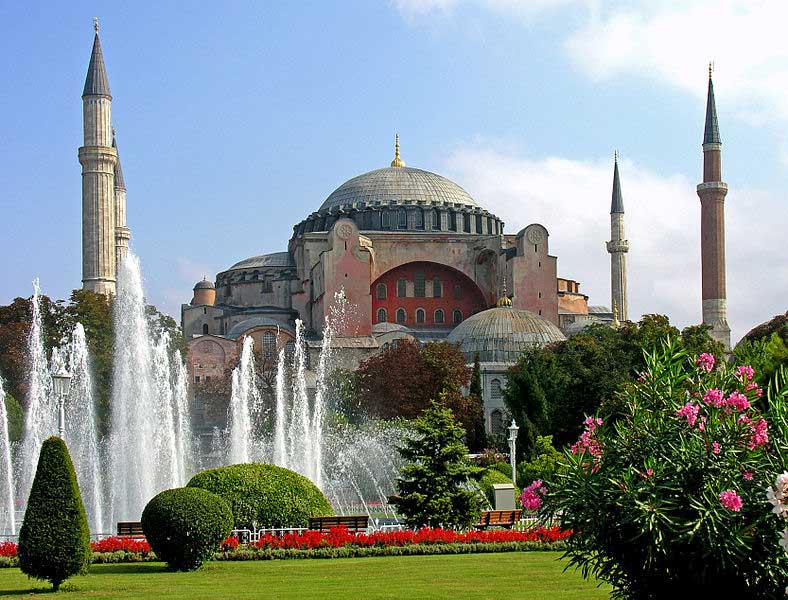 Petition to turn Hagia Sophia into a mosque

By citizens of the Kocaeli province

Citizens of the Kocaeli province have appealed to a Turkish parliamentary commission asking to change the status of Hagia Sophia, and turn it into a mosque.

In particular, a survey conducted with 401 people was attached to the application, in which more than 97 percent of interviewees requested the transformation of the ancient building into a mosque and afterwards for it to be reopened for Muslim worship.

The Parliament’s Petition Commission has taken the application under consideration. The Commission is going to ask for the opinions of related institutions on the issue, as Anatolia News Agency reported on Sunday.

Apart from the application received from the Kocaeli citizens, the commission received 15 separate petitions within five days in the form of electronic mails, all asking for “opening the Hagia Sophia to worship.”

The famous Orthodox patriarchal basilica served as an Eastern Orthodox cathedral from its dedication date in 360 until 1453 (except between 1204 and 1261, when it was turned into a Roman Catholic Cathedral under the Latin Empire). From 29 May 1453 until 1931 the Agia Sofia was a mosque. In 1931 it was secularized and remained closed to the public for four years. In 1935 it opened as a museum.