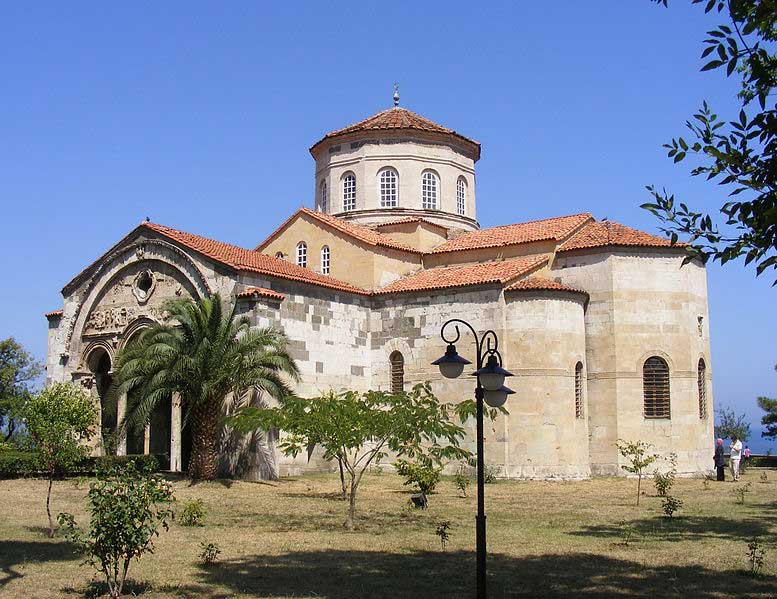 Hagia Sophia in Trabzon was declared a mosque

The first prayer was held a few days ago

Hagia Sophia in Trabzon, which has been a museum since 1961 and dates to the thirteenth century, was turned into a mosque by Turkish authorities. Priceless Byzantine frescoes and mosaics were covered with curtains and carpets.

Recently, the jurisdiction of the church was transferred by court order from the Ministry of Tourism to the local Vakif Direction of Trabzon, which in turn decided to reopen the museum as a mosque, after almost half a century. The first prayer was held a few days ago.

This is not the first time the church operates as a mosque. After Mehmed II conquered the city of Trebizond in 1461, Hagia Sophia was converted into a mosque and its frescos were covered in whitewash.

Although the director of the Vakif Direction of Trabzon, Mazhar Gildirimhan, stated that “not a single nail was pinned nor the slightest damage was made,” the decision of the Turkish authorities caused controversy among progressive academics in Turkey. With this decision “the Erdogan government continued the Ottoman conquest of Trebizond” and shows that “cultural diversity is not tolerated in Turkey,” said Engin Akgiourek, Professor of Byzantine Art at the University of Istanbul. The Church of Hagia Sophia and the Sumela Monastery are the two most important Byzantine monuments in the area, as Akgiourek added.

This is the second time in recent years that Turkish authorities have converted a Byzantine church into a mosque. In 2011, Hagia Sophia of Nicea, a church with high symbolic value in the history of Christianity, was declared a mosque by the Turkish authorities. Until then the building was a museum and tourist destination.