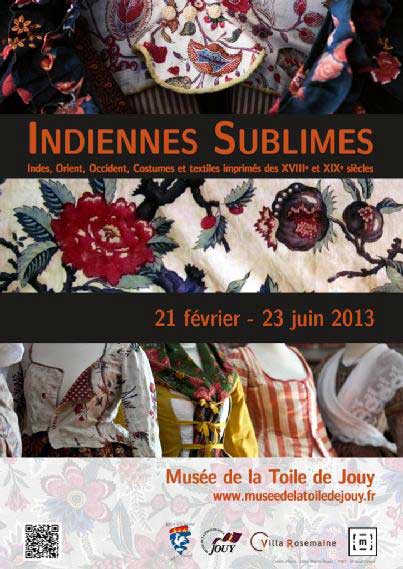 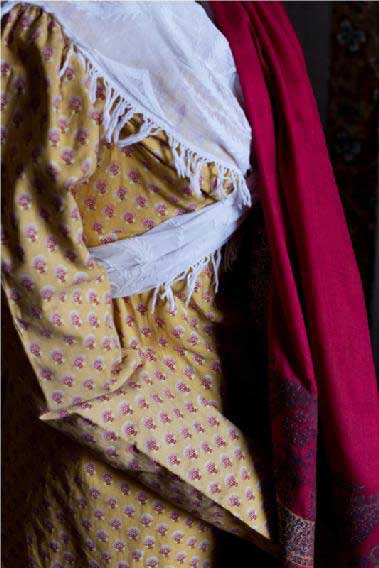 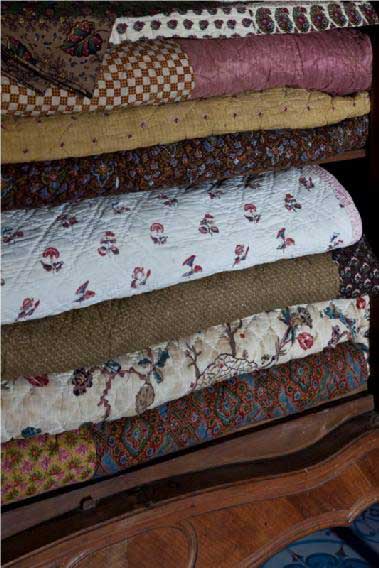 The exhibition “Indiennes sublimes” has travelled to the Musée de la Toile de Jouy from Villa Rosemaine, Study centre for textile heritage, based in Toulon. It opens on February 21, 2013.

Indian “tree of life”, persian Kalamkari , printed fabrics from Nimes, Marseille or Jouy are better known as “indiennes” in reference at their origins (chintz or calico in english). The ancient tradition of painted or printed cotton cloth came from the East and from India in the seventeenth century. At that time, in Europe, there was only the weaving hemp, wool and linen for the people, and the upper class wore clothings with velvet, brocade silk and with other precious woven or embroidered fabrics. So, the printed cotton is indeed a recent invention.

Through this exhibition, we go back to the origins of printed cotton in the West in the late seventeenth century at the birth of western import companies. Thus, the Portuguese, English, French and Dutch companies traded with Europe and with Marseilles (which played an important role in this trade), very rare and luxury products: coffee, spices, rich fabrics exclusively for the nobility and the upper class. The fascination in England, in France as in Provence was immediate, and the excitement that occured in the society was so great that these products threatened the local industries, and a royal ordinance in 1686 banned the fabrics for 70 years.

“Indiennes sublimes” presents the story of these exotic “treasures” which came from the East. The exhibition reflects the passion of provencal collectors who present a selection of their finest pieces and rare finds.

“Indiennes sublimes” also focuses on the early French and English chintz, first imitated by the local industries. The most famous “indiennes” centers in France started in the seventeenth century in Marseille, Aix, Orange, then in Jouy en Josas, famous royal factory, then in Rouen, Nantes, Nimes, and especially in Beautiran or in Alsace which continued to produce chintz untill the nineteenth century. This important industry spead in England, but also in Switzerland, Spain and Nerderland who continued to trade huge quantities of Indian chintz. Then Tsarist Russia recoved the latest technologies in French declining industries, and it’s why some French workers emigrated from Alsace to Russia in the late nineteenth century. So they gave their know how to the Russian Empire that extended from Europe to cental Asia. And we understand better now why the famous ceremonial silk coats from Uzbekistan in Central Asia has a printed cotton lining which seems to come from… Alsace!