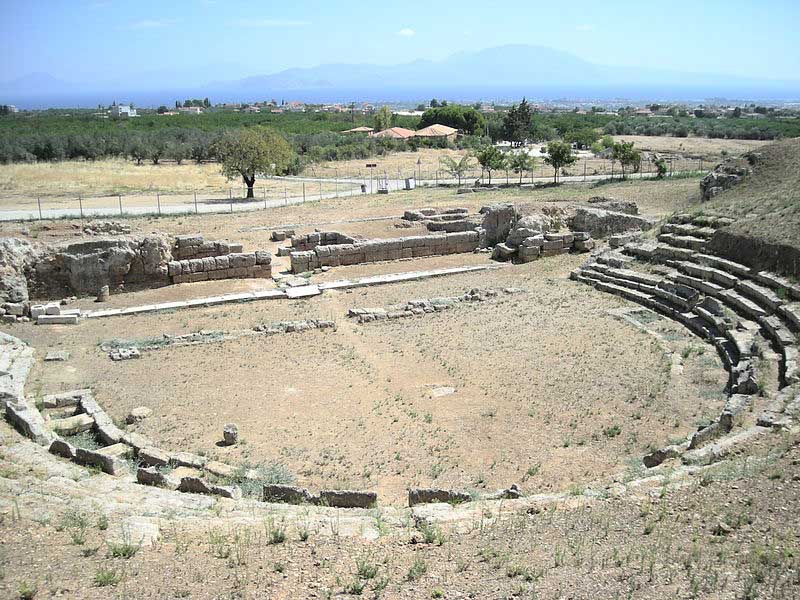 Works at the ancient theatre of Sicyon

It was one of the largest theatres in Antiquity, with a capacity of 10,000 spectators. There, ancient drama competitions were held and citizens gathered to make political decisions. The ancient theatre of Sicyon dates to the end of the 4th – beginning of the 3rd century BC, while it was rebuilt after 146 BC by the Romans. Since then, and after it was revealed by the American School of Classical Studies (in 1886-1898) and the Archaeological Society at Athens in the early 1950s, during excavations headed by Anastasios Orlandos, and then in 1984 under the direction of Kalliope Krystalli-Votsi, parts of it were restored in the years 2006 and 2007.

As of yesterday, the monument enters a new period of excavations and restoration works, within a framework of a project aiming at the protection and enhancement of its original identity. The Central Archaeological Council gave the green light to the plan of necessary works.

In order to face the structural and morphological problems of the theatre, which over time have caused damages and “diversions” from the original geometry of the monument, a working team of the 37th Ephorate of Prehistoric and Classical Antiquities, under its Director Konstantinos Kissas, has made the following proposals.

In the first phase of the program (2013-2014) a preliminary study will examine the pathology of the monument and plan a general strategy of the monument’s enhancement. The necessary funds will be given by: the Regional Unit of Corinthia and the Municipality of Sicyon (200,000 euros), the “Diazoma” Association (10,000 euros) and possible new donations. During the second phase (2015-2019), and according to the available funding, the works for the revelation, the protection and the restoration of the theatre will be continued.

The ancient theatre of Sicyon has been built in the west of the ancient Agora, at the foot of the Hellenistic acropolis, within the natural cavity of the hill. It has been constructed using two techniques: building with tufa and carving parts of it in the natural rock.