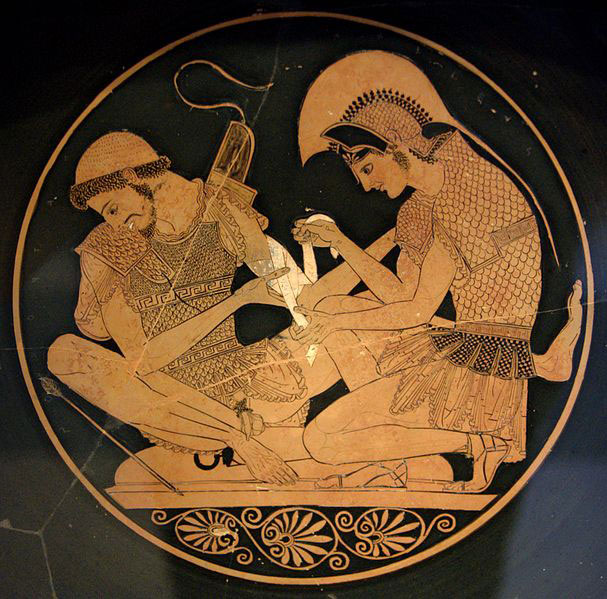 Geneticists claim to have found the age of Homer’s Iliad

Geneticists have applied the same technique of decoding the genetic history of humans by tracking how genes mutate on Homer’s “Iliad”, to uncover the date it was first written.

According to their results, Homer probably wrote the story of the Trojan War in ca. 762 BC, a date fitting the time most scholars think the “Iliad” was compiled. The new study, published in the journal Bioessays, mostly affirms what most scholars have been saying, that the work was written around the eighth century B.C.

Explaining how geneticists came to engage themselves in such a project, Pagel said: “Languages behave just extraordinarily like genes. (…) It is directly analogous. We tried to document the regularities in linguistic evolution and study Homer’s vocabulary as a way of seeing if language evolves the way we think it does. If so, then we should be able to find a date for Homer.”

The researchers employed a linguistic tool called the Swadesh word list, put together in the 1940s and 1950s by American linguist Morris Swadesh. The list contains approximately 200 concepts that have words apparently in every language and every culture, Pagel said. These are usually words for body parts, colors, necessary relationships like “father” and “mother.”

Then they tracked 173 Swadesh words in the “Iliad” and measured how they changed. They also examined the language of the Hittites, a people that existed during the time of the Troyan war, and modern Greek, and traced the changes in the words from Hittite to Homeric to modern. In other words, they worked precisely like they measure the genetic history of humans, going back and seeing how and when genes alter over time.

As for Homer, the mystery surrounding his existence still remains. “It is unlikely there ever was one individual man named Homer who wrote the ‘Iliad’” Brian Rose, professor of classical studies and curator of the Mediterranean section at the University of Pennsylvania Museum said. “The ‘Iliad’ is a compilation of oral tradition going back to the 13th century B.C. It’s an amalgam of lots of stories that seemed focused on conflicts in one particular area of northwestern Turkey,” he added.