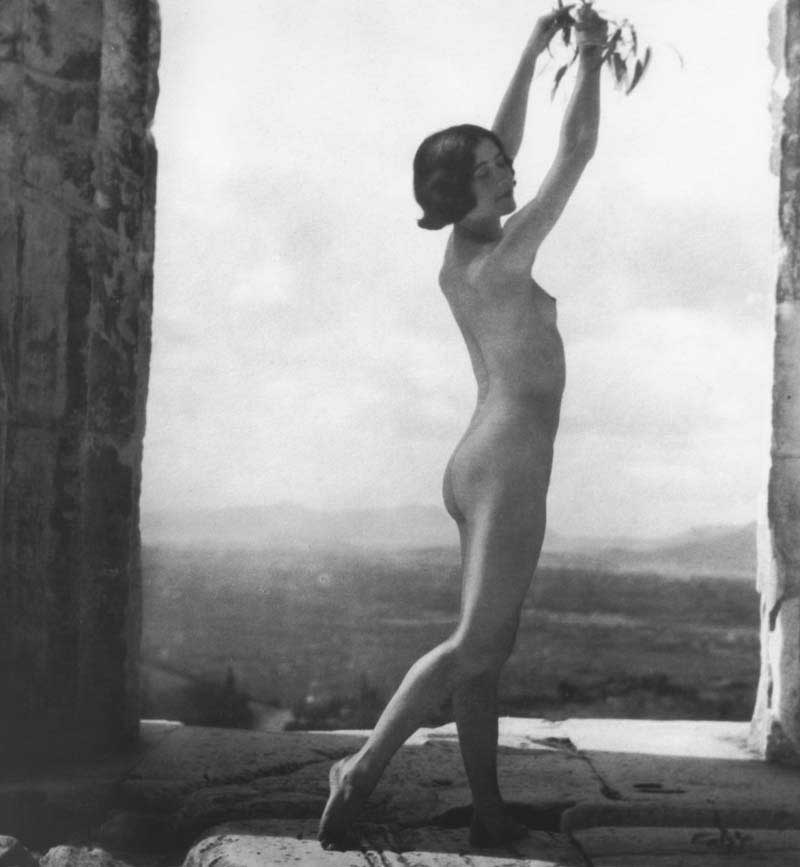 Photographic exhibition with works of Nelly’s, titled “Dance and Antiquities”, is opening today in the National Academy of Art in Sofia.

The exhibition is organized under the auspices of the Greek Embacy in Sofia, and in collaboration with the Benaki Museum and the National Academy of Art in Sofia.

Elli Souyioultzoglou-Seraidari (1899-1998), known as Nelly’s, is one of the greatest Greek photographers of the 20th century, while her work in Greece during the 1920s and 1930s constitutes a point of reference for the future generations.

The 60 pictures featured in this exhibition have been chosen from the rich Nelly’s collection, the biggest part of which is kept in the Photographic Archive of the Benaki Museum since 1985.

“The work of Nelly’s, a precious piece of the Greek culture, is traveling once more abroad to incite the admiration of the public”, Georgia Ismiridou of the Photographic Archive of Benaki Museum said.

Nelly’s was born in Aydin (Asia Minor). She studied in Dresden (Germany), under Hugo Erfurth and Franz Fiedler. In 1924 she came to Greece, and opened her own photographic studio in Athens. An early interest in portraiture, maintained throughout her professional career in Greece and the USA, provides us with rare pictures of interwar Athenian society, as well as an important source of information on America’s Greek immigrants.

Apart from that she photographed ancient monuments, which appeared in official tourist publications that were circulated abroad, and contributed to creating the earliest visual symbols of Greece’s “philosophy regarding tourism”.

In 1927, in an effort to combine her two beloved themes, she took the initiative to invite and photograph the dancer Mona Paiva, initially at her studio and afterwards on the holy rock of Akropolis. She also photographed the Delphic Festivals of Angelos Sikelianos and his wife, Eva Palmer, in 1927.  At the beginning of World War II she was in the USA, where she stayed for almost 27 years, from 1939 until 1966.

After returning to Greece, in 1966, she lived in Nea Smyrni with her husband Aggelos Seraidaris.