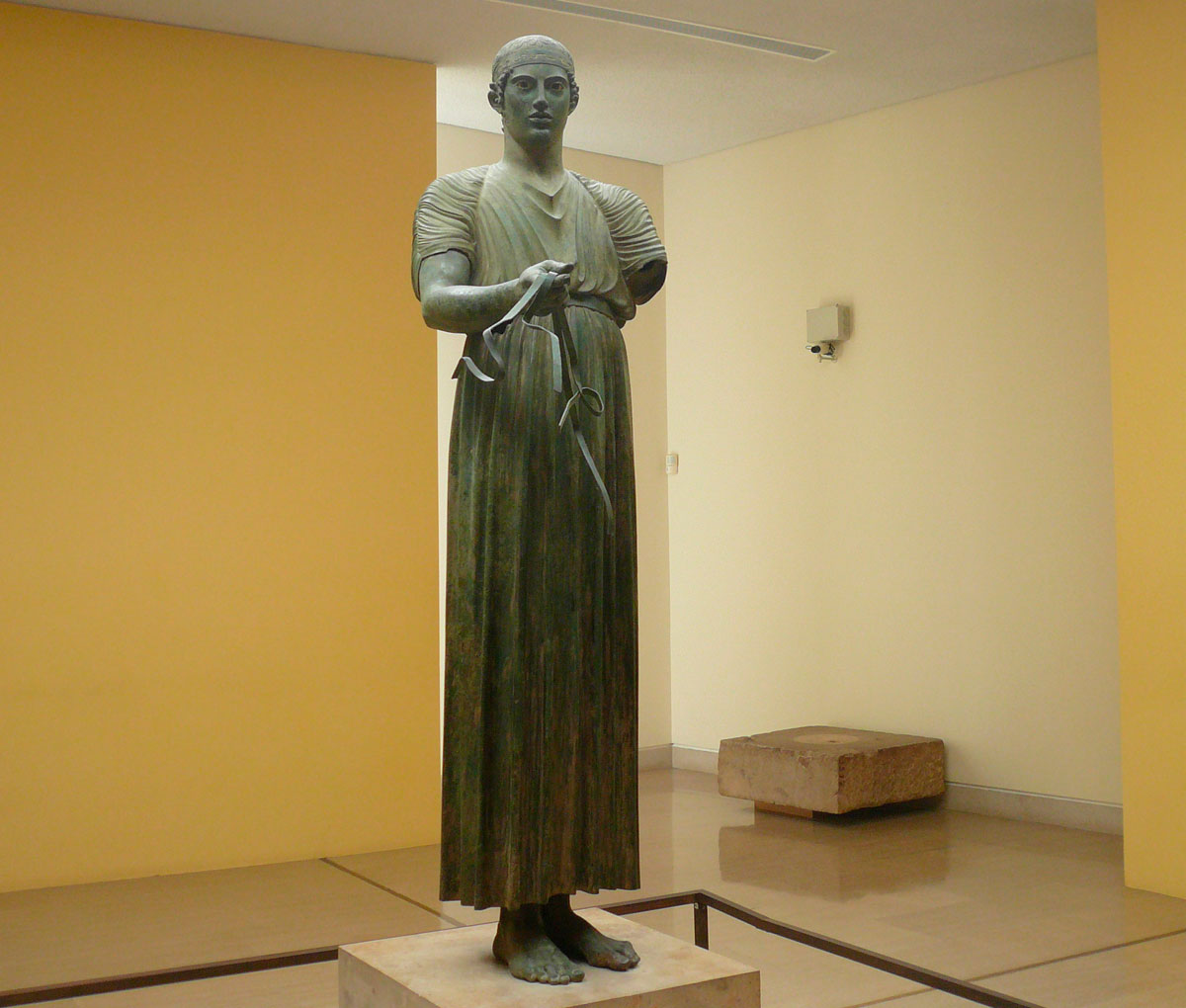 The Delphi hippodrome has been located

Dated to 590-580 BC, this is actually the most ancient Greek hippodrome, and it is second in importance after the –today lost- hippodrome at ancient Olympia. It is at Delphi that have competed with their chariots prominent political leaders, such as Kleisthenis, tyrant of Sikyon, and the tyrant of Syracuse, Hieron. Also, renowned Charioteer, the bronze statue in the Delphi Museum, has most probably taken part and was victorious in the chariot race during the 474 BC Pythian Games.

The Delphi hippodrome, a monument sought by archaeologists for over two centuries, was revealed just a year ago by Professor of Classical Archaeology Panos Valavanis. The Professor gave a talk about this extremely important find last Thursday, at the Athens University, facing a big audience.

“ ‘Gonia’, the site suggested for the Delphi hippodrome, at the west end of the olive grove, nearly 1.5 km northeastern of Itea, running parallel and being adjacent to the Kefali mountain range, between the Aghioi Anargyroi and Gla hills, satisfies every physical precondition for a hippodrome and agrees with the data offered by ancient sources. Besides, this site belongs to the sacred land of Delphi and it is in immediate contact with the Sanctuary, a most important point for the symbolic association of the distant athletic installation to the worship center of the Sanctuary”, said Prof. Valavanis.

What was at the beginning of these all?

“Back in 2005, in a book whose title was “The archaeological sites of Parnassis”, I happened to read an article by civil engineer Nikos Arapopoulos on the Itea antiquities. It is in there I found a rather hesitant mention of the possibility that the ancient hippodrome at Delphi could be located at the “Gonia” site. This was the starting point of my research. The author told me that he had copied this information from an older book on Itea’s history, written by the obstetrician gynecologist Demetrios Kolovos, whom I was then unable to contact. I abandoned the hippodrome question and the pursuit of the initial source of information”, Professor Valavanis stated.

The pursuit “revived” almost a year ago, in April 2012, as he was climbing the Aghioi Anargyroi hill, north of Itea’s cemetery. He then came in view of “Gonia”, a flat area surrounded by the Kefali mountain grange and the two hills of Aghioi Anargyroi and Gla. Prof. Valavanis pointed that both sites, which rise and dominate the field, bear traces of prehistoric installation. Remnants of habitation from the end of the Mycenean period have been found at Gla, while a few years ago a cyclopean Mycenean wall descending the hill to the southwest has been spotted. At Aghioi Anargyroi traces of a prehistoric installation and submycenean chamber tombs have been detected.

“It was springtime; the place was full of yellow flowers and while we were making our first reconnaissance survey to the north, our glance stopped at a point over the olive grove where the yellow flowers looked as if laying in curves, one on top of the other. The slope had an almost theatrical aspect, reminding directly the hippodrome’s sphendone”.

Despite the sore impression made on them by a now abandoned quarry next to the curved shaping of the hill, and also by a small factory built on the flat space in front of the quarry, both terribly spoiling the natural landscape, the view from the Gla hill rewarded the Professor and his collaborators. “From up there we were able to establish the landscape’s particular geomorphology that fully meets the requirements of a hippodrome: the combination of a flat extended area for the arena and of a natural slope next to the flat land that would have been the cavea for the spectators”. Field work went on and it has been supported by surface archaeological finds, mainly though by Google Earth’s satellite taking of photographs. “Pictures taken from above convey the area’s geomorphology in relief. The most striking aspect being the cavea’s curvature at the north side, an element that had caught our attention from the very first moment”, the speaker pointed out.

Carrying on with his lecture, Prof. Valavanis took his audience by surprise when he revealed the name of the person who first located the new site of the till now unidentified monument. “Five days ago, having already finished my paper, after many unsuccessful tries I get at last Mr Kolovos on the phone. The 85 years old physician told me that the idea of placing the hippodrome at the “Gonia” site as mentioned in his book comes from “Amfissa’s History”, a book by journalist and printer Theocharis Melissaris, originating in Amfissa himself. The book was written in 1923. Disposing of such an archaeological piece of information that gets copied and survives for almost a hundred years in books written by history researchers while it is not taken to advantage by archeologists, it is strange indeed”, he stressed.

Prof. Valavanis was introduced to his audience by Professor Theodossis Pelegrinis, rector of Athens University, and by Alexandre Farnoux, director of the French Archeological School at Athens, both stretching the importance of the monument’s discovery.