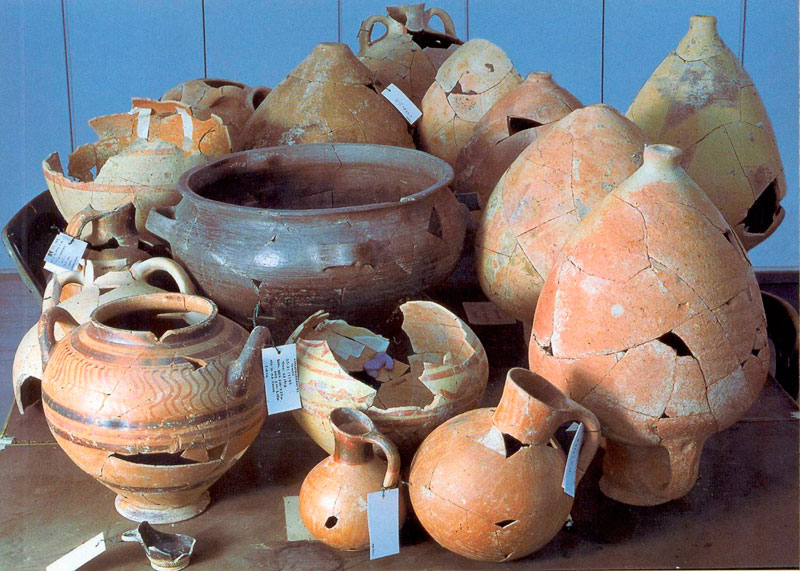 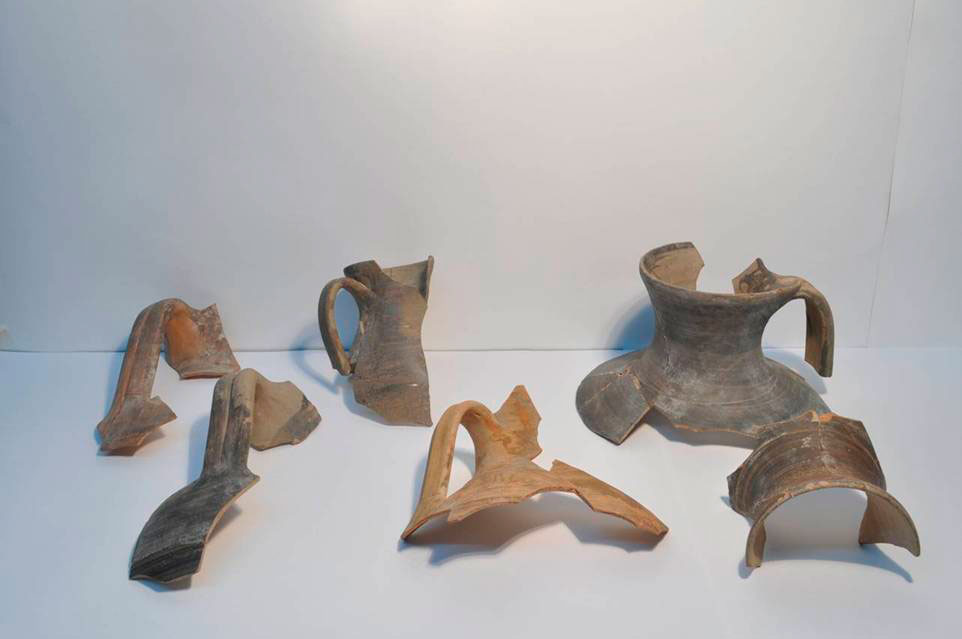 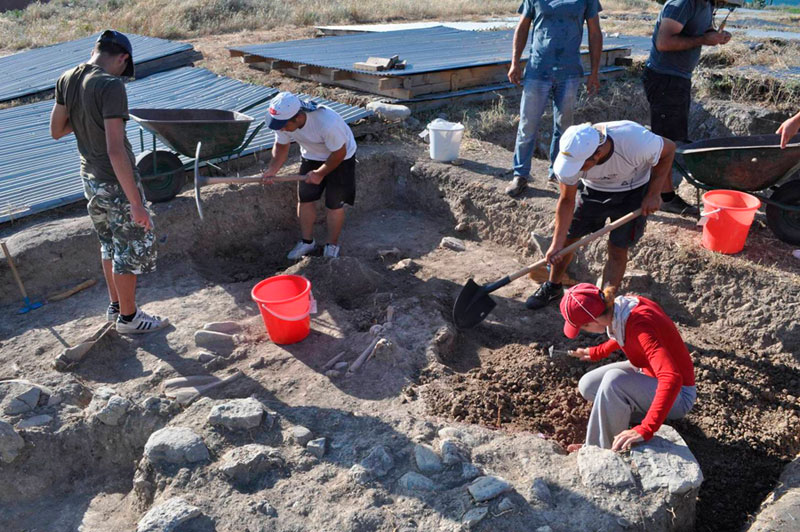 Previous Next
View all photos
Photo caption
News: The Archaeological Work in Macedonia and Thrace

Excavational survey and research in the ancient settlement

Karabournaki is located on the edge of a peninsula in the center of the Thermaic Gulf (North Aegean), in the area of modern Thessaloniki. The site preserves the remains of an ancient settlement placed on the top of a low mound, cemeteries extending in the surrounding area and a harbour. Karabournaki is probably identified with the harbour of ancient Therme, mentioned by the literary sources. The Aristotle University of Thessaloniki, under the directorship of professor Michalis Tiverios, assistant professor Eleni Manakidou and the senior researcher Dr. Despoina Tsiafaki, carries the archaeological research at the settlement from 1994 onwards.

Today, the archaeologists will present the results of the 2012 excavational season at Karabournaki, within the framework of the conference about the Archaeological Work in Macedonia and Thrace. Their paper is titled “Karabournaki 2012: Excavational survey and research in the ancient settlement.”

As stated in the abstract of the paper, the excavations conducted in 2012 had a double aim: a) the documentation of a considerable number of movable finds, and b) the investigation of some excavated areas of the ancient settlement, in order to comprehend and interpret them. This is why “closed” assemblages of finds were chosen, which came from areas of various activities, not only domestic ones but also workshop activities. Last year, the team classified, reconstructed and photographed the ceramic fragments found within a semi-subterranean beehive shaped pit (yposkapton) in the trench 27/89d, where two rather big intercommunicating semi-subterranean beehive shaped pits were located. More than 25 such structures have been revealed so far in the settlement.

The archaeologists stress that in these two pits large amounts of domestic and luxury pottery were found. Furthermore, the pits contained some rather rare decorated vessels, such as Ionian, Corinthian and Corinthian type pottery. Last year’s investigation of the ceramic finds from the yposkapton of the NW corner showed they are mostly local Archaic domestic utensils – which does not mean that there were no imported examples. Regarding the local production, it shows a big variety of forms – typical are the “egg-shelled” (ookelyphi), the oinochoe and the cooking vessels. There are also fragments of jars and trays, and grey local pots. The small quantity of imported ceramics located in the yposkapton probably dates to the same period, namely the Archaic. Characteristic types in this group are the Ionian kylikes and some Corinthian examples, while there are also some trade amphorae for the transport of oil and wine (from Attica, Chios, Samos, Klazomenai and Corinth).

The small climax excavation survey conducted in 2012 in three trenches  brought to light parts of buildings with stone walls and pebble floors, and parts of semi-subterranean beehive shaped structures, beneath them. All these finds date back to the Archaic period (7th-6th century BC).