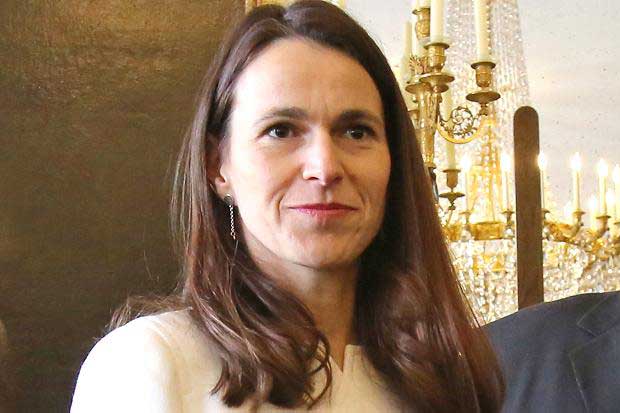 Photo caption
News: The next director of the Louvre

Aurélie Filippetti made it clear last week that she wanted to replace Henri Loyrette, outgoing chairman of the Louvre, with Sylvie Ramond, director of Lyon’s Fine Arts Museum.

Within days she turned from darling of the cultural establishment to prime target as critics accused her of discriminating against men.

“This way of putting in place what could easily be seen as a system of quotas is perfectly sexist and, moreover, almost illegal,” said art historian Didier Rykner, in an editorial in La Tribune de l’Art, an outspoken and widely read website. “One must choose the best candidate of either sex, not the best female candidate. It might have been more honest to refuse to interview the male candidates.”

The row worsened after French Culture Ministry officials made it clear that Mrs Filippetti favoured Mrs Ramond for the job.

Detractors claimed Mrs Ramond, in charge of a relatively modest, provincial institution, was totally ill-suited to the Louvre as she is a specialist in 20th century art while the Louvre exhibits little modern art.

As written by Vincent Noce, the art critic in Libération: “Though Sylvie Ramond, the director of the Musée des Beaux-Arts de Lyon, is far and away the favorite to succeed Henri Loyrette as the leader of the Louvre, the arcane process by which the position is filled — with Culture Minister Aurélie Filippetti picking among roughly ten candidates to recommend two to President François Hollande, who makes the final call — has been dismissed as ‘scandalous’ and ‘contemptuous’ by museum officials. Filippetti has recommended either Ramond or Jean-Luc Martinez — the current head of the Louvre’s department of Greco-Roman antiquities — to be the museum’s next director, eliminating from contention a slew of directors at major regional and international institutions. ‘When you think that to fill any job you have to put out a public call and that the choice of a leader for France’s most important cultural institution comes down to pulling straws, it’s lamentable for France,’ a curator, speaking on condition of anonymity, complained.” Noce also pointed out that Ramond had a fatal flaw – her poor command of English at a time when the Louvre is involved in a complex project to build an offshoot in Abu Dhabi.

Faced with claims of an “opaque” selection process, Miss Filippetti hit back late last week, insisting: “I never said it would necessarily be a woman.”

Sources close to the ministry say that in an apparent attempt to defuse the row, she has added two male names to the shortlist submitted to Mr Hollande for a final choice, Jean-Luc Martinez, and Laurent Le Bon, head of the Metz Pompidou Centre.

“Nothing is decided. The process is still underway,” an Elysée source told Libération.

Speaking today about the challenges awaiting his successor, Mr Loyrette – whose 12 years at the helm of the Louvre is widely deemed a great success – said it must “remain open to the world” and “find innovative solutions in the face of budgetary constraints”.

At present, 48 per cent of the budget of the Louvre – which welcomed 10 million visitors last year – comes from the state, with 52 per cent coming from its own resources and private donors. “In three years, the ratio will already be 44 per cent to 56 per cent,” Mr Loyrette said.