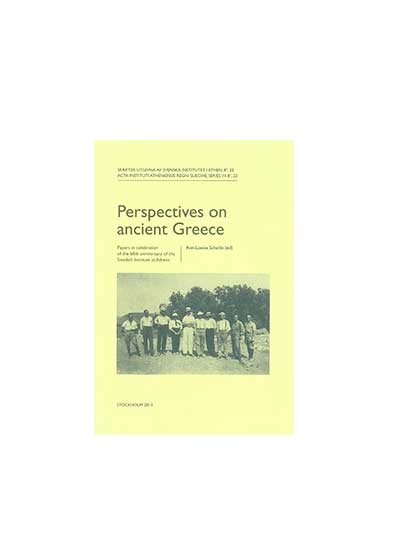 This volume presents current research related to Greek prehistory and Classical Archaeology and thus serves as a crosssection of the research strategies, which the Swedish Institute at Athens promotes. The topics relate to research, which span from the Neolithic to the Hellenistic times. The reason for putting this publication together is twofold: one aim is to publish the papers, which were put forward by a select number of Swedish scholars who were invited to give lectures at the Swedish Institute at Athens during the celebrations commemorating the Institute’s 60th anniversary on 10 May 2008.

The second aim is to honour professor emeritus Robin Hägg, who was the director at the Swedish Institute at Athens from 1976 to 1994. This book thus consists of articles based on the lectures, which were held at the Swedish Institute celebrations on May 10, 2008 and also of a number of articles by scholars who wished to celebrate Robin Hägg and who thus joined the venture.