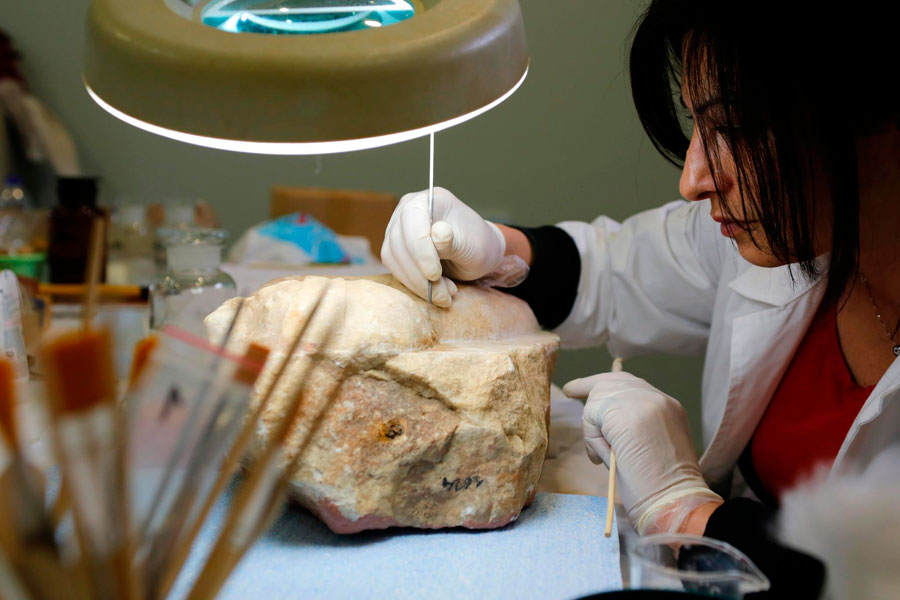 It is one of the most pleasant surprises of the last few months in Facebook. Day after day, a museum is being “set up” in front of the Facebook community. It is the Archaeological Museum of Tegea is organizing its re-opening since August 2012.

The team in charge of re-organizing the museum, headed by Director of the 39th Ephorate of Prehistorci and Classical Antiquities, Anna-Vasiliki Karapanagiotou, has managed to draw the public’s attention, by uploading photos showing all stages of the procedure, such as the restoration and moving of the exhibits, the scanning of the archive material etc., aiming at presenting a multifaceted project in a “dynamic” way.

The team’s goal is clear: “Anyone can now see how a museum is being created, what the parallel works are, and what kind of interdisciplinary approach is needed in order that such a project is realized”.

The concept of the new exhibition focuses on using the digital media of the Museum, and interactive applications. Devices of advanced technology, which were launched for the first time in April 2012, in the USA, and came to Europe in November 2012… are now in the Museum of Tegea! Also, for the first time, Greek scientists create new applications of archaeological-historical content, in an entirely new platform.

These applications will be literally interactive, meaning that the visitor will decide about the level of interaction, the information he will receive and share with other users. History, Archaeology, GIS, Chartography, Geology, Information Sciences’ Technologies and rich archive material are combined in a unique way. The concept of the Museum’s website (www.tegeamuseum.gr) and its participation in the social media (http://www.facebook.com/Archaeological.Museum.of.Tegea) follows the same goals.