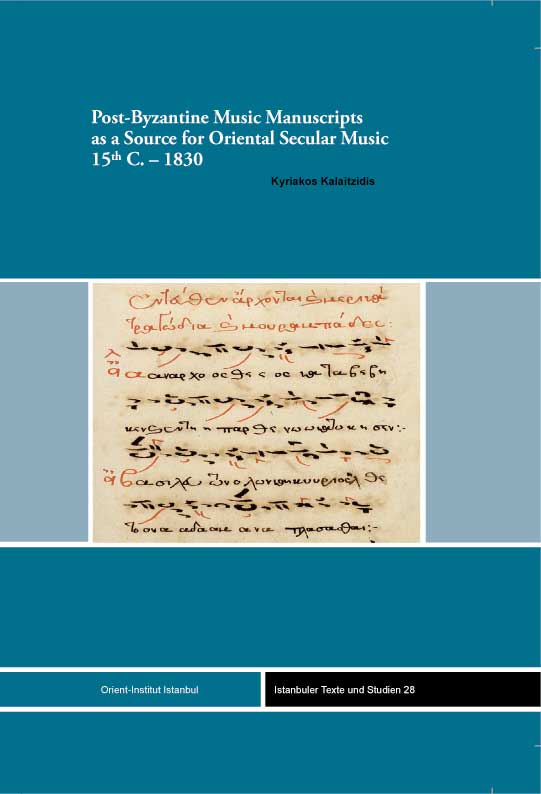 The idea for this English edition of Kyriakos Kalaitzidis’ Ph.D. thesis came into being during the conference titled “Writing the History of ‘Ottoman Music’”, which was organized by the Orient-Institut Istanbul in cooperation with the State Conservatory for Turkish Music of the Technical University Istanbul in November 2011. It was planned to invite Kyriakos Kalaitzidis to share his experience as a performing musician, but he proposed a paper on Ottoman music in post-Byzantine music manuscripts. As it turned out almost none of the Turkish and international experts on Ottoman music in attendance had ever heard about this research and these sources. The paper itself caused a true sensation: By mining diverse post-Byzantine manuscript collections in libraries and monasteries for the first time, Kyriakos Kalaitzidis discovered about 4,200 pages of previously unknown notations of secular Greek, Ottoman and Persian music.

After the publication of two known collections of Ottoman art music prior to the 19th century, Ali Ufki’s Mecmua and the collection of Cantemir, these new sources promise a third outstanding historical corpus of composition.