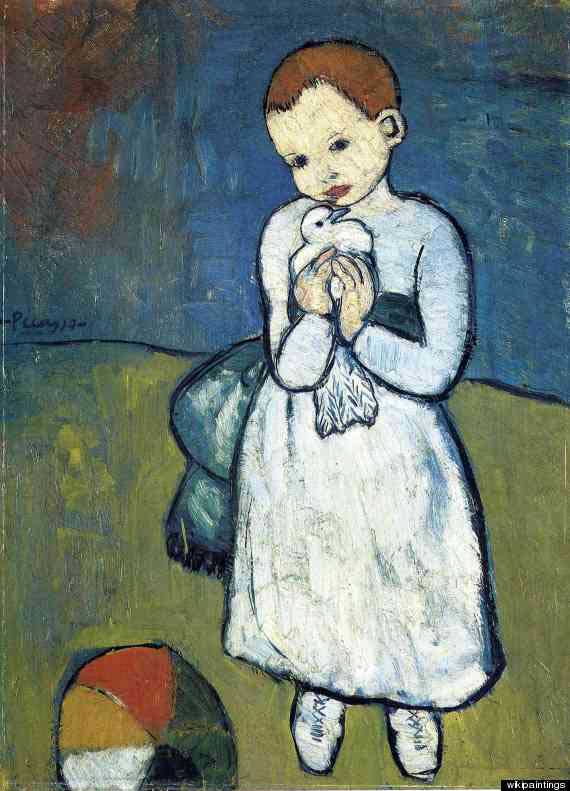 “Child with a Dove” rumoured to be heading to Qatar

Picasso’s Child with a Dove (1901) has been acquired by Qatar for £50m, Le Figaro reported, after 40 years of delighting art visitors in the UK. However the Qatar Museums Authority refused to confirm or deny the acquisition.

The 1901 Picasso artwork was sold for £50m to the Aberconway family. They inherited it from Samuel Courtauld. The piece, which marked the beginning of Picasso’s Blue Period, went on long-term loan to the National Gallery, London, from 1974 to 2011. “Alongside Tate’s Weeping Woman, 1937, it is probably the most famous work by Picasso in a UK collection,” according to an Arts Council England report.

The painting’s departure for Qatar comes after a failed attempt to raise the funds to keep it in England last year. A temporary export ban was placed on the work by the UK government. However, “no UK museum had tried to raise the funds necessary to keep the picture here. It’s interesting that, despite the Picasso name, the picture did not generate any ‘save it for the nation’ campaign,” says Bendor Grosvenor, a co-director of the Philip Mould gallery in London.

As reported in the Guardian, on August 17, 2012: “The government has barred the export of a tender early painting by Picasso, his 1901 Child with a Dove, in the hope that a museum or gallery may manage to raise the £50m price and keep it in the country. The painting has been in British collections since 1924 and on loan to public collections in Britain for decades.

However it will take a miracle, or an exceptionally benevolent millionaire donor, to keep it here: the pockets of major museums and grant-givers are almost empty after a string of recent high-profile campaigns for other artworks”.

Child with a Dove is currently shown in “Becoming Picasso: Paris 1901”, an exhibit at the Courtauld Institute of Art in London. Last year, the painting was showcased at the exhibition “Picasso and Modern British Art” at Tate Britain in London. It was then reportedly sold privately through Christies.

In recent years, the small, oil-rich Gulf state has spent $1bn on art, thus becoming the biggest art buyer in the world. One of the recent acquisitions of Qatar is said to be Cezanne’s The Card Players (1895), for which it spent $250m, but this purchase has never been officially confirmed.