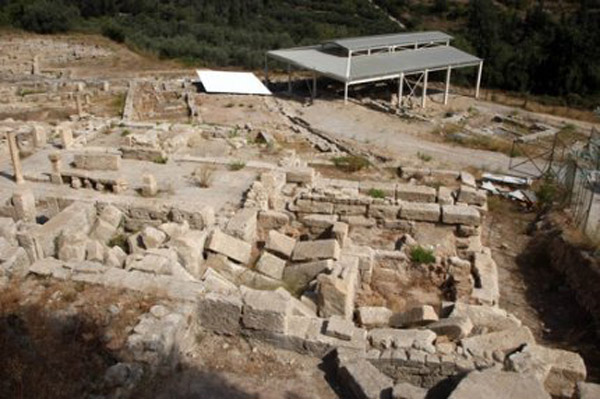 Green light for the Eleftherna dig

The Museum of the Eleftherna archaeological site, in the prefecture of Rethymno, is set to open during 2015 as its construction is in progress. So far, the floor’s roof is under construction while the semi-basement and the floor have been completed. As reported, the masterplan of shaping the Museum’s surroundings as well as securing the artefact’s security and transportation has been given the “green light” by the members of the Central Archaeological Council (KAS).

Also, the KAS members approved a new excavation plan (2013-2015) for the site, which is being excavated since 1985 by the Department of Archaeology and History of Art of the University of Crete. Research in Sectors I and III, undergone under the direction of Classical Archaeology Professor Nicholas Stampolidis is to be continued while the request of Byzantine Archaeology lecturer Christina Tsigonaki to continue her research is still under consideration.

As presented to the KAS, the new, 5-year excavation plan,will have three targets: to define the Ancient Eleftherna’s city plan, to reveal the Hellenistic and Roman phase of the city and to locate the limits of the world renowned Geometric/Archaic necropolis of Orthi Petra, which is believed to spread under layers of later years.

The dig at Eleftherna has brought to light excellent finds of different chronological phases (Neolithic to Late Roman), such as houses and paved roads, sanctuaries, a huge limestone quarry, inscriptions, sculptures, metal objects, metal and glass vessels, figurines and objects of ivory.

However, the most impressive finds come from the necropolis of Orthi Petra. Gold jewellery and remains of gold-sewn pieces of clothing accompanying the remains of women found buried in three pithoi dating between 750 and 650 BC. While research has recently shown that the women were related to each other through blood (mothers, grandmothers, aunts and daughters), their identities and position in society remains a mystery.

It is worth mentioning that the excavations on the site have been characterised as exemplary as they are accompanied by a project of monument refurbishment, protection and restoration. The impressive Orthi Petra roofing, for example, with its characteristic curvy shape has been seen as “covering the Eleftherna’s bones such as Kouretes Elefther was covering Zeus’ cry with the sound of his weapons”.