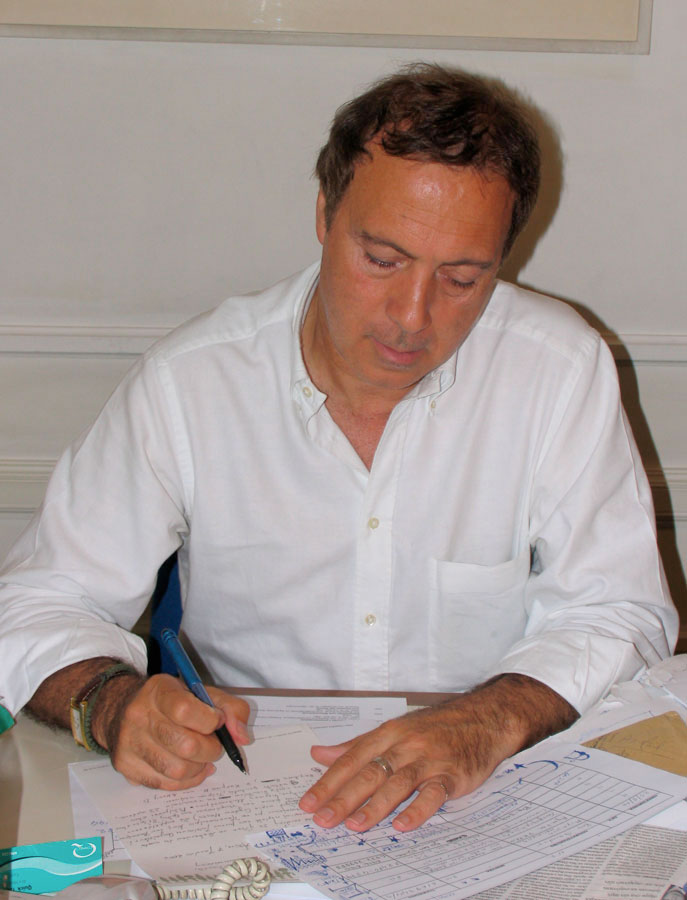 Professor of Archeology and Director of the Museum of Cycladic Art Nikos Stampolidis has been unanimously elected as the first Director-General of the Acropolis Museum.

According to an announcement by Greece’s Ministry of Culture and Sports, Prof. Stampolidis’ election followed a selection procedure carried out by the International Scientific Committee, set up in order to evaluate the candidacies submitted for the position of Director-General of the Acropolis Museum. The decision has been reported to Minister Lina Mendoni through the Chairman of the Board of the Museum and Chairman of the Committee Prof. Dimitris Pantermalis.

The international seven-member committee, set up by Minister Mendoni and chaired by Prof. Dimitris Pantermalis consisted of Professor and Academy of Athens Member Manolis Korres, the former director of the Louvre and Académie des Inscriptions et Belles-Lettres Member Alain Pasquier, the professors of Archeology Petros Themelis and Vassilis Lambrinoudakis, the Director-General of the Museums of Berlin Prof. Dr. Andreas Scholl and the Director-General of the Museums of Italy Dr. Massimo Osanna.  Having evaluated Prof. Stampolidis’ work, experience, and personality as “excellent”, the committee unanimously elected him in the position of General Director of the Acropolis Museum.

Thanking Mr. Pantermalis for the impeccable election process, despite the difficulties created by the pandemic, Minister Lina Mendoni stated:

“This is the first time that the position of Director-General in a Ministry of Culture and Sports-led Legal Person Governed by Public Law is filled through an international competition. The event in itself has special gravity and importance, as it follows international standards. The Acropolis Museum is included in the best museums in the world, while during its twelve-year operation has created new data in the country’s museum landscape. The selection of Prof. Nikos Stampolidis creates new perspectives and offers additional dynamics to a Museum that has attracted important international distinctions and (has gained) the preference of visitors from Greece and abroad. Nikos Stampolidis, an archaeologist with award-winning work, in addition to being a scholar with excellent training, is a man with a modern understanding of both archaeology and the connection between culture and society. It has the knowledge, the mood, and the vision so that the Acropolis Museum can dynamically continue its highly successful work, as well as expand and multiply its activities “.

The President of the Museum of Cycladic Art Sandra Marinopoulou states the following:

“We want to express our warm congratulations to Professor N. Stampolidis, Director-General of our Museum for 24 years, for his new position. It is a pleasure and an honor for us to assume the duties of Director General at the Acropolis Museum, one of the best Museums in the world. We are sure that he will excel. We thank him for everything he offered to our Museum and we wish him every success.”