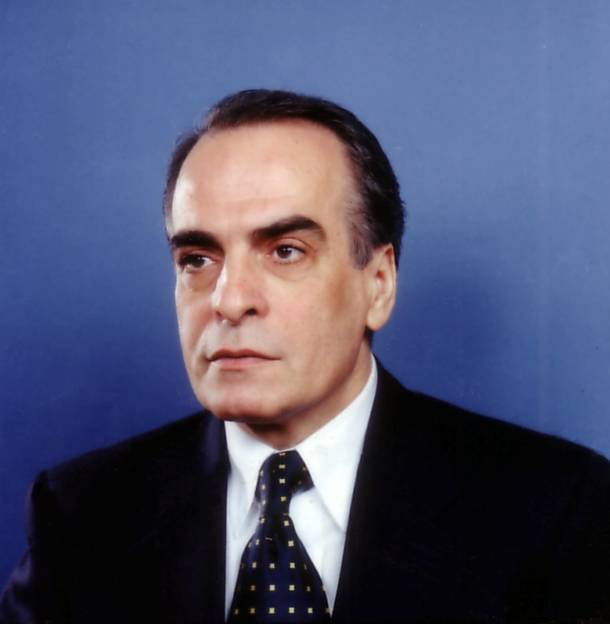 Nikolaos Kaltsas, the renowned archaeologist who served as director of the National Museum of Athens, will be staying in Egypt for more than three years in order to contribute organising the Grand Egyptian Museum, which is under construction.

He has served the NaMA for twenty whole years, in key positions. In 1992 he was appointed curator of the Museum’s sculptures collection while from 2001 up to 2012, as the Museum’s director, he was connected to its refurbishment.

Due to his experience in undergoing such a great task in one of the most important museums of the world, he was seen as the most appropriate to contribute in organising of the Grand Egyptian Museum in Cairo, which is considered to become the world’s biggest museum.

Mr. Kaltsas accepted the honorific proposal/challenge, according to an interview he gave to Dimitra Symeonidou for the Thracian newspaper “Chronos”.

His retirement last year was a conscious desicion. As he stated to Mrs. Symeonidou, “I wanted to work exclusively with archaeology as when one runs a very big museum, he cannot get into archaeological research… administration occupies most of his time”. So, he worked excavating the mountains of Nafpaktos, the region of ancient Aetolia.

It was around that time when he accepted the work proposal in Egypt. “They proposed me to work for the new museum under construction in Cairo, the Grand Egyptian Museum. I do not hide that I thought about it very much, although the proposal is very promising, expremely interesting and very honorific for me…to organise and work for this museum. There will be difficulties as, when somebody is not 20 or 30 years old, it is not easy to live in a new foreign country, as in Egypt. However, the challenge was so big that I couldn’ t resist, and I couldn’  say no. I accepted on the term that I ll go on a a trial period basis, I ll see how things are, how life is and I ll decide. The prospect of staying in Egypt according to the proposal is at least for three years”.

It is good to say that the Grand Egyptian Museum will be inaugurated in 2015. The Museum will host more than 100.000 works of art and monuments from the Pharaonic times. Among these objects, many will come from the Cairo Museum, which opens its doors in 1902 and its space is now too small for its many artefacts. As said by the Egyptian Minister of State for Antiquities, the works for the third and final stage of the Grand Museum’s construction will last up to three and a half years and will cost for more than 300 million dollars. The museum, which is under construction in the Cairene suburb of Giza, will cost overall 828 million dollars and will offer more than 20.000 job positions in an era when economy, especially in tourism, has received a major blow.

On the occasion of his work in Egypt, Mr. Kaltsas spoke about the way of enhancing Greek antiquities. “We are in a very good stage and although people sometimes observe and comment our sites are abandoned, this is not true”, says Mr. Kaltsas, adding that “we have to consider something that happens in Italy. Greece and Italy are two countries whose the whole territory is a giant archaeological site. It is not possible for the state to make excavations everywhere. Wherever there is need for digs, there have been digs and there are a lot of archaeological sites in our country. At least the popular sites are well-presentable. And especially from 1995 to 2005 there have been lots of new museums while a lot have been refurbished. Also, Greece’s presence in activities abroad, such as temporary exhibitions, is remarkable, while there have been fruitful and creative cooperations between Greek and non-Greek archaeologists” .