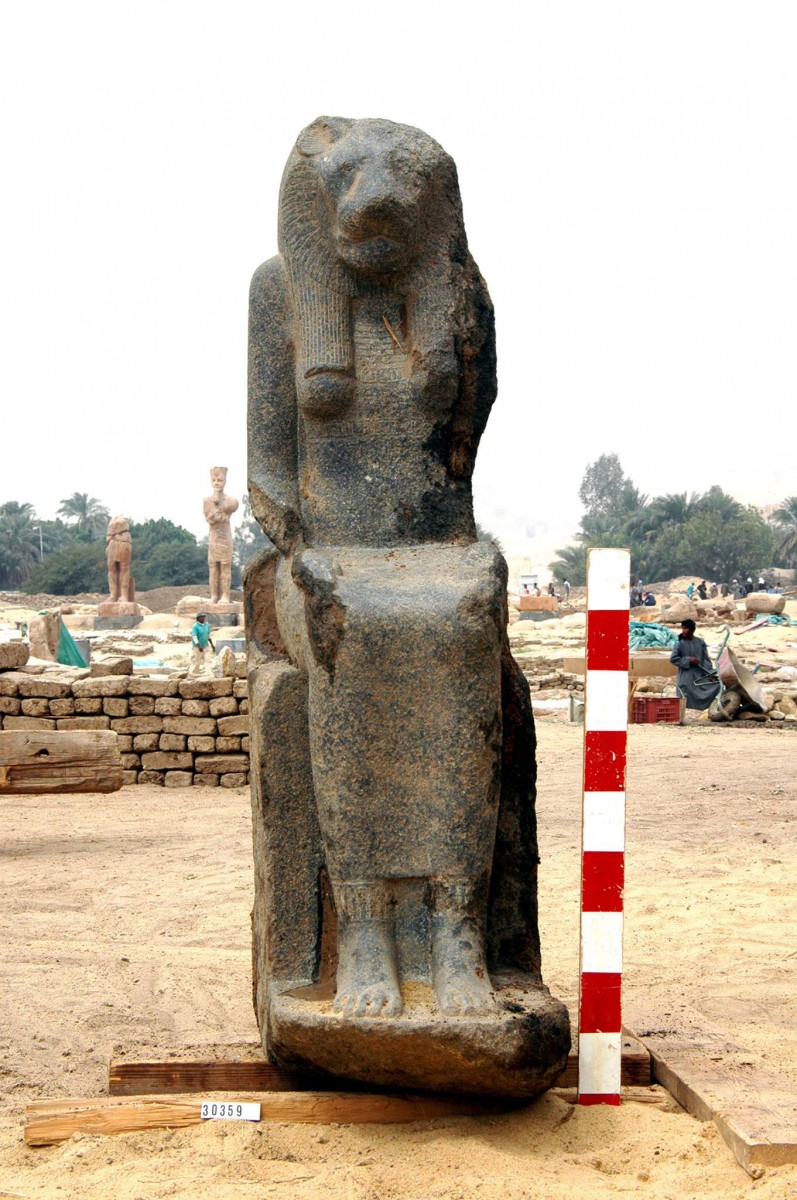 In particular, a group of 8 statues of the goddess Sekhmet in black granite were discovered by the members of “The Colossi of Memnon and Amenhotep III Temple Conservation Project” directed by Hourig Sourouzian.

Six of the statues represent the lion-headed goddess seated on a throne and holding a symbol of life in her right hand. Of the statues, three are almost complete, while the other three survive partially: the upper part of one and the lower part of the remaining two have been recovered.

Two more statues , surviving in fragmentary condition, represent the goddess in standing attitude. They are headless and the lower parts are missing. The goddess is depicted holding a papyrus scepter in the left hand and a life symbol in the right.

Sekhmet, “the Powerful” is a mighty solar goddess who is associated with the King’s solar qualities as venerated in his ‘temple of millions of years’; she is to protect him the way she protects the Sun-God Rê by repelling his enemies.

Many similar statues, which used to surround Amenhotep III temple’s large peristyle court and hypostyle hall  have been discovered in the site during the past. Each statue is a masterpiece, combining the head of a lion with the body of a woman wearing a tripartite wig and a long tight fitting dress.

The authorities plan to put all the recovered statues on display in situ, following their cleaning, desalination and documentation. The site itself is set to open to visitors once it is protected by a fence and secured.

Beside the statues, the team also discovered the middle part of a headless 0,77m-high and 0,56m.-wide statue in black granite, representing Amenhotep III standing, wearing a jubilee cloak. Two similar statues discovered in the temple a century ago are now kept in the Egyptian Museum in Cairo.