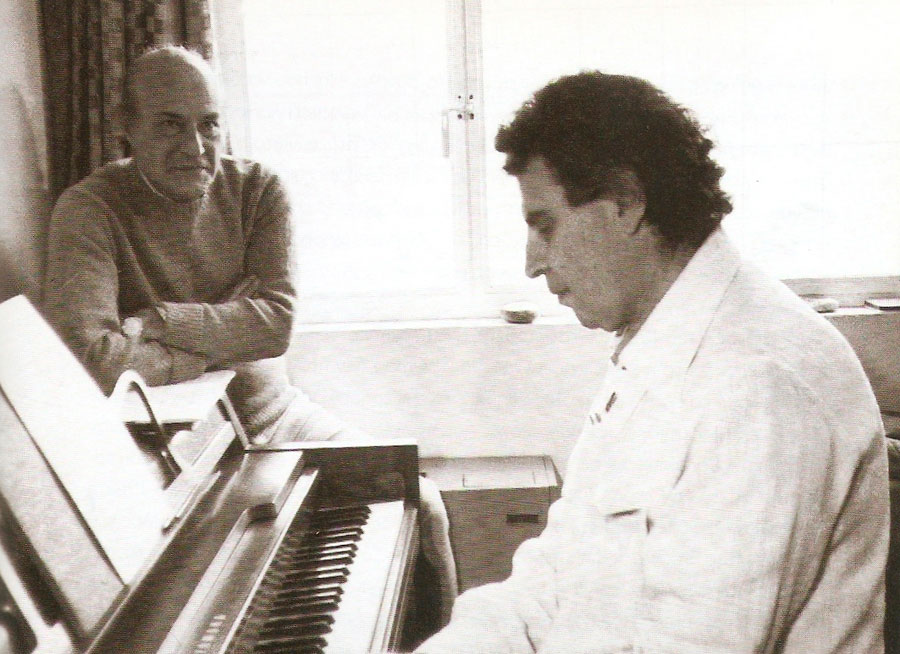 The National Archaeological Museum of Athens is preparing for the biggest musical event in its history. On Saturday, April 20th 2013, at 7.00 p.m., in collaboration with the Ilion Musical School Mikis Theodorakis’ symphonic work Axion Esti, the famous poem of Odysseas Elytis, will be presented.

The vision of the museum is to serve as a space of inspiration and expression, a place where ancient Greek art meets with modern creativity. The presentation of such a significant musical work, performed by children, becomes even more significant when the symbols of memory and hope co-exist within the magical world of the statues.

The presentation of Axion Esti is for the first time being conducted by students, thanks to the kind permission of the composer. 167 students will perform the symphonic work.

“In my opinion Axion Esti of Elytis constitutes a monument of Greek art. Moreover, its profound Hellenism places it in the forefront of our people’s struggle for completeness both from a historical and ethical standpoint and in its presentation.

Naturally, its dimensions as well as the form of the poetic text led to the consideration of a new musical form. The work covers the entire history of the Greek nation… from the Genesis ‘of this small world, the Great’, to the prophetic vision of the sufferings which were imposed on us. (…)

It has three basic parts, Genesis, the Passion and the Gloria (Axion Esti). So much for its surface divisions; – as for its internal structure, there are also three elements – the narration, the hymn and the chorale. For the first the poet uses prose for the second free verse and for the third measured verse. So in my work I used parallels – the Narrator who reads the [prose] work, the Psaltis [Orthodox Cantor] for the hymns and the Popular Singer for the choral sections. Another three equally basic elements complete the musical construction of the work : a) the mixed choir, b) the orchestra and c) the popular instruments. Beside the popular orchestra (two bouzoukis, guitar, piano, bass and drums) I came naturally to add two more organic units, one vocal and one instrumental which… had to fit into the new musical mood so as not to be a mere collation of heterogeneous elements,” according to Mikis Theodorakis.

The event is being organized in the framework of the celebration of the International Day for Monuments (April 18th), this year dedicated to the heritage of Education. The event will demonstrate the high artistic education provided by the musical schools in Greece and give an idea of the vision and aims of the first museum that resists the devaluation of the historical centre of Athens and aspires to become its most vital part.

The event will also be live streamed on http://live.grnet.gr/namuseum/.