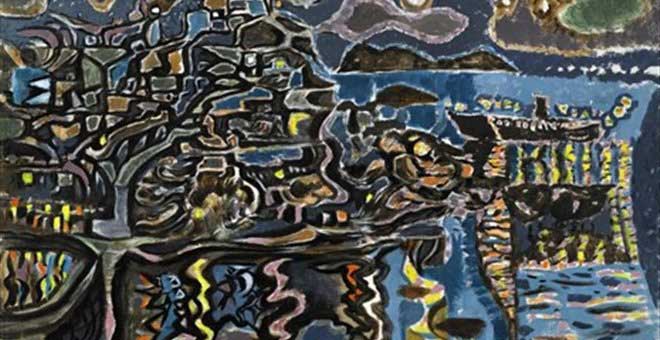 At the auction of May 23rd

Five paintings of the significant Greek artists Konstantinos Volanakis, Nikos Hadjikyriakos-Ghika and Nikolaos Gyzis will be included in the auction of 19th century European paintings, which will take place on May 23rd 2013 in London by Sotheby’s.

The five paintings will be auctioned next to great works of art by painters of the 19th century, such as the Spanish painter Joaquín Sorolla’s Niños en la playa (Children on the Beach), which has been in the artist’s family since the late 1950s and now appears at auction for the first time (estimate: 2,1-2,9 million euros); and the iconic interior “Interior with Ida Sewing”, by the Danish painter Vilhelm Hammershøi, whose work prompted intense international bidding in our equivalent spring auction last year. These works are complemented by important paintings spanning all of Europe’s regions and schools.

The auction includes 94 lots and is expected to bring in more than 8,7 million euros.

Regarding the Greek paintings, the Hadjikyriakos-Ghika’s “Nocturnal Hydra” is estimated to have the highest price, between 35,200 and 59,000 euros, along with “Night outside a church”.